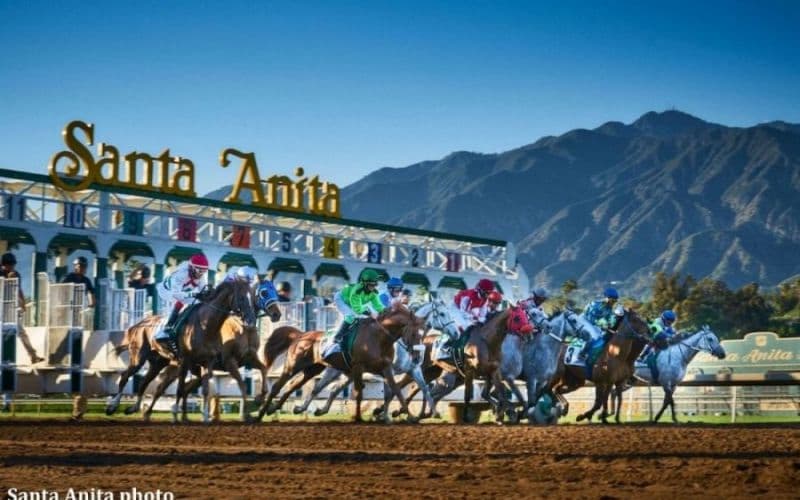 Our last piece covered the Sunshine Millions series set to run at Gulfstream Park on Saturday. Another big event will take place the same day at Santa Anita Park when the track hosts its Cal Cup Day.

There will be a total of five stakes races that are part of the lucrative Golden State Series at the track, and they are open to California-bred or California-sired runners.

Not to be confused with the other races of the same name at Gulfstream Park, this will be the first of the series at Santa Anita. The race is open to 4–year-old-and-up fillies and mares and covers six furlongs on turf.

The field of nine is being led by morning-line favorite Warren’s Showtime, a multiple stakes winner. Some of the other top names include Mo See Cal and Leggs Galore.

This race for 3-year-old fillies covers one mile on turf. The field of 10 sophomores is led by Sensible Cat, who is two for three after rallying to win by 1 3/4 lengths on dirt at Los Alamitos on Dec. 12. Her biggest challenger will likely be Closing Remarks.

The third race of the Cal Cup Day series is open to 3-year-olds and covers 1 1/16 miles. A first-time maiden winner going 6 1/2 furlongs on Dec. 27, The Chosen Vron tops the field of nine.

He will have a change of jockeys as Joel Rosario takes over for John Velazquez as he runs in his second race. Some other names to pay attention to include Positivity and Big Fish.

He is coming off a fourth-place effort at Del Mar in the Nov. 27 Hollywood Turf Cup Stakes (G2), where he registered a 110 Speed Figure. Ward’n Jerry could also make some noise. He finished seventh behind Acclimate in that Hollywood Turf Cup race.

The closing race of the Cal Cup Day series is open to 4-year-olds and up and covers six furlongs. One of the leading runners among the field of 11 is Loud Mouth, who came back from a 20 3/4-length allowance loss Oct. 25 to take a four-length win going 6 1/2 furlongs Sept. 26.

He also won the seven-furlong Cary Grant Stakes at Del Mar Nov. 22 after coming in as an afterthought. Other top names in the event include Fashionably Fast and Tigre Di Slugo.