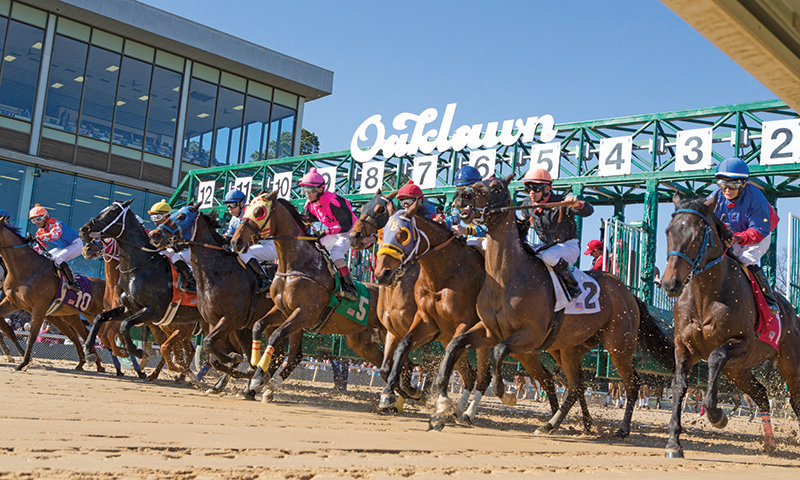 Oaklawn Park has always been a popular spot for California trainers and their horses, but with the uncertainty of racing in Southern California during the pandemic, it feels like a bit of a mass exodus this season. Golden Gate Field made horse racing news when they did finally re-open last week, but it came at a time when many trainers had already made the decision to take their horses to Oaklawn.

It is not a huge surprise to see this move for a variety of reasons, one of which is that a pair of California trainers landed in the top 10 in the standings there last season. The new season at Oaklawn Park is set to begin on Friday, January 22, with a total of 57 races days on the calendar.

Trainer John Sadler arrived at Oaklawn Park with his horses this past weekend, and he will be looking to improve on what was a strong meet the last time out. He finished in 5th in the trainer standings in his last season at Oaklawn, delivering 15 winners during that meet. He will have competition from another California based trainer, with Jerry Hollendorfer also taking horses to Oaklawn.

Hollendorfer also had a good season

At Oaklawn Park last time out, finishing in the top 10 in the trainer standings. He is upping his presence this season, as he is taking 40 horses to the meet, which will include seven horses from his newest client, Frank Stronach. With that in mind, Holldendorfer has the potential to make horse racing news with another strong performance at Oaklawn Park this season.

It is a solid group of horses that Stronach plans on sending to Arkansas, led by Green Light Go, a graded stales winner in 2019. The horse has not taken part in a race since May of 2020, but he has been training at Oaklawn and looks sharp ahead of the new season. Sunny Dale, who already has three career wins at Oaklawn will also be there, and we may also see Awesome Anywhere, although he will not likely get a race until later in the meet.

Phila D’Amato and Peter Miller, both of whom won 5 races each at Oaklawn last year, will also represent California in the upcoming meet.

Be sure to check Horse Racing Tote for all the latest horse racing news, previews and results.