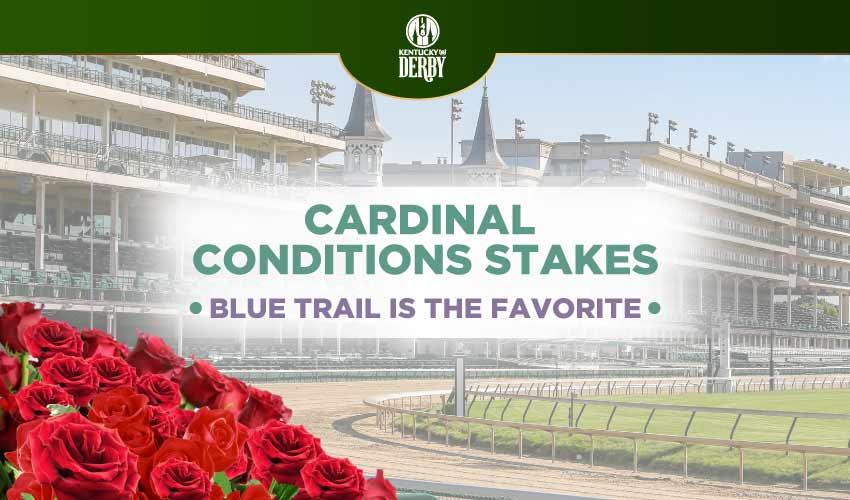 The European Road to the Kentucky Derby series concludes on Thursday as six three-year-old colts line up in the Cardinal Condition Stakes at Chelmsford. The event offers 30 points to the winner, which should catapult him to first place on the leader board, while the leading candidates are Blue Trail and Harrow, who finish first and second, respectively, in another part of the series held in Kempton.

The Cardinal Condition Stakes is about to be run just for the third time because being established in 2019; its 2020 edition was cancelled due to the outbreak of Covid-19.

On the all-weather track, six three-year-old colts will attempt to earn some points toward the European Road to the Kentucky Derby. This Class 2 race is run over the distance of a mile with the purse of £100,000 being up for grabs, while Blue Trail from Godolphin is one of the leading chances here. The son of Teofilo has three starts under his belt in 2022, coming in second in his debut, upon which he scored his premiere victory.

Next time out, the Charlie Appleby trained colt headlined a race that was also the part of the Road to the Kentucky Derby where Blue Trail covered the mile-trip at the back of the field, and even though the jockey had to work hard on his mount, they narrowly prevailed in a fight of three participants. Blue Trail also scored thanks to the fact he saved some ground when turning home, unlike Harrow , who spent the race in the last position and finished on the outside.

The grey son of El Kabeir bagged three victories in seven outings in 2021, so being much more experienced than his rival, he rallied forward willingly last time out, and he missed the win just by a nose. Still, it was just the first start of the 2022 season for Harrow, and therefore, he could be even better on his second outing.

The third contestant with some earned points towards Kentucky Derby is Find, trained by John and Thady Gosden, who finished third in the mentioned race as he was always close to the front, then took command in the final stretch, and lost to Blue Trail and Harrow in the last strides.

It won’t be a massive surprise if he turns the table on his opponents, but he just needs to find a bit more to deny them success this time. The last to mention is Mr Professor, with some Dubai experience who even scored a Listed race in 2021, but when he aimed at the same stage in March, he failed to deliver at the Saint-Cloud Racecourse.

Harrow, who ran a respectable third in last year’s G3 with some exciting colts, and even though he lost to Blue Trail in his seasonal debut, he should build on that form and move to the top of the Road to the Kentucky Derby leader board.