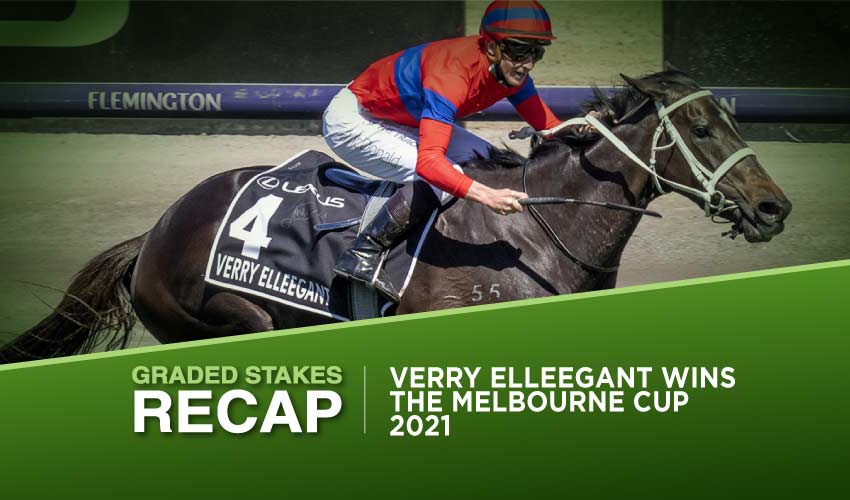 The race the Australians treasure as their gem was once again held on the second Tuesday of November at the Flemington Racecourse; however, the clear favourite Incentivise found a rival better than him on that very day – six-year-old champion mare Verry Elleegant. She ensured the first Melbourne Cup triumph for herself, jockey James McDonald, and also trainer Chris Waller.

The richest Flat handicap in the world has always been capable of writing great stories, while the 2021 edition of the G1 turf race wasn’t an exception. With the purse of A$8,000,000, 24 three-year-old and older horses met at the distance of two miles, while the preferred participant, five-year-old Incentivise (19-10), brilliantly handled the wide gate and arced the first turn at the second place. However, even such a smart manoeuvre didn’t help him to fulfil the role of a favourite here as Australian wonder mare Verry Elleegant (17-1) was uncatchable on that very day.

The six-year-old Chris Waller’s charge has provided the connections with many outstanding performances throughout her career, which she crowned with Melbourne Cup on Tuesday when utterly enjoying herself, being eager to race, and as the field was turning home, she already left her spot in the midpack.

Charging from the outside, James McDonald was merely showing the way as Verry Elleegant knew very well what she was doing, passed her rivals by and surged for the lead unchallenged. She scored her ninth G1 victory by commanding four lengths in 3m 17.43s and being basically superior to anybody else in the race. Incentivise had probably given out too much energy when sitting so close to the pace, and his finish didn’t resemble the one he put on in the Caulfield Cup; still, he held off the European raider Spanish Mission (9-1) in third.

The most successful trio displayed their class and didn’t give a chance to the rest of the field, from which the least carrying Floating Artist (10-1) snatched the fourth place in front of reliable New Zealander The Chosen One (30-1). The latter even bettered Verry Elleegant in the last edition of the Melbourne Cup, where he finished fourth and the mare was seventh, yet it was an entirely different race from the wonder mare this time. While the first trio belonged among the most carrying participants, last year’s winner, Twilight Payment (12-1), carried even more and couldn’t get past 11th place.

Follow us on Social Media for instant Verry Elleegant updates