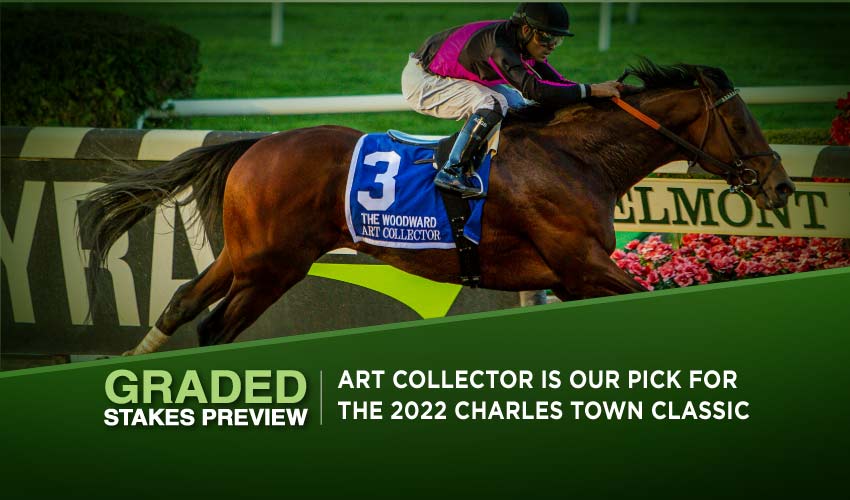 On Friday, the Charles Town Race Course offers a real treat in the G2 Charles Town Classic over a mile and a furlong as the event attracted its previous winner, Art Collector. However, the bay will be faced with a fierce opponent in Mind Control, who defeated Hot Rod Charlie last time out. Moreover, the meeting also holds the G3 Charles Town Oaks for three-year-old fillies, where Society is a mild favorite in a very competitive field, we have the Charles Town Classic Odds & more!

Nine three-year-old fillies head into this G3 race held on the dirt surface and the distance of seven furlongs.

They are about to vie for the purse of $500,000, while it’s quite difficult to pinpoint the particular filly who should bag the Charles Town Oaks as all of the considered participants have been disappointing in one of their previous outings.

Currently, it’s the Steven Asmussen bound Society (3-1) who retains the role of the favorite but the quality of her recent performance is questionable. The daughter of Gun Runner broke her maiden in 2021, then continued successfully in the Allowance race, and in June, Society prevailed at the black-type scene.

In July, she lined up for the G1 American Oaks at Saratoga. Back then, she was basically out of the chance to threaten Nest and Secret Oath and trailed home in fourth (out of five fillies) without having a bright moment.

Still, she should be good enough to shine at the G3 scene; moreover, she could be capable of some further progress at this stage.

Divine Huntress (4-1), trained by Graham Motion, also showed up among the elite as she ran in second in the G1 Acorn Stakes in June. However, the field consisted only of four fillies, plus Divine Huntress didn’t display anything of interest in her Graded outings prior to that run. Last time out, the daughter of Divining Rod narrowly scored a black-type race.

Midnight Stroll (7-2) has enjoyed a black-type victory, too, and subsequently failed to impress among the G2 company.

She, later on, welcomed a drop in the class when aiming at the G3 Delaware Oaks, where the John Terranova II trained filly bagged a tight win. Midnight Stroll used up the weight advantage to the fullest; however, she’ll be one of the most carrying fillies on Friday, together with Lady Scarlet (5-1).

In March, the Michael Maker bound bay achieved her first black-type success, and even though she didn’t continue her progress entirely in the G3 Beaumont Stakes, she made amends in the G3 Miss Preakness Stakes in May. Lady Scarlet ran a superb race back then, delivering a solid finish to score decisively.

Her only July performance at the Listed scene didn’t go well, but she had some excuses, so on Friday, she is definitely a place contender.

The last to mention is Free Like a Girl (6-1), who earned money in both her G3 efforts and in August, she thrived in a black-type event, bagging it by more than six lengths.

Our pick for the Charles Town Oaks is Society who should be good enough to win a G3; moreover, she drew a better post position than Free Like a Girl, who might be the second best here.

The purse of $1,000,000 lured in a field of eight three-year-old and older horses to cover the distance of a mile and a furlong.

On the dirt surface, Art Collector (6-5) is preferred to become a back-to-back winner of the G2 Charles Town Classic as the William Mott-trained bay has a promising 2022 US debut under his belt.

The five-year-old son of Bernardini scored the G2 Blue Grass Stakes in 2020, and even though he didn’t draw on that performance in that season, he returned among the elite in 2021.

After triumphing in the Listed Alydar Stakes, Art Collector completed a victorious hattrick thanks to great efforts in the Charles Town Classic and the G1 Woodward Stakes. He, indeed, showed nothing interesting at the Breeders’ Cup and Saudi Cup meeting, but last time out, he again prevailed in the Alydar Stakes.

Therefore, he looks ready to return to the winning ways on Friday. Mind Control (2-1) looks set to be the favorite’s most serious rival.

The six-year-old horse trained by Todd Pletcher was capable of winning G1 races in the past, and throughout his rich career, he collected seven Graded successes.

In 2022, his form doesn’t seem bad at all, as after commencing the season with third place in the G1 Carter Handicap, he couldn’t keep up with the best in the G1 Churchill Downs Stakes but most recently, Mind Control delivered in the G3 Salvator Mile Stakes in Monmouth Park.

When running from the front, he perfectly used his weight advantage over preferred Hot Rod Charlie to prevail in a tight finish. On Friday, he’ll carry the same weight as Art Collector, which seems fair, and their duel could be thrilling to watch.

The rest of the field shouldn’t match the mentioned couple. Officiating (8-1) looks to be the best of the rest as the Saffie Joseph-bound four-year-old already has three G3 victories under his belt.

The quite consistent runner won the Cornhusker Handicap last time out, bettering some well-known horses under a lightweight.

He is a place contender here alongside Last Samurai (8-1). The Wayne Lukas’ trainee scored the G2 Oaklawn Handicap in April when carrying the smallest weight, but neither at first nor second sight does he look dangerous for Art Collector and Mind Control.

Muad’dib (10-1) is the last to talk about here as the five-year-old gelding is unbeaten in all ten starts, all of them recorded in Charles Town. He’s bagged three black-type events here, and it’ll be interesting to see how the local star fares, facing contenders from elsewhere.

Our pick for the Charles Town Classic is Art Collector, who seems in form, and because his rival Mind Control carries the same weight, Art Collector should show his class and prevail here again.