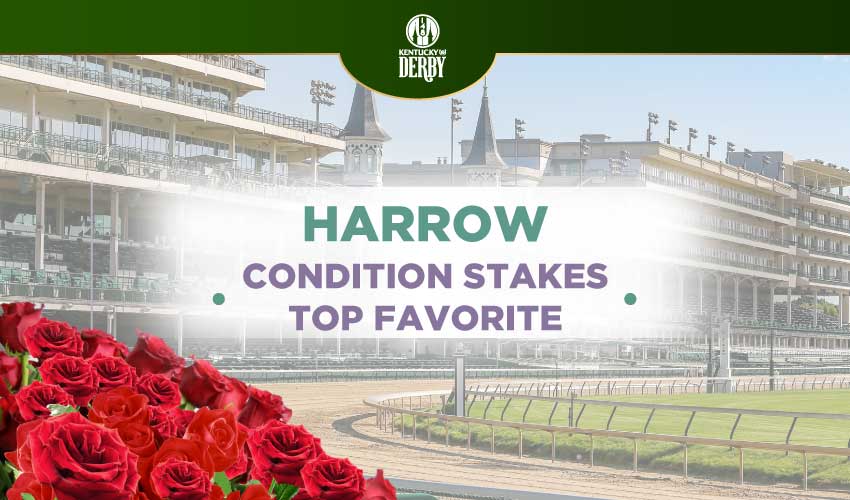 There is a place in the Kentucky Derby for a European raider, and ‘Road’ points are on offer in Britain at Kempton Park on Wednesday night, when leading trainers John Gosden, William Haggas, Andrew Balding, and Charlie Appleby unleash promising three-year-olds who may yet get their chance to run for the Roses. Let’s take a look at the Condition Stakes Odds and our betting preview.

**There is no betting on-course in Condition Stakes and no morning-line. The odds quoted are taken from Jazzsports, are in-play at the time of writing and consequently may vary, and are included as a guide to the relative merits of each horse rather than a prediction of final odds.

The long and winding road that leads to Churchill Downs in May takes a diversion into Europe this week, with the ‘Road to the Kentucky Derby’ Condition Stakes under the floodlights at Kempton Park – the closest racecourse to Buckingham Palace – offering 20 points to the winner, although none of the runners have as yet been nominated to the Triple Crown.

Despite the unfamiliar nature of racing in Britain to most US bettors – Kempton is a right-handed circuit, with a one-turn mile and a three-furlong home straight – there is a lead-in here, with likely favourite Harrow (7-4) connected to Breeders’ Cup Juvenile Turf winner Modern Times.

On his most recent outing, Harrow ran third behind Modern Times in a Group 3 at Newmarket over seven furlongs in September, beaten almost four lengths after losing track position at a crucial stage. The winner later made the form look good at Del Mar, but this will be Harrow’s first start on a synthetic surface – he has trained on it – and his first attempt at a mile. He is officially rated 5lb clear of the field, but good juvenile form is not always a guide to good three-year-old form, as British bettors over the years have learned to their cost, and his stable is going through a quiet patch.

The Godolphin runner Blue Trail (+175) was unraced at two and had two runs within two weeks in January, shaping with considerable promise when winning a poor contest over the synthetic mile at little Southwell by nearly five lengths. The bare form means nothing, but Blue Trail is proven at the distance and an almost guaranteed improver.

Both Grenoble (+400) and Find (+650) have been gelded since their last start, not usually a promising sign, and try synthetics for the first time. Grenoble won a little race at Nottingham over an extended mile on soft ground in October before failing to cope with the step up to a Group 3 at Leopardstown, finishing seventh.

This class drop will help and he is preferred to Find, who is only one-for-six and ran very poorly on his last two starts. He is almost certainly better than that, but his five-star trainer, rather than his perceived ability, is the reason for his odds.

Wyvern (+1400) was visually impressive when breaking his maiden over the synthetic seven furlongs at Lingfield Park, clearing away to win by five and a half lengths. He beat nothing, but merits this step up in class and – in contrast to Find – his relatively unfashionable trainer should ensure attractive odds with the bookmakers.

One-race maiden Swatch (+6000) is in at the deep end and, along with Havana Goldrush (+10000), who has won over course and distance but at a much lower level and is having his second race within a week, is hard to fancy.

Harrow has the form in the book and is officially rated 5lb superior, but BLUE TRAIL has a recent win on this surface and could have any amount of improvement in store.

Follow us on Social Media for instant ‘Road to the Kentucky Derby’ Condition Stakes updates!