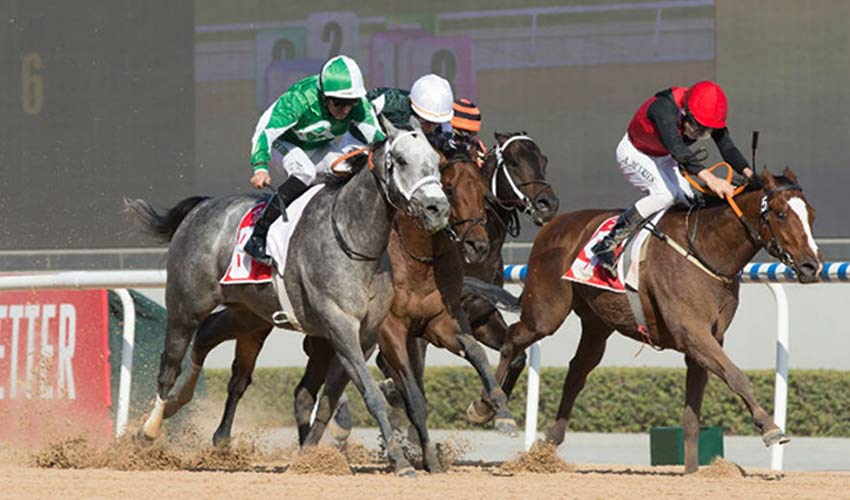 The 25th Dubai Racing World Cup 2021 is set to run on March 27 at Meydan Racecourse. This year’s edition will feature a lineup of 14 group/grade 1 victors; and up to 117 runners from 11 different countries.

The most-anticipated race is the $12 million Dubai World Cup Sponsored by Emirates Airlines (G1). It covers a distance of 2,000 meters or about 1 1/4 miles, and it is set to see 14 horses run.

The leading name in the field is Mystic Guide, a 4-year-old son of Ghostzapper owned by Godolphin and trained by Michael Stidham. Mystic Guide is one of three horses entered by owner Godolphin, with the other two being Gifts of Gold and Magny Cours.

Some of the other competition set for the race includes Jesus’ Team, runner-up finisher of the Pegasus World Cup Invitational (G1), and Sleepy Eyes Todd, a grade 2 winner. Louisiana Stakes (G3) winner Title Ready will also run as part of the United States’ lineup.

The top runner coming from Japan is the grade 1 winner Chuwa Wizard, victor of the Champions Cup (G1) at Chukyo Racecourse in December. He is trained by Ryuji Okubo.

Ajuste Fiscal will travel from Uruguay for trainer Antonio Cinta, while Saudi Arabia’s Great Scot looks to improve on his third-place finish in last year’s edition of the race.

Another one of the major races is the $6 million Longines Dubai Sheema Classic (G1). Covering 2,410 meters, or about 1 1/2 miles, the event features one of Japan’s top mares in the multiple grade 1 winner Chrono Genesis.

Trained by Takashi Saito, she will face Mogul, a dual group 1 winner, and victor of the Longines Hong Kong Vase (G1).

The $4 million Dubai Turf Sponsored by DP World (G1) covers 1,800 meters or about 1 1/8 miles. The field is led by the United Kingdom’s Lord North, winner of the Prince of Wales Stakes (G1). Other top British runners will also run, including Jebel Hatta winner Lord Glitters, the Sir Michael Stoute-trained Regal Reality, and Court House and Epic Hero from Simon Crisford.

The $1.5 million Dubai Golden Shaheen Sponsored by Gulf News (G1) covers 1,200 meters or about six furlongs. The multi-national field will include Wildman Jack, trained by Doug O’Neill. He was the winner of the 2020 Nad Al Sheba Turf Sprint Sponsored by Arabian Adventures (G3).

Another U.S.-based graded winner, Yaupon, will also be in the field. Trained by Hall of Famer Steve Asmussen, he is coming off an unplaced run in the Breeders Cup Sprint (G1) in November.

Get a Daily Rebate and make sure to stay tuned for the latest horse racing odds, races news and racing entries.