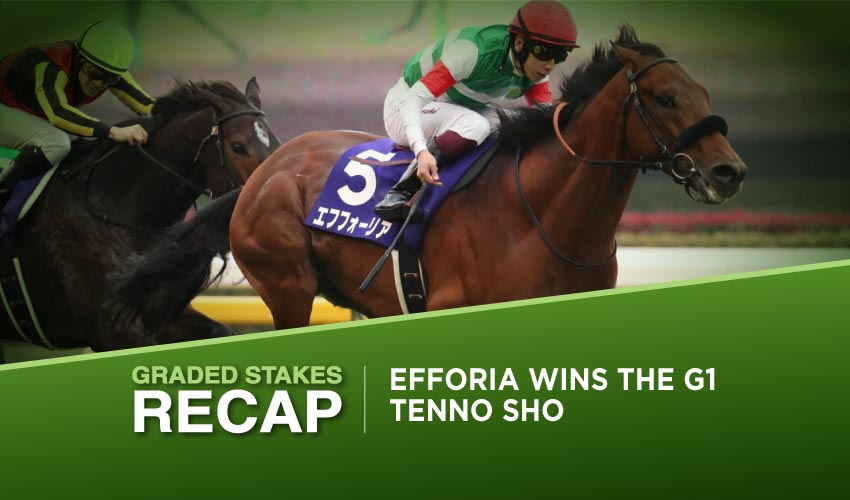 With the beginning of the Autumn part of the Japanese season, exciting clashes between three-year-olds and older horses are on the menu, while its top item had been already held on Sunday – the G1 Tenno Sho Autumn . Last year’s Triple Crown winner Contrail was returning here after a pause but didn’t manage to catch the 2000 Guineas 2021 winner Efforia; still, Contrail could make amends in the remaining legs of the Autumn Japanese Triple Crown, the Japan Cup and Arima Kinen.

The first part of Autumn Japanese Triple Crown, a mile and a quarter long turf race with the purse of 290,800,000 Yen, meant another defeat for last year’s winner of the Triple Crown for three-year-olds, bay colt Contrail (6-4), as he couldn’t simply better three-year-old Efforia (12-5). The Yuichi Shikato bound bay scored the 2000 Guineas, upon which he ran a great race in the Japanese Derby where he seized the second place, and he rested until Sunday when he delivered another stunning performance. Piloted by Takeshi Yokoyama in the midpack, he switched to the outside in the final stretch and commenced his finish. Gran Alegria (9-5) galloped already at the front after spending the race in third; however, the last furlong proved to be too much for her; thus, Efforia passed her by quite easily to win his second G1 race in 1m 57.90s.

The giant colt again displayed a tremendous amount of class when winning by a length in front of Contrail, who had a difficult time in the final stretch, struggling for some space and being quite unable to surge forward unbothered by others. In the end, he snatched second place after being on a hiatus since April, suggesting he should be a major player in the upcoming parts of the Autumn Triple Crown. Gran Alegria was third by a neck.