Epicenter & Crown Pride earned their Ticket for the KY Derby 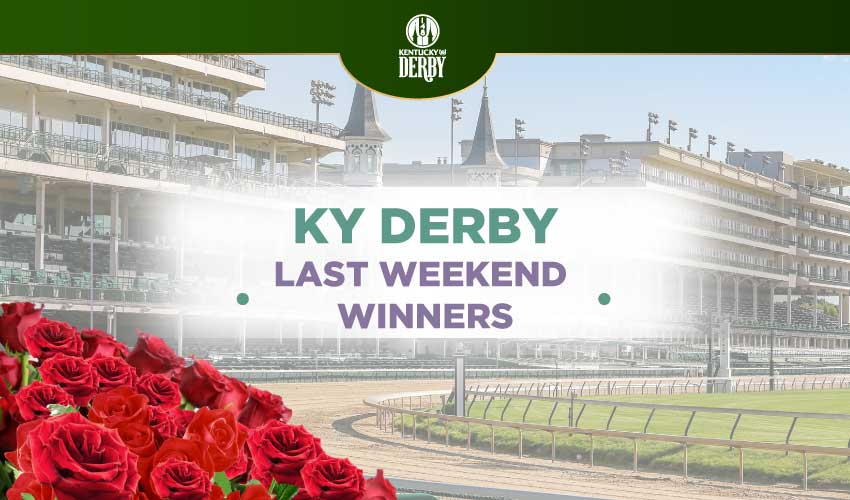 Let’s take a look ahead to a bonanza weekend of KY Derby preps that includes the Florida Derby at Gulfstream Park, used as a final prep by four of the last nine Kentucky Derby winners.

Two more horses stamped their ticket for the KY Derby last weekend, but it was one who had already sealed his place that left the greatest impression.

The victory of Epicenter (5-1) in the G2 Louisiana Derby at the Fair Grounds gave the big race a new favourite and laid down a solid marker for his potential rivals to aim at on May 7, especially as the son of Not This Time displayed a tactical versatility that increased his stature among the current crop. Hitherto a one-dimensional speed horse, Epicenter rated easily behind the pace and, when sent on, comfortably dominated a good field.

He’ll have no issue with the distance at Churchill Downs, has the right stuff in respect of class and attitude, and there should be more to come from him. Runner-up and third Zozos (30-1) and Pioneer Of Medina (55-1) are on the upgrade and will be worth their place in the Derby – if they both get there – but it’s hard to see them turning the tables on Epicenter.

The G2 UAE Derby at Meydan is an anomaly on the ‘Road’ but this year it has relevance, after Japan rolled out yet another international ace in the shape of Crown Pride (20-1), who looked blessed with plenty of stamina when rallying in deep stretch to win going away. That took his record to three-for-four, with his only defeat when dropped back to a mile on an off-track, and he is a serious contender in a year in which Japan has such strength in depth across the board.

Crown Pride has much more to recommend him than does Slow Down Andy (30-1), who gained sufficient points to claim a place in the Derby when winning the G3 Sunland Derby at the New Mexico circuit. The refitting of blinkers was evidently a plus, but Slow Down Andy was erratic in the stretch and the form is questionable, given that runner-up Bye Bye Bobby landed a stakes on debut at little Zia Park but hasn’t won in four starts since.

This weekend is huge for the KY Derby trail, with the G1 Florida Derby at Gulfstream Park always one of the main pointers to the race. This year it has drawn G2 Tampa Bay Derby winner and third Classic Causeway (10-1) and Shipsational (50-1), G2 Fountain of Youth winner Simplification (12-1) and G3 Holy Bull winner White Abarrio (18-1).

There’s also the G1 Arkansas Derby at Oaklawn Park, in which the filly Secret Oath (25-1) takes on the boys for the first time in a bid to qualify for both KY Derby and Kentucky Oaks. She could be the standout in a field that includes G2 Rebel winner and third Un Ojo (30-1) and Barber Road (40-1), plus G2 San Felipe runner-up Doppelganger, who is free to earn Road to the Kentucky Derby points for his new trainer Tim Yakteen.

And at Turfway Park, the G3 Jeff Ruby Steaks offers a back door into the Derby for some lesser lights, including another former Bob Baffert inmate in stakes winner Blackadder and turf runner Tiz The Bomb (50-1).

50-1 Cyberknife, Newgrange, Shipsational, Summer Is Tomorrow, Tiz The Bomb, We The People

Bold italics: horse assured of a run in the Kentucky Derby on RTKD points basis

Follow us on Social Media for instant KY Derby updates!