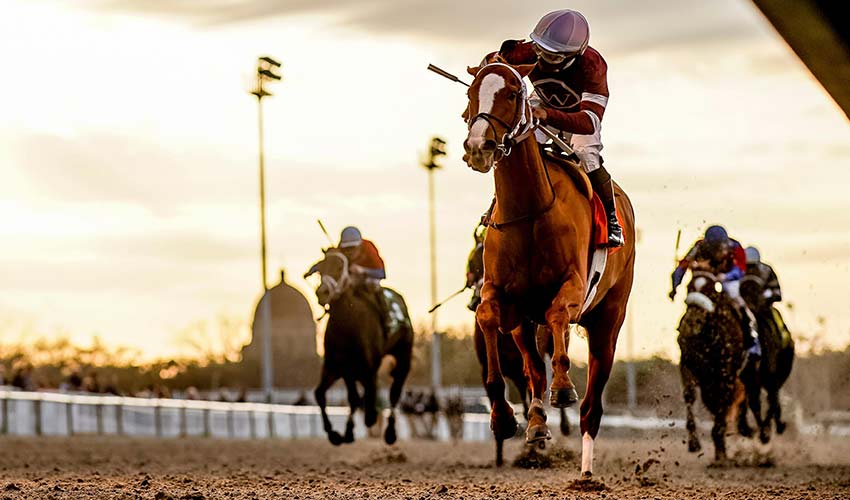 The $400,000 Fair Grounds Oaks (G3) will run this Saturday at Fair Grounds. The event is open to 3-year-old fillies, and it is a major stepping stone to the Kentucky Oaks. The race has produced multiple winners in the past, and this year’s field is loaded with talent.

The race is being highlighted by the third matchup between Stonestreet Stables’ Clairiere and OXO Equine’s Travel Column. Clairiere is currently +400 on the 2021 Fair Ground Oaks Future Pool, while Travel Column sits at +600.

Trained by Hall of Famer Steve Asmussen, Clairiere is a solid win contender coming into this one. She is the morning-line favorite and is coming off a victory over Travel Column in the Rachel Alexandra Stakes (G2); at Fair Grounds Oaks on February 13.

Despite only winning by a neck in the Rachel Alexandra; it does not demonstrate how decisive she actually was in the race. Travel Column was one length ahead at the top of the stretch before Clairiere easily passed her up.

The filly will need to demonstrate better speed this time around if she is to win. In the Rachel Alexandra, she only managed to register a 106 Speed Figure, which is low for her level.

Travel Column is trained by Brad Cox, and she is the second-choice coming into the race. The filly also has a good shot at winning; and despite the loss last time out; she managed to handle a wide first turn and chase the early fractions.

She should be able to run at a softer pace this time out; meaning she could take the lead and pull away far enough before Clairiere ever moves up. In the Rachel Alexandra Stakes; Travel Column only registered a 105 Speed Figure, so she will also need to step up her speed.

One of the top challengers for both Clairiere and Travel Column is Li’l Tootsie. Coming in as the third-choice, the Thomas Amoss-trained filly has a really solid shot at overtaking the leaders.

She won by an impressive four lengths in her January 16 maiden race. In that outing; she put forth an incredible performance in the stretch to outrun Euphoric; who was six lengths ahead of Closet Shopper in third.

Li’l Tootsie registered a 107 Speed Figure in that outing, which is higher than both Clairiere and Travel Column. However, there are some questions surrounding the runner, given her inexperience in stakes racing.

With that said, the filly has a strong team of connections around her. Trainer Amoss and owner Joel Politi were the same combination that owned Serengeti Empress; and Amoss has said he is confident in Li’l Tootsie coming into this one. If she can put up the same 107 Speed Figure or higher; she should be able to beat the top two favorites.

Li’l Tootsie is currently +3500 on the Kentucky Oaks Future Pool.

Make sure to check Horse Racing Tote for all the latest horse news; updated racing odds, last minute results and so much more