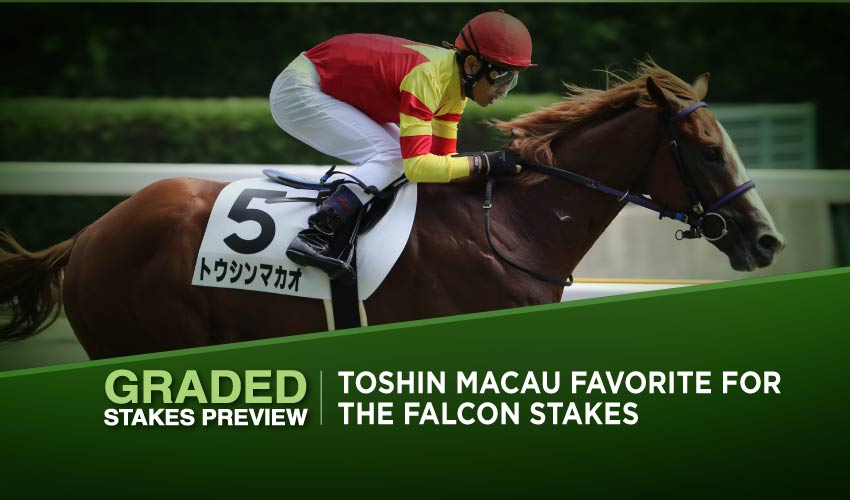 Saturday’s card at the Chukyo Racecourse offers especially the G3 Falcon Stakes 2022 for three-year-olds. The event hasn’t really generated outstanding performers in the past years; still, it attracted participants worthy of our attention, G2-placed Toshin Macau in particular.

Eighteen three-year-old colts and fillies will clash in this G3 turf race at the distance of seven furlongs, while the purse of 76,000,000 Yen is up for grabs. The field is packed with contestants that haven’t shown everything they’re capable of, so even the winners of maidens or newcomers could strike gold here, but let’s start with a participant who has already won at the Graded scene – Namura Lycoris.

The Yuki Ohashi bound filly enjoyed a great summer, indeed, as she started her career with a second place, upon which she bagged a maiden victory and the G3 Hakodate Nisai Stakes at the distance of six furlongs. She had no chance when meeting the elite in the G1 Hanshin Juvenile Fillies in December; moreover, Namura Lycoris showed nothing extraordinary also in a Listed race she ran in January.

It was a satisfactory performance from the colt as he also bettered Purper Ray, a Stakes winner and fourth at the G2 stage behind great Serifos. In the G1 Asahi Hai, he took eighth place, so his form sort of suggests he should once again finish behind Toshin Macau but could grab a good place.

Although he has no experience with the Graded races, Shohan Harukaku should be mentioned here as he’s broken his maiden in January, bettering Sublime Anthem, who then went on to score her maiden and bag the G2 Fillies’ Revue. There could be something about this Frankel’s son for sure, while another horse to consider is piloted by Christopher Lemaire – Lady Ballantine.

In her February outing, she won a Class 1 race at the Tokyo Racecourse, but the field features some other horses with similar resumé, and only Saturday’s race will tell of what quality those successes were.

Our Falcon Stakes 2022 betting pick is:

Toshin Macau, who ran a respectable race among the Graded company and scored his 2022 debut, suggesting he’s in fine form.

Follow us on Social Media for instant Falcon Stakes 2022 updates!