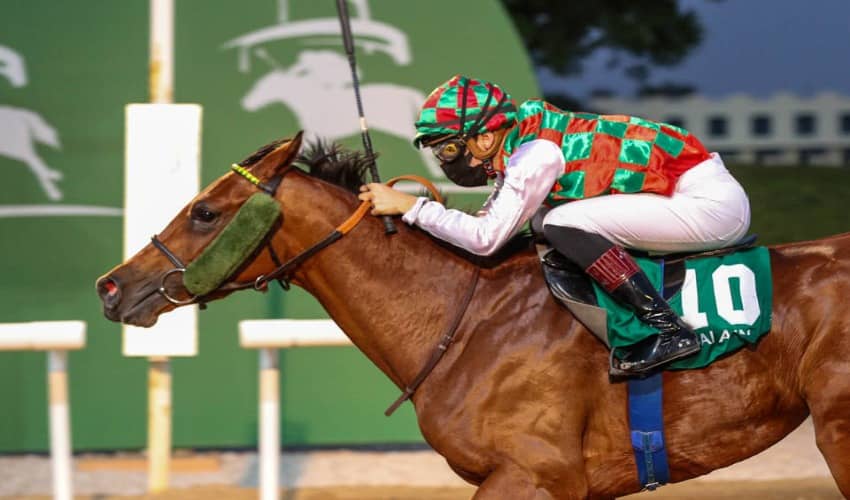 Two big international races took place overseas in Japan on Saturday. Both Grade 3 events, The Flower Cup and The Chunichi Sports Sho Falcon Stakes, highlighted some of the top runners in Japan.

Here is a recap of the two races:

The Flower Cup (G3) took place at Nakaya Racecourse and covered a distance of 1800m, and the event was open to 3-year-old runners. The turf was rated good to firm, and the first-place finisher received 35,567,000 Yen.

The winner of the Flower Cup was Ho O Ixelles, finishing in 1:49.2. The 3-year-old filly is a son of Rulership and Mejiro Audrey, and she went into the race with a career record of 1-1-1 from three starts with earnings of 21,060,000 JPY. In 2021, she had one second-place finish from one start.

The filly’s other stakes performance was that runner-up effort in the January 11 Fairy Stakes (G3) at Nakayama.

She was trailed by Enthusiasm, a filly from Deep Impact, and the American-bred Zealous Car. Enthusiasm went into the race with a record of 2-0-0 from four career starts and earnings of 14,510,000 JPY.

In her first stakes performance, the filly finished 1 1/4 lengths behind the winner.

Just a nose behind in third was Uberleben, a filly from Gold Ship and Meine Theresia. She entered the race with a record of 1-1-1 from four career starts and earnings of 35,324,000 JPY.

She had run in two other stake races, which included a third-place finish in the Hanshin Juvenile Fillies (G1) back on December 13 at Hanshin.

The other big race on the day was the Falcon Stakes, which was open to 3-year-olds and covered 1400m.

The race was won by Rooks Nest, finishing in 1:20.1. The colt from Maurice and Villa improved his career record to 2-2-0 from five starts, and he now has one win and one second from two outings this year.

The runner was coming off a second-place finish in the January 10 Nikkan Sports Sho Shinzan Kinen (G3) at Chukyo.

He finished just ahead in front of Grenadier Guards in second. The son of the Great Britain-bred Frankel and the Canadian-bred Wavell Avenue came into the race with a record of 2-1-0 from four career starts and earnings of 79,818,000 JPY. The Falcon was his first start of 2021.

Prior to the Falcon, he won the December 20 Asahi Hai Futurity Stakes (G1) at Hanshin.

The third-place finisher 2 1/2-lengths behind was Mondreise, a colt from Daiwa Major and the Great Britain-bred Moonglow. He is now 3-2-0 from six career starts, and the Falcon was his first run of this year.

The colt’s last performance was back on November 7 when he won the Keio Hai Nisai Stakes (G2) at Tokyo.

The fourth-place spot was taken by Salvia ahead back while Infinite finished 1/2 length further back in fifth.

Make sure to check Horse Racing Tote for the latest Saturday races recaps; news and updated racing odds on the Road to the Kentucky Derby. Follow us on Social Media for instant updates.