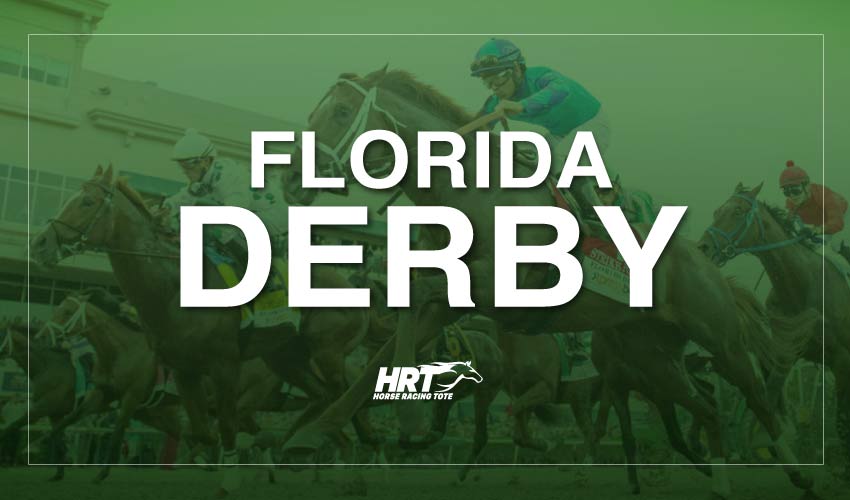 The Florida Derby is for 3-year-olds and up going 1 1/8 mile (9 furlongs) and is run at Gulfstream Park in Hallandale, Florida. It is the final prep on the Florida route towards the Kentucky Derby, offering 100-40-20-10 Derby points to the top four finishers.  The 100 points mean this is basically a “Win and Your In” event.

The race is scheduled for Apr 2, 2022, which is five weeks before the Kentucky Derby on the first Saturday in May.

It was inaugurated in Gulfstream Park in 1952, the 1 1/8-mile Florida Derby is not only one of the top preparation races in the Kentucky Derby, but has proved to be a high-profile prize on its own.

Since its inception, many of the race winners have gone on to win triple crown races, become 3-year-old champions, and eventually Hall of Fame inductees. Recent winners who went on to be the winners of the Kentucky Derby include Always Dreaming (2017), Nyquist (2016), And Orb (2013). Tiz the Law, last year’s winner was able to take home the Belmont Stakes and Travers Stakes and finished second in the Kentucky Derby.

The contenders to win the Florida Derby typically emerge from the local scene of three-year-old’s in Gulfstream Park. The most effective way to get there is through the sequence of stakes before the race’s final event important allowance races also have proven successful.

The starting field and post positions are announced in the week leading up to the race.

In 2021, Known Agenda won the race but went on to finish ninth in the Derby.  Greatest Honour headed to the race as the odds on favorite but finished with a disappointing third place.  Soup and Sandwich was determined to defend his undefeated record but was forced to settle for second place, nearly three lengths behind Known Agenda.

Follow us on Social Media for instant Florida Derby updates!