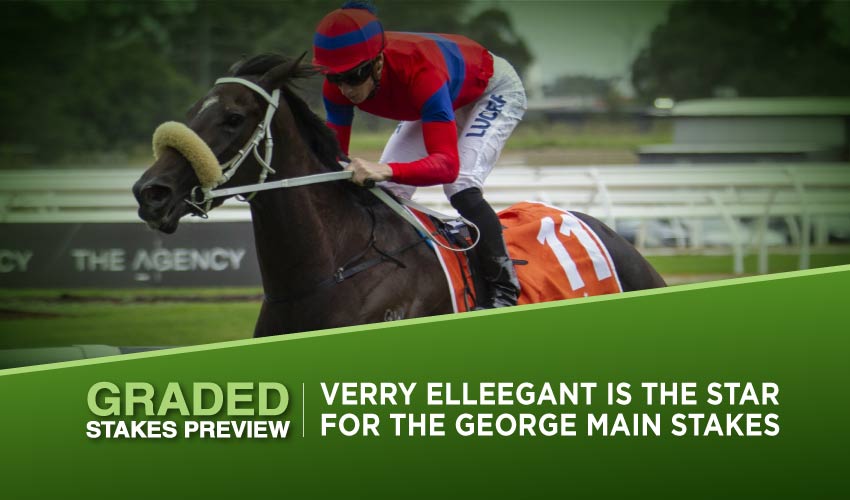 A couple of anticipated Australian G1 races will be held on Saturday. While George Main Stakes over a mile is the pinnacle of the card at the Randwick track with brilliant mare Veerry Elleegant being the star of the event, the Caufield Racecourse is about to see the next edition of the Sir Rupert Clarke Stakes that Behemoth will try to win for the second time in a row.

The G1 race over a mile attracted the field of nine participants, ranging from four-year-olds to seven-year-olds despite the fact it is open even for the three-year-olds who could also compete for the purse of A$1,000,000. The turf surface is predicted to be soft, which shouldn’t bother the favourite trained by Chris Waller – New Zealand born mare Veerry Elleegant (5-4). The six-year-old bay has won eight G1 races so far, and it’s wouldn’t be a bold statement to call her the most prominent Australian horse since Winx retired. During her 10 starts in 2020, she displayed how universal she is, succeeding on the distances from 7 furlongs to a mile and a half. Moreover, her run in the Melbourne Cup over two miles was also a respectable one, even though she finished seventh.

In 2021, Veerry Elleegant bagged two G1 victories but suffered three losses, including the one during her entry point into the second half of the Australian season. In the Winx Stakes over 7 furlongs, she met most of her Saturday’s rivals, and because the field was large, the jockey rushed Veerry Elleegant closer to the lead quite soon (and from the outside), which resulted in losing the race in the last stride to Mo’runga. Still, James McDonald had probably done the right thing as the mare had enough space to surge to the front back then as some other participants weren’t that lucky.

We’re speaking primarily of the duo also trained by Chris Waller, in other words, about Hungry Heart (10-1) and Kolding (8-1). The former is an Australian Oaks winning filly by Frankel who, like Verry Elleegant, ran after a hiatus. Despite her fascinating finishing ability, she just couldn’t make significant progress in the final stretch due to the lack of space and collisions among contestants. She crossed the wire in eighth, but she definitely has a great chance here in a smaller field. Something similar applies to six-year-old Kolding, the winner of last year’s George Main Stakes, who beat late-running Verry Elleegant back then; still, he doesn’t seem to be in such a form to repeat the win.

The white-faced chestnut Cascadian (8-1) managed to grab the fifth place in the Winx Stakes as he rarely scores a victory, but he’s always in the late closing bunch, and he should be there again. The last duo to mention is the Winx Stakes sixth Think It Over (100-30), who ran down Riodini (14-1) in the G2 Chelmsford Stakes at the last minute. Even though the former is preferred to be the better one once more, Riodini boasted a bold performance back then, and he could do so again at the Randwick track.

Verry Elleegant is the star of the field, so she’s the favourite, yet we really like Hungry Heart’s courage. She should run well, too.

The second race to mention in this article is a handicap open to three-year-old and older horses that will clash at the distance of 7 furlongs. With A$1,000,000 being up for grabs, 16 participants are about to hit the turf surface at Caufield, including Behemoth (9-2) that is attacking the second victory in this G1 event. The six-year-old bay trained by David Jolly has been a great servant to the connections for the past two years, winning three G1 races and placing in numerous other prestigious event; moreover, he’s one big gutsy specimen.

The gelding never leaves without a fight, which he showcased in both his starts in August where he was charging for the win, yet had to hold off Beau Rossa (4-1), a dangerous newbie among the Australian elite. In both cases, Behemoth just won; however, he needs to be even better this time as he’s about to carry more weight than the Will Clarken bound chestnut. Beau Rossa is already a G2 winner and could be the next sprinter star, yet Behemoth is never an easy rival to beat.

Besides these two geldings, Probabeel (4-1) is the third most probably victory candidate, for she’s belonged among the best Australian horses for some time, and she’s boasted some nice form recently. The five-year-old mare bagged two G1 races last year, to which she added another one in February, winning the Melbourne Futurity Stakes over 7 furlongs. Back then, she left Behemoth behind, yet it might’ve also been caused by the fact Behemoth hit the front too early and tired himself out. In August, Probabeel returned to racing with a tight victory in a G3 for fillies, hinting she’s prepared to meet up with Behemoth once again.

To mention contestants who will carry considerably less weight than the top three chances, we’ll briefly discuss Amish Boy (10-1), the four-year-old colt, who is yet to strike gold in the Grade company. He displayed some talent when finishing third in the G1 in Flemington and might grab some money here as well. I’m Thunderstruck (10-1) is antoher interesting participant, being the lowest carrying one; however, the promising four-year-old is only a reserve for this prestigious Handicap.

As this race is a handicap, it’s never easy to pick the winner; moreover, when the field is as large as 16 horses, but we’ll strick with Beau Rossa to score the big one for the first time. He hasn’t won over a longer distance than six and a half, though, so if he struggles there once more, Probabeel will pick up the pieces. But only if the ground remains more or less dry.