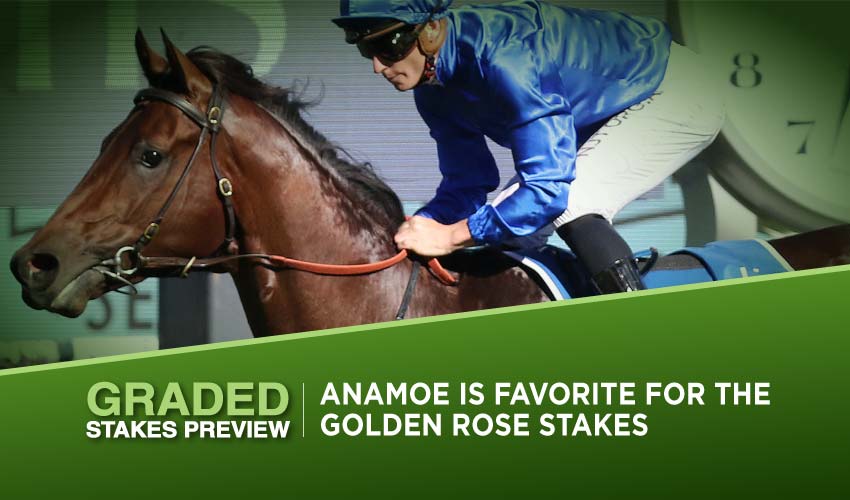 Saturday’s card at the Rosehill Racecourse in Australia offers the Golden Rose Stakes race over 7 furlongs. Although this G1 turf event has been intact for more than four decades, only for the third time it belongs among the so-called “Golden Races,” in other words, the Golden Slam. The series of three races was established in 2019 as a reaction to the trend prevalent in the past years when the best three-year-old colts head straight for the stud instead of pursuing other successes as older horses.

At first, there is the Golden Slipper over 6 furlongs, which is meant for two-year-old colts and fillies. On this weekend, the Golden Rose will be held, while it’s open to three-year-old participants who compete over the distance of 7 furlongs, while the third race of the series was created only in 2019 and called the Golden Eagle. Open solely to four-year-olds; the October event run over 7 and a half furlongs catches the eyes thanks to its purse of A$7.5 million, rendering it the world’s fourth-richest turf race. The Golden Eagle itself should be a significant motivation for the owners to sway their opinions on the careers of their colts; however, there is another great thing about the “Golden series.” If a horse manages to win all three legs, its owner will be awarded an additional purse of A$5 million.

Unfortunately, the bonus can be awarded to neither this nor the next year as the last two winners of the Golden Slipper didn’t run in the Golden Rose Stakes at the Rosehill Racecourse.

The second part of the Golden Slam is open to three-year-olds who will compete for the purse of A$1,000,000 over the distance of 7 furlongs. On the turf surface, the favorite of this G1 event is quite clear as James Cummings bound Anamoe (5-4) is a classy winner of the trial race held at Rosehill Racecourse on the 11th of September. Back then, Anamoe sat in the midfield, and once the pack turned for home, James McDonald found a spot for his ride, upon which the three-year-old colt commenced his romp for the victory. His finish wasn’t explosive but consistent, so he gradually diminished the advantage of In The Congo (8-1). In the last stage, Anamoe just stuck his neck in front of the front-runner and achieved his third Grade success as he scored even at the G1 scene when winning the Inglis’ Sire in April. As a two-year-old, he applied a similar strategy to succeed.

Anamoe seems versatile in terms of the ground; moreover, he should relish the distance of 7 furlongs, unlike some of his rivals. For example, the mentioned chestnut, In the Congo, trained by Gai Waterhouse and Adrian Bott, looked great when leading the pack in the trial for the Golden Rose at the Rosehill Racecourse. He lost the race named Run To The Rose in the end, hinting that a more extended trip mightn’t be the right thing for him. Still, he shouldn’t be overlooked as he ran a blinder last time out.

Remarque (6-1) also displayed a nice turn of foot in the trial, finishing from behind the later winner, and he remained behind him throughout the whole race. He tried hard in the final stretch, but when Anamoe really dug deep, Remarque was already flat and couldn’t get past In The Congo. Looking back at the Run To The Rose, Remarque doesn’t seem like a colt who will enjoy the longer distance, so the favorite’s leading threat may be the Anthony & Sam Freedman bound colt Artorius (15-2). Fair enough, he hasn’t won since February, but his last two starts resulted in respectable second places. Moreover, he’s already tried the trip of 7 furlongs and seemed to handle it honorably.

Artorius caught the eyes of numerous racegoers by his effort as a two-year-old when surging to the win in the Neds Blue Diamond Stakes over 6 furlongs. In February, the bay already had a handicap success under his belt. Still, upon entering the competitive field of 14 youngsters, Artorius wasn’t expected to fight for the win, not mentioning beating Anamoe, who was the second chance here.

Artorius traveled smoothly at the rear of the field, but he had to make some space for himself in the final stretch, which he managed to. Still, the front looked far away from him to actually get much closer to it. The dark bay wasn’t willing to give up, though. Flying on the outside, he switched to another gear, and within the last half of a furlong, he sprinted past his rivals, fighting for the win; caused an upset by ¾ of a length. His ability to finish so strongly was just impressive, and if Jason Collett aboard Artorius navigates him through the field in time, this colt could be the main threat for Anamoe once again.

As sprint races are usually highly competitive, double G2 winner Jamaea (12-1) should be mentioned too. She’s a smart filly who managed to strike gold last time out. In September, Robert & Luke Price bound bay showed a fine finish when she bagged a G2 success over 6 furlongs and seemed she should get a longer trip.

Another filly to consider is inexperienced Startantes (14-1), who won her only outing in April and who knows how good she actually can be. Giannis (14-1) and Tiger of Malay (14-1) were the first two to cross the wire in the Listed over 7 furlongs and a half, so they are also in the mix as they’ve already stretched their legs in the new season. However, colts like Anamoe and Artorius look to possess more class.

Although Anamoe is the clear favorite in this field of three-year-old, Artorius doesn’t look like he couldn’t beat him again. It’s not easy to estimate who could be the best of the rest, but we’ll stick with In The Congo. He may not like the distance, but he’s a warrior.