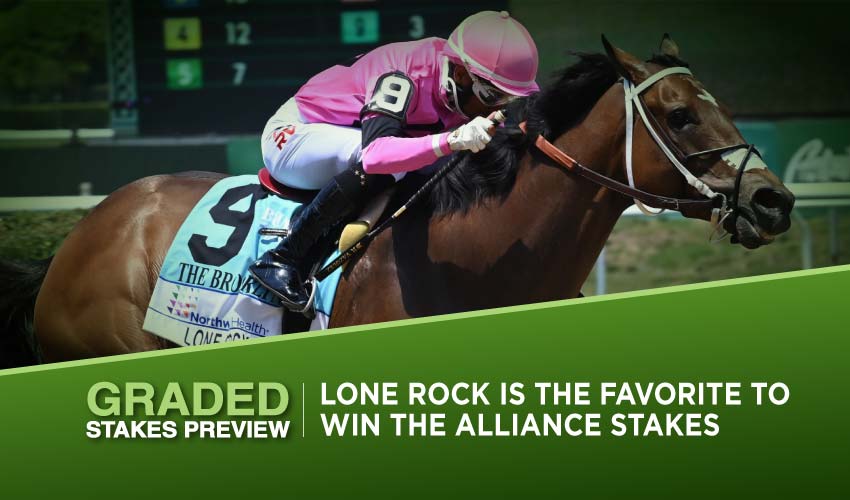 Before the Breeders’ Cup kicks in, there are two exciting races to be run and that attracted interesting horses that might actually have a chance even when pointed among the better company. Still, their teams preferred these events, so, at first, the Alliance Stakes could see a rematch between Tizamagician and Lone Rock, upon which Princess Grace and Going Global will attempt winning the G2 Goldikova Stakes.

The G2 race is held at the distance of a mile and five furlongs on which seven older horses will compete for the purse of $250,000. On the dirt surface, the event is officially open even to three-year-olds, but none of them heads into the race, so the actually youngest participant is four-year-old Tizamagician (8-5) trained by Richard Mandella.

The cold has looked like an interesting prospect throughout his career, though he managed to score his first Grade win only in April 2021. He started to thrive at the long distances as he bagged the G3 Tokyo City Cup Stakes by nine lengths and he was also a sure winner of the G3 Cougar II Stakes in July. In the meantime, he finished second in a G2 race where all of his efforts were simply demolished by Lone Rock (6-5) who dominated by more than 11 lengths. Still, Tizamagician ran a fine race back then, which applies also to his brave performance in the G1 Pacific Classic as he was showing the way from the start and was ran down only by Tripoli.

When returning to the G2 company and the staying distance, he should be a major player in the race together with mentioned Lone Rock. The six-year-old gelding trained by Robertino Diodoro has been having a blast throughout the season, given he won five races in a row, including the commanding performance in the G2 Brooklyn Stakes. In August, he also easily bagged a Listed triumph, however, he fell short to Locally Owned (6-1) last time out when turning too wide for home, while his rival galloped at the fence the whole time. It’s difficult to think something of Locally Owned’s victory as until this Listed event, he hadn’t faced such a competition, and truth be told, he wasn’t a star even among the Allowance company.

Although most of the purse should belong to one of the mentioned trio in the end, Cupid’s Claws (6-1) is classy enough to place here well, while six-year-old Zestful (8-1) has displayed fine form recently, and if the race enfolds favorably for him, he could catch the preferred participants off guard.

Our Betting Prediction for the Alliance Stakes

Our pick for the Alliance Stakes is Lone Rock whose performance in the G2 Brookly Stakes was simply impressive, and if he puts on his A-game here, he should be able to beat even Tizamagician again.

The G2 turf event welcomes a field of nine three-year-old and older fillies and mares, and despite the fact the contestants look classy, at first sight, the mile-long race with the purse of $300,000 is primarily about two fillies – Princess Grace (8-5) and Going Global (9-5).

The former is a four-year-old bay trained by Michael Stidham who signed off the season 2020 with a G2 win, and she didn’t fail to progress further in 2021. Besides bagging two G3 wins, she also showed a great turn-of-foot in the G2 Yellow Ribbon Handicap. The distance of a mile should be fine with her, moreover, she belongs among the horses who do not mind being squeezed among rivals and are capable to push through them to make some space. Princess Grace, thus, could travel in the midpack throughout the race to strike in the final stretch, yet her most serious rival usually applies a similar tactic.

Three-year-old Going Global moved to the US from Ireland, and quickly enough joined the turf elite as she scored four victories in a row, including three G3 wins, and last time out, Going Global achieved her first G1 triumph in the Del Mar Oaks. She shouldn’t mind the trip as well, still, the jockey can’t allow Princess Grace to let loose in the final stretch, otherwise, Going Global might not catch her.

Five-year-old Bodhicitta (12-1) won the Yellow Ribbon Handicap in 2020, and even though she placed third in her seasonal debut in the G1 Gamely Stakes, she couldn’t get pass the same places also at the G2 scene. Carrying less than the mentioned fillies could help her, which applies also to Zofelle (6-1) and Abscond (8-1) who haven’t shined at the top level, yet both of them look smart enough to play an important role in Saturday’s race.

The last one to mention is four-year-old Warren’s Showtime (12-1) trained by Craig Anthony Lewis who has been a consistent servant to her connections, winning for example the G3 Wilshire Stakes in June. Last time out, she once again employed her explosive finish to score on a black-type scene from the last place to the front. The race also features a European contender as Hugo Palmer relies on Glesga Gal (15-1), a three-year-old filly who placed three times at the Listed scene, but usually at smaller tracks. Moreover, she’s about to attempt such a trip only for the third time as she used to be pointed rather among sprinters.

Our Betting Prediction for the Goldikova Stakes

As the odds of both of the favourites aren’t really appealing, our pick for the Goldikova Stakes is Warren’s Showtime who could spring up some surprise.

Sign up and get a 10% rebate. Make sure to stay tuned for the latest racing odds, Races results and racing entries.

Follow us on Social Media for instant Alliance Stakes updates!