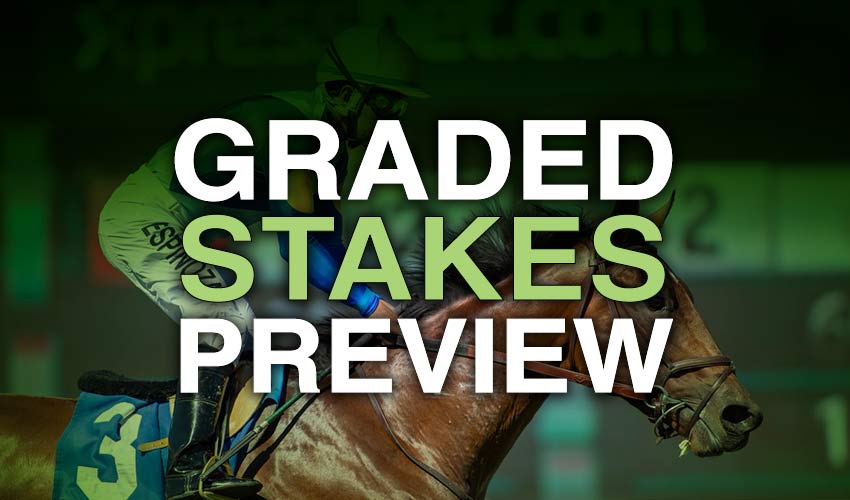 All horse racing eyes will be turned to the big graded stakes races this Saturday, April 10th across several racetracks in the US. We are going to take a look at a few of the races from Aqueduct, Keeneland, Mahoning Valley Racecourse & Oaklawn Park.

Before we dive into the field, be sure to get your racing Saturday action at JazzSports!

This race is set to run Saturday afternoon boasting a $100,000 purse. There are a number of contending horses looking to take home this one, including Queen Nekia (4/1), Mrs Danvers (5/2), and Horologist (7/5). The track conditions are dirt with a distance of 1 ⅛ mile. Look for one of the three mentioned above to cross the finish line first.

Let’s check out the most interesting graces stakes races taking place at Keeneland Park on April 10, 2021.

One of the first Keeneland races we will look at is the Grade 3 race #7. Night Ops (#3) the five year old horse is the clear runaway favorite in this one. Night Ops is the son of Warrior’s Reward. Jockey Tyler Gaffalione will be riding Treasure Trove who is listed at 8/1 to win this race. If you are looking for a Darkhose, this horse might be the one to bet.

Up next is Race #8 at Keeneland once again. This race is 5 ½ furlongs and runs on grass. The storyline here is two familiar foes running against one another again. Mystic (2/1) and Elle Z (7/2) have been battling throughout the winter months, with Elle Z winning two of their three matchups. Which one will come out on top this time?

The $300,000 Coolmore Jenny Wiley Stakes (G1T) will be Race #10 on Saturday at Keeneland. A pair of French horses are the front runners in this race. Tamahere and Etoile are both trained by Chad Brown who has won the last three runnings of this race. Can one of these two give Brown another victory? Juliet Foxtrot and Maxim Rate are a couple horses with an outside shot of pulling the upset in this one.

Now it’s time to take a look at the action at Mahoning Valley Racecourse.

Another graded stakes to keep an eye on this Saturday is the Howard B. Noonan 6 furlong race. In the #4 post is Esplanande, ridden by jockey Gerardo Corrales and coming in at 2/1 odds. A pair of three year old colts catch my eye to win this race. First, Morestride at 5/2 and secondly Startdfromdabottom at 8/1.

A couple four-year-old Phillies will be showcased in Race #6 at Oaklawn on Saturday. Franks Rockette (7/5) and Edgeway (9/5) have some experience running against each other. Franks Rockette just “edged” out Edgeway last time they raced, but this time could be a different story. Edgeway is now 5 pounds lighter and in great form coming in. We’ll be betting on Edgeway in Race 6.

The race looks to be a two-horse race. The clear favorite to win Race 9 at Oaklawn is the four-time champ from last year, By My Standards (#6) coming in at 3/1. One horse that could give By My Standards some problems is Rushie coming in at 4/1 over at JazzSports. This track and the conditions should suit both of these horses well in this one.

The last race we’ll talk about today could have some historical significance as Whitmore hopes to become the Oaklawn Park’s most winningest stakes horse. This track is truly like a first home to the 8 year old Gelding who comes in with 9/5 odds. It won’t be easy, as horses such as No Parole (9/2) and CZ Rocket (2/1) should put up quite a fight. In the end, let’s finish this off in style and watch Whitmore make history winning Race 11 at Oaklawn Park.