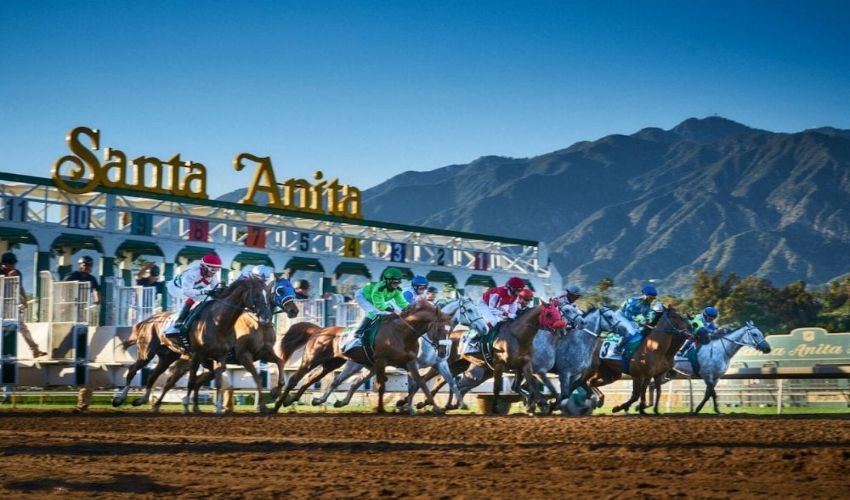 One week after the incredible Preakness Stakes, the racing action continues with some quality Graded Stakes around the United States. There will be engaging action from Graded Stakes at Churchill Downs and Santa Anita Park this weekend, but which runners could stand the best chance of claiming victory?

G3 action will be taking place at Churchill Downs this weekend, as the field will cover a distance of six furlongs. Fillies that are four and older will be able to enter at Winning Color Stakes, and there are a number of leading contenders. Three entries finished runners-up on their last runs and could have outstanding claims.

Frank’s Rockette finished second in the Carousel Stakes, while Palace Avenger finished strongly to finish second in an allowance at Keeneland. However, Sconsin for trainer Gregory Foley could be the one to beat. She finished second behind Gamine in the Derby City Distaff, and she could be good value to improve on that Grade 1 performance.

One of the Graded races at Santa Anita this weekend will be the Grade 3 Honeymoon Stakes. Three-year-old fillies will be able to enter this race, which will be run over a distance of 1 1/8 miles. A pair of horses that ran in the Grade 3 Providencia Stakes could have outstanding claims.

Quattroelle finished fifth in that Grade 3 while Going Global was the winner. However, Madone looks to be the one to beat, as she comes into this race at Santa Anita after winning the Grade 3 Senorita Stakes back at the beginning of May.

Another Graded contest at Santa Anita this weekend comes in the form of the Grade 2 Santa Maria Stakes. Fillies aged three and over can enter this race, and the field must travel across a distance of 1 1/16 miles. Ce Ce and As Time Goes By are the two horses to watch in this race. The latter, for trainer Bob Baffert, won the Santa Margarita last time out.

However, Ce Ce is a five-year-old that looks set to rediscover her best form. She won both the Apple Blossom Handicap and Beholder Mile Stakes last season and returned to form, winning a competitive allowance at Santa Anita last time out. This will be a tougher assignment, but she should relish the conditions.

Follow us on Social Media for instant Graded Races updates!