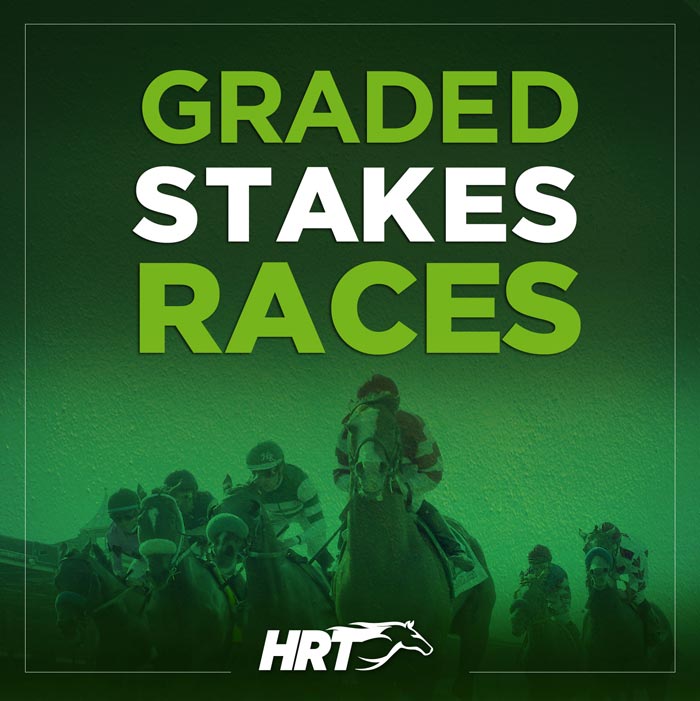 This Saturday is set to see a number of graded stakes races take place, including one offering Kentucky Derby qualifying points. Gulfstream Park is one of the leading tracks offering the most races this weekend, and it is the only track with graded events set to run.

Let’s look at the top Graded Races for Saturday, Feb. 27, at Gulfstream Park:

The most anticipated graded stakes races of the weekend is the Fountain of Youth Stakes, which offers Kentucky Derby qualifying points on a 50-20-10-5 scale. The 1 1/16 mile event is set to include a field of ten 3-year-old runners.

The one to beat is the 8-5 Greatest Honour, who was the winner of the Holy Bull Stakes (G3). Other top names include Prime Factor, who finished third as the even-money favorite in the Holy Bull and Drain the Clock, whose connections opted to keep him at Gulfstream instead of shipping out to Aqueduct for the Gotham (G3).

The $200,000 Davona Dale Stakes is another one of the top graded stakes races. Open to 3-year-olds; it covers one mile.

The field of 12 is being led by names like Vequist, champion 2-year-old of 2020. He has finished on-the-board in all four of his races, which includes two victories. The Nyquist colt is coming into the Davona Dale following a win in the Nov. 6 Breeders’ Cup Juvenile Fillies (G1). His other victory was the Sept. 6 Spinaway Stakes (G1).

Some of the other top names in the field include Curlin’s Catch, who will likely provide the biggest challenge to Vequist, and Juddmonte Farms’ Millefeuille.

The $200,000 Gulfstream Park Mile is open to 4-year-olds and covers one mile. Phipps Stable and Claiborne Farm’s Performer is looking to reproduce his winning performance from the Jan. 23 Fred W. Hooper (G3). The 5-year-old son of Speightstown is trained by Hall of Famer Shug McGaughey, and the Hooper was his sixth victory in eight starts.

He will be up against Tax, who is returning to racing following a 10th-place run in the Pegasus World Cup International (G1) on Jan. 23.

The $200,000 Mac Diarmida Stakes will see Tide of the Sea look to win one more as he cuts back in distance by a furlong. The runner was the wire-to-wire winner in the W.L. McKnight (G3), where he beat Temple in January.

Admission Office and Aquaphobia are two of the other top names. The pair are stretching back out after racing shorter distances, so they will have to overcome the increase. Multiple graded-placed Sir Sahib is also looking to improve after a poor debut performance in the McKnight.

The $125,000 Canadian Turf will cover 1 1/16 miles, with top names including Venezuelan Hug. The runner was the winner of the recent Sunshine Turf, and he will be joined by Eons, the second-place finisher in the Tampa Bay (G3).