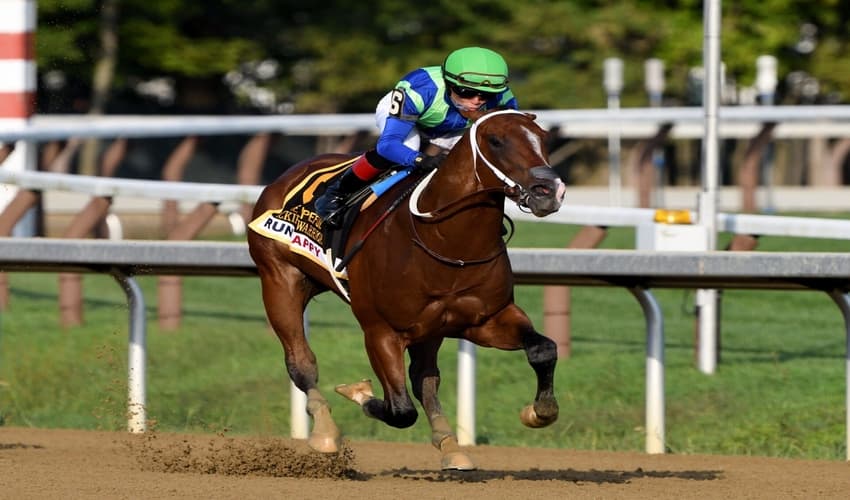 Keeneland Race Course, Monmouth Park and Belmont Park all have Horse Racing action going on this Saturday. We have post positions and odds for quite a few of the graded stakes on tap, including the Grade I Champagne Stakes and Frizette Stakes from Belmont.

Take a look at the latest Horse Betting Action, courtesy of JazzSports.ag and our thoughts on some of the races.

This is a one-mile race on dirt, open to two-year-old thoroughbreds. The winner will gain an automatic entry into the Breeders’ Cup Juvenile in November. Jackie’s Warrior won the Hopeful Stakes (Grade I) on September 7 at Saratoga, rolling through seven furlongs in 1:21.29. He has won all three of his juvenile races, including the Saratoga Special (Grade II) over six furlongs in August, as well as a maiden special weight race at Churchill Downs. Midnight Bourbon has the same trainer (Steve Asmussen), and he was the runner-up at the Iroquois Stakes (Grade II) at Churchill Downs, giving him three straight money finishes. Reinvestment Risk was the runner-up in the Hopeful behind Jackie’s Warrior.

This race is open to thoroughbreds who are at least three years older, and it runs 1 ¼ miles on Belmont’s dirt track. Tacitus is the favorite; four-year-old colt, bred in Kentucky, with an HRN rating of 7.78, which is tops in the field. He was the runner-up to Global Campaign at the Woodward Stakes (Grade I) on September 5 at Saratoga. He also won the Suburban Handicap (Grade II) over 1 ¼ miles on the dirt track at Belmont in 1:59.51. Mystic Guide won the Jim Dandy Stakes (Grade II) on September 5 at Saratoga, finishing the 1 1/8 mile race on dirt in 1:49.00. He also placed third at the Peter Pan Stakes (Grade III) on July 16 at Saratoga.

Give an EDGE to your horse racing with Horse Racing Tote’s expert racing advice.

Stay tuned for an upcoming series of special articles on Pegasus World Cup. Until Next Time!