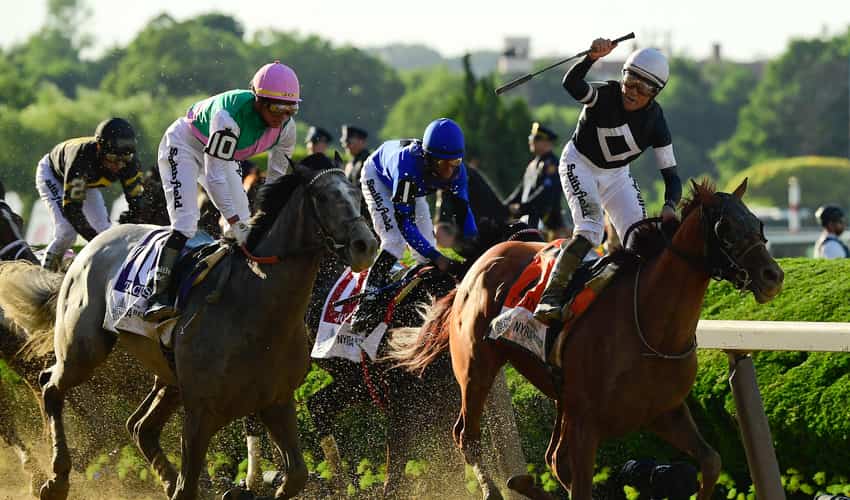 Horse Racing Results: We’re less than a week away from Saturday’s Belmont Stakes; set to take place at Belmont Park in Elmont; New York. This year; thanks to the craziness that the COVID-19 pandemic has brought to the sports world; the Belmont Stakes will be the first leg of the Triple Crown. Normally; it is the third leg; coming after the Kentucky Derby and Preakness Stakes; but those two races have been postponed into the late summer and early fall.

Speaking of Belmont Stakes, classic racing & sports odds brand JazzSports.ag has an exclusive promo prepared for the most die-hard fans. Make sure to stop by and check out their Odds to Win for the Triple Crown races; and their exclusive 10% Horse Rebate, no rolls!

On other news, this past weekend saw the running of the Louisville Stakes and the San Francisco Mile Stakes; so let’s take a look at the highlights of these two events.

Admission Office had started to gain a reputation for being right there at the end of major stakes races; but ending up just short of victory. However, on Saturday, he beat the favorite, Arklow, by a head at Churchill Downs.

The Louisville Stakes was a three-turn, 1.5-mile race, and Admission Office settled into seventh place, six lengths back of the pace. Lombo, a big long-shot, took a lead by posting fractions of :24.51, :49.59 and 1:14.03. Jockey Julien Leparoux was fine staying here for the opening half of the race; and so he kept Admission Office two wide through the first two turns. When Lombo hit the mile-mark at 1:39.21, though, Tiz a Slam took the lead and the field started to shrink.

At this point; Leparoux took the longer route around; but it permitted Admission Office to make his move sooner than Arklow could; who was stuck on the inside. Admission Office punched out to the lead and had the stamina in the tank to stave off Arklow; who pushed hard late but came up just short.

This was Leparoux’s second win at the Louisville Stakes in three years; in 2018, he won here riding Vettori Kin. Admission Office had a time of 2:27.25, which was the second-fastest finish in the history of the stakes; only behind the record time of 2:27.16, set in 2012 by Simmard. Arklow came in second, beating 1 ¼ lengths of the third-place finisher, He’s No Lemon. Ry’s the Guy and Jais’ Solitude completed the top five. Admission Office gets his first stakes victory in seven stakes placings.

Neptune’s Storm needed every last bit of energy that he had in the San Francisco Mile Stakes on Sunday; holding of Kiwi’s Dream at the wire. This race for milers who were at least three years old was the first 2020 win for Neptune’s Storm; who won three turf stakes in 2019; including the Hill Prince Stakes (Grade II). He came in second at the Hollywood Derby (Grade I) and third at the Mathis Brothers Mile Stakes (Grade II). He has gone 6-3-5 in 17 career starts, earning $788,085.