WAR OF WILL RETIRES: RACING UPDATES 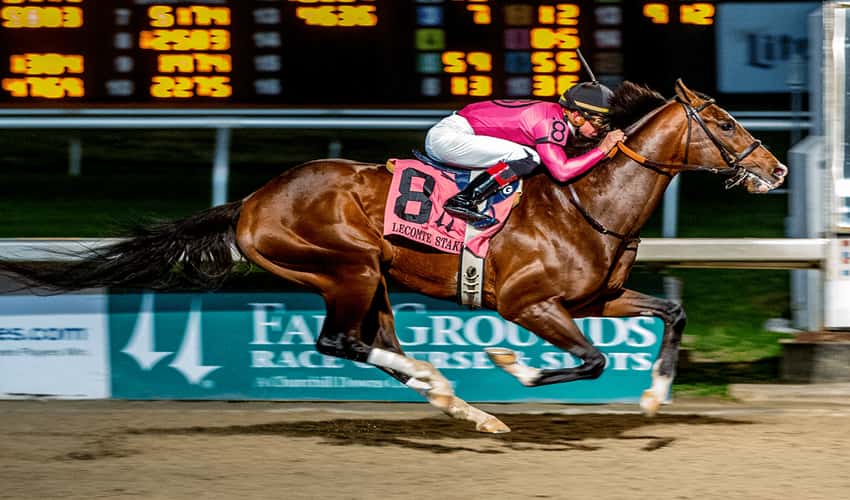 War of Will Retires: Now that the Breeders’ Cup has come to an end and the horse racing world prepares to move toward the 2021 breeding season, War of Will; winner of multiple Grade I stakes on dirt and turf, and one-time Breeders’ Cup Classic winner, will retire to stud at Claiborne Farm, near Paris, Kentucky. The plan is to have War of Will stand for $25k live foal, stands and nurses.

Betting Tip! Don’t forget to check out all the early Triple Crown betting odds plus all the exclusive Matchup odds at online bookmaker JazzSports.ag.

Grade I Winner War of Will to Retire

The world of horse racing today remembers how War of Will made a name for himself; among the Triple Crown contenders in 2019; by winning the LeComte Stakes (Grade III) and the Risen Star Stakes (Grade II). He ended up winning the Preakness Stakes in 2019 as well.

In 2020, War of Will was switched over to the turf; and he promptly won th eMaker’s Mark Mile Stakes (Grade I) at Keeneland Race Course; which made him a rare horse indeed with Grade I wins on both dirt and turf. The same year, the Grade I Ricoh Woodbine Mile Stakes was another race where he placed. 2019, he placed at the Pennsylvania Derby (Grade I) and in 2018 he placed in the Summer Stakes (Grade I) at the age of two years old. His final race was the Breeders’ Cup Dirt Mile on Saturday. He moves into retirement with an 18-5-1-3 record, with earnings of $1,881,803.

War of Will as a Stud

War of Will is out of a half sister to Spinning World, winner at the Breeders’ Cup and a champion in Europe. His own family tree includes War Front and Visions of Clarity. Given the domination that War of Will showed during his two- and three-year-old seasons; some find the retirement to be a bit early. Compared to some of the other horses that have continued to dominate races long past their three- and four-year seasons.

Given the pedigree that War of Will has already established; this is a horse that will contribute mightily in stud just as it has in terms of headlines and earnings. Breeders are invited to come and inspect War of Will beginning on Wednesday, November 11, 2020.

Give an EDGE to your horse-betting with the aid of Horse Racing Tote’s expert racing advice.