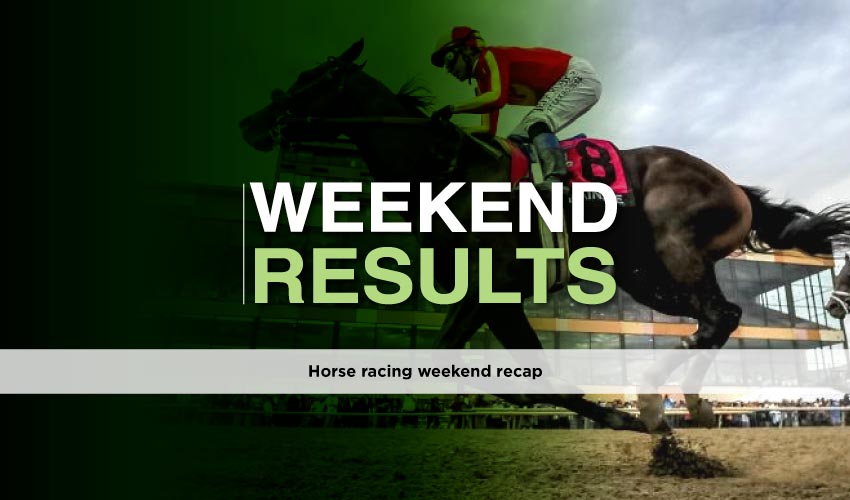 Horse racing weekend recap: Last weekend’s racing brought us one step closer to the 2021 Kentucky Derby presented by Woodford Reserve (G1). The racing was highlighted by a Kentucky Derby qualifier, and some of the top events took place at tracks like Oaklawn Park and Santa Anita.

The Rebel Stakes (G2) at Oaklawn on Saturday was the most anticipated race of the weekend, offering Kentucky Derby qualifying points on a 100-40-20-10 scale to the top four finishers. Hall of Fame trainer Bob Baffert’s Concert Tour and Hozier finished 1-2, respectively. Baffert continued his impressive run in the event, now holding a record eight victories in the Rebel.

Both of the runners exited the race in good order, according to their connections. Joined by regular rider Joel Rosario, Concert Tour won the race to extend his unbeaten record to three-for-three. He crossed the wire 4 1/4-lengths ahead.

Concert Tour was making his two-turn debut in the Rebel, coming off a win in the San Vincente Stakes (G2). With his victory, Concert Tour is now fourth on the Kentucky Derby leaderboard with 50 qualifying points.

One of the other top horse racing weekend recap of the weekend was the $301,000 Beholder Mile (G1) at Santa Anita Park on Saturday. Swiss Skydiver outran her California opponents to finish 2 3/4 lengths ahead in the one-mile race.

Owned by Peter Callahan and trained by Kenneth McPeek, she made her 4-year-old debut. The 2020 Preakness Stakes winner ran for the first time since finishing seventh in the November 7 Longines Breeders’ Cup Distaff (G1) at Keeneland.

The second-place spot was taken by As Time Goes By, the second betting choice, and Golden Principal finished third.

Swiss Skydiver’s connections say that her next possible start is in the Apple Blossom (G1) or the La Troienne (G1).

The $350,000 Azeri Stakes (G2) also took place over the weekend at Oaklawn Park. The event is considered a stepping stone for the $1 million Apple Blossom handicap (G1) in April.

Sharedaresthedevil, the winner of the 2020 Longines Kentucky Oaks (G1), won this year’s edition over the favorite Letruska. The Daredevil filly owned by Qatar Racing and trained by Brad Cox is now being pointed toward the La Troienne Stakes (G3) on April 30 at Churchill Downs.

WP Stable and Non Stop Stable’s homebred Shackled Love scored the $100,000 Private Terms Stakes at Laurel Park. The 1 1/16-mile event comes before the April 17, 1 1/8-mile Frederico Tesio, which is a “Win and You’re In” qualifying race for the Preakness Stakes (G1) on May 15 at Pimlico.

Owned by ZWP Stable, Inc. and Non Stop Stable and trained by Gary Capuano, the 3-year-old gelding from Shackleford was a late addition to the Private Terms, which became her first stakes victory.

The runner’s record now stands at two wins and two seconds from six races, with total purse earnings of $117,132.

Make sure to check Horse Racing Tote for al the latest horse news, updated odds, results and much more