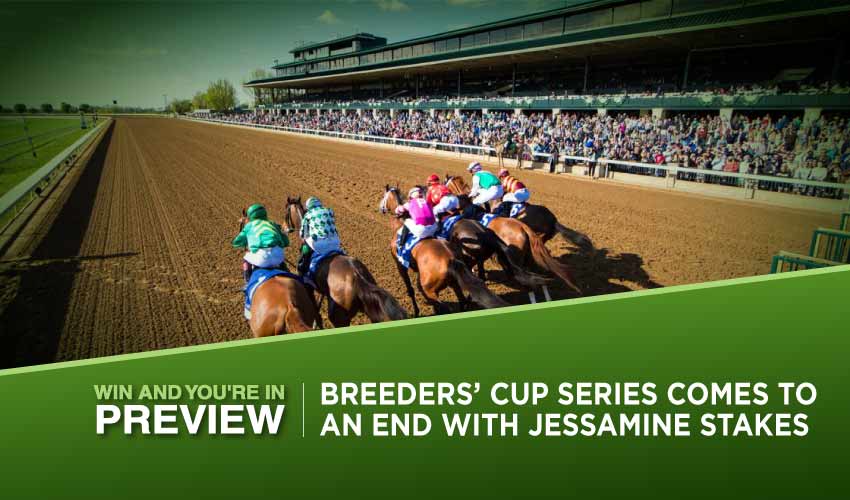 The Breeders’ Cup meeting approaches and on Wednesday, Keeneland will host final BC Challenge race . A guaranteed berth in the Breeders’ Cup Juvenile Fillies Turf is offered in the G2 Jessamine Stakes, headlined by a Listed winner Turnerloose who is about to be challenged by a large field of two-year-old fillies. In each of last two years, certain race records were broken as Aunt Pearl ran the best time in 2020 and Sweet Melania won by the biggest margin in 2019, and we’ll see if the history will be make here once again. Here you’ll find the Jessamine Stakes Fixed Odds.

The G2 race for two-year-old fillies offers the purse of $200,000, for which the field of possible 16 participants will compete at the distance of a mile and half of a furlong. On the turf surface, the leading chances emerge either from their successful outings at the Gulfstream Park or the Kentucky Downs, while Turnerloose (5-2) won a Listed race on the latter track. The Brad Cox bound bay held onto the first place in her debut, and last time out, she kept her unbeaten record by winning impressively the Aristocrat Juvenile Fillies Stakes over a mile. Running gate-to-wire, she was challenged in the final stage by one of her rivals, but Turnerloose basically had no competition back then, therefore, the Wednesday event should reveal more about her ability.

Dressed (9-2) scored an Allowance race over six furlongs and a half at the Kentucky Downs when trailing at the back of the field at the start, yet her finish was totally destructive for all the contestants. It could’ve ended in her defeat as she was stuck at the barrier for some time, but the jockey managed to find her a gap, upon which Dressed bolted forward. Misthaven (6-1) also displayed a nice turn-of-foot last time out, but she might face some traffic difficulties in unfolding her finish as the field is huge. Having also only a successful debut on her record, Boxing Day (20-1) is also in the mix, given the race could’ve only helped her to start fulfilling her obvious potential.

Opalina (6-1) trained by Roderick R. Rodriguez gave a stunning performance in the Gulfstream Park in a maiden race over a mile as she showed a fine early speed, then settled for a second place for some time before she cruised for the first place once more. She didn’t stop there, though, as Opalina effortlessly drew clear of her rivals to cross the wire with an advantage of 12 lengths. It won’t be a such an easy race on Wednesday but she’s respected as well as Diamond Wow (8-1), in two starts unbeaten filly who scored a black-type victory in September. The last to mention is Bhoma (20-1) trained by Kenneth G. McPeek who might achieve a record-breaking fifth victory in the race, however, his charge needs to progress to play a role here.

Our betting pick for the Jessamine Stakes is: Turnerloose because she’s multiple wins on turf under her belt, moreover, her early speed should help her avoid any collisions that are more than possible in such a large field.

Join us at JazzSports and make sure to stay tuned for the latest Jessamine Stakes Fixed Odds, Races entries and Horse Racing Results.