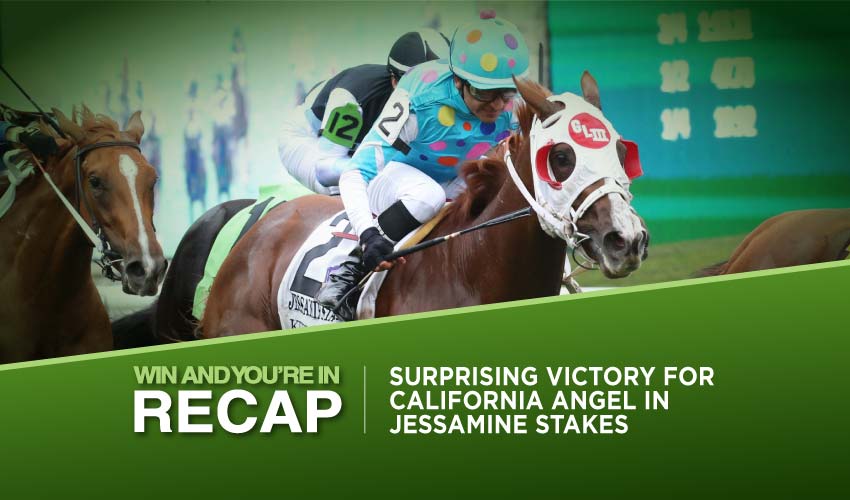 On Wednesday, Keeneland’s card held the last chance to get a spot in the Breeders’ Cup as two-year-old fillies clashed in the G2 Jessamine Stakes, with the winner earning a guaranteed place in the Breeders’ Cup Juvenile Fillies Turf. There are two more races of the Breeders’ Cup Challenge at the Ascot Racecourse on Saturday, but in terms of the US, California Angel struck the surprising victory and concluded the American part of the series.

The G2 turf race offered the purse of $200,000, which attracted 13 two-year-old fillies striving to earn a berth in the Breeders’ Cup Juvenile Fillies Turf. From the beginning, the one mile and a half of a furlong-long race seemed to unfold favorably for the preferred filly trained by Brad Coxed.

In other words, the Listed winner Turnerloose (4-5) was quick on her feet and headed for the front, where she remained until the final stretch came up. Trying to maintain the lead, she fought heartily with Diamond Wow (99-10), and even though she was headed only in the final stride, Turnerloose had to settle for third. From the far outside, California Angel (178-10) flew for the win and caused an upset after a patient ride from Rafael Bejarano. The George Leonard III chestnut had won an Allowance race on turf and finished third in a claiming on dirt, which resulted in her being quite underestimated on Wednesday. Still, as California Angel relaxed throughout the race and turned for home at the back of the field, she was able to provide a remarkable turn-of-foot, to which her rivals more or less couldn’t react. One of the two most successful fillies sired by California Chrome scored her first G2 victory in 1m 44.30s, leaving Diamond Wow behind just by a head, and third Turnerloose by a half of a length.

Basically, California Chrome has currently two offspring that scored at the G2 scene as, besides California Angel, Cilla won among such a company; however, the former is the one earning a spot in this year’s Breeders’ Cup Juvenile Turf Fillies where she can affirm her Wednesday’s win wasn’t a fluke. Moreover, she granted her trainer George Leonard III his very first Grade victory, while she was also his first Grade starter, which is quite an achievement for a filly he bought for just $5,500.

Related to Grade performer Diamond Oops, Diamond Wow was expected to run a good race and was only narrowly defeated. Yet, together with Turnerloose, their big days may come in the future as they seem very talented. The same also applies to black-type winner Dressed (6-1), rallying from behind, who managed to take fourth place ahead of Opalina (28-1).

Join us at JazzSports and make sure to stay tuned for the latest horse racing odds and racing entries. Take a look at our Horse Racing Betting Guide