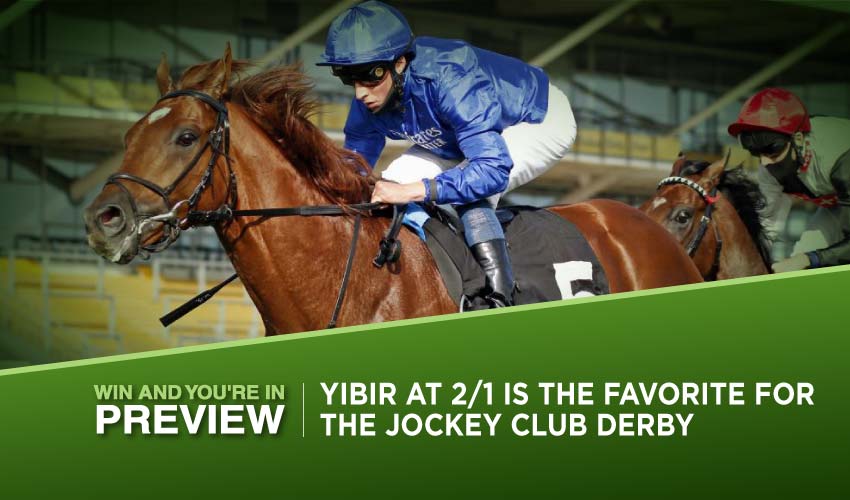 The spotlight returns to Belmont Park, the ‘Big Sandy’ of New York with the Jockey Club Derby Invitational and Jockey Club Oaks Invitational, where Saturday’s fall-meeting features resemble a Ryder Cup scenario, with high-class European colts, geldings and fillies shipping in to take on the Yankees in their own turf backyard. Both hugely valuable, although ungraded, races are win-and-in for the Breeders’ Cup Challenge and, given that the European contingent is not as strong or as deep as that aiming for Del Mar, it will give a good indication of the likely outcome at the world championships in November.

Over the most European distance, at the most European of US racecourses, it’s elementary to suggest that this ungraded million-dollar contest, a win-and-in for the Breeders’ Cup Turf, will be won by a European influence. Three tourists and one recent immigrant make up half the field, and from among them will surely come the winner.

The Jockey Club Derby Invitational is the third leg of this year’s Turf Triple, and locals will be familiar with Bolshoi Ballet (5-2), who won the first leg – the Belmont Derby – over ten furlongs here in July. The son of Galileo rebounded from a poor showing in the Derby at Epsom, in which cuts to a leg were offered as a reason, and looked his old self when staying on strongly to win going away by a length and a quarter from the hard-charging Tokyo Gold (8-1).

Next time out Bolshoi Ballet was disappointing at Saratoga, where the shorter trip was probably unsuitable. This return to a mile and a half will definitely help him, as will previous experience here, but trainer Aidan O’Brien’s yard has been out of touch of late, although three recent two-year-old winners may indicate that the corner is turned.

Conversely, Charlie Appleby’s yard couldn’t be in better form, and the strong-staying Yibir (2-1) will be a warm order to continue owner Godolphin’s streak of big-race success. Yibir has improved since being gelded and sent over further, winning Group races at Newmarket and York, latterly keeping on in powerful fashion to beat the subsequently Classic-placed The Mediterranean over this distance last month.

He does not do things quickly, but his relentless stamina will sort the men from the boys here, and he arrives on the back of a lifetime best. His rider Jamie Spencer is noted for his patience in races, and as long as he doesn’t overdo the waiting tactics then Yibir will be tough to beat.

One that might be tough enough to keep the dollars at home, though, is the ex-French Soldier Rising (5-2), who also comes here off a lifetime best when runner-up in the Saratoga Derby on his first start Stateside, finishing best of all to get within a length of State Of Rest. He was three lengths better than Bolshoi Ballet that day, and if Soldier Rising – now trained by Christophe Clement – makes the improvement expected from an introduction to US racing then he will be a danger to all. The step up in distance will play to his strengths, as he is a guaranteed stayer.

There seems no obvious reason why French raider Tokyo Gold should reverse Belmont Derby form with Bolshoi Ballet, but he is still a better candidate for exotics than the rest of the line-up.

Tango Tango Tango (12-1) was runner-up in a weak race for the Grade 1 Bruce D at Arlington and the winner, Point Me By, was soundly beaten next time out. Step Dancer (20-1) has shown neither the class nor the stamina to get involved here, while Slicked Back’s (12-1) performance in finishing runner-up in the Grade 3 West Virginia Derby at Colonial Downs – Experienced (15-1) fifth, and better over today’s distance – was competent for the local scene but bears no relation to that required at this level.

The European presence in the distaff equivalent, the Oaks Invitational, is not as potent and the home team has every chance of repelling the raiders in the ungraded contest, a win-and-in for the Breeders’ Cup Filly & Mare Turf.

Higher Truth (3-1), a daughter of Galileo, which is at least half the battle in a route race on turf, tried her luck in the first two legs of the distaff Turf Triple and is getting closer with every step. She finished third in the Grade 1 Belmont Oaks behind the dazzling Santa Barbara in July, and then found only Con Lima too good in the Grade 3 Saratoga Oaks last month, showing plenty of tenacity to go under by just three-quarters of a length, with Creative Flair (7-2) coming home late for third.

Today’s slightly longer distance should hold no fears for Higher Truth, she has already won twice at the ‘Big Sandy’, and could be a better choice than her barnmate Shantisara (7-2), an ex-French filly who got off the mark Stateside when making it look easy in the Grade 3 Pucker Up at Arlington. This is much tougher, though, and there are no guarantees regarding her stamina.

The west-coast runner Madone (6-1) has some good form to her name, notably in the Grade 2 San Clemente at Del Mar when beating Going Global, although that horse turned the tables good and proper in the Grade 1 Del Mar Oaks next time out. The mile-and-three is unknown territory, though.

Almost everything about Baby Blythe (9-2) is unknown territory, but she comes here after a superlative effort in a Saratoga maiden, when she blew them all away to the tune of seven lengths on her second start after a long layoff. The bare form probably means little, but she should really be ready to rumble now and appeals as just the sort of progressive type trainer Shug McGaughey does so well with in the fall.

The tourists are led by the Appleby-trained Creative Flair, who has something to find with Higher Truth on Saratoga running, but who was held up rather than being allowed to employ her usual front-running tactics. If she can use that tactical speed she could be dangerous, and may be more suited to this test than Harajuku (4-1), whose best efforts in France came on soft ground, although her longshot sixth place in the French Oaks is possibly the best single piece of form in the whole field.