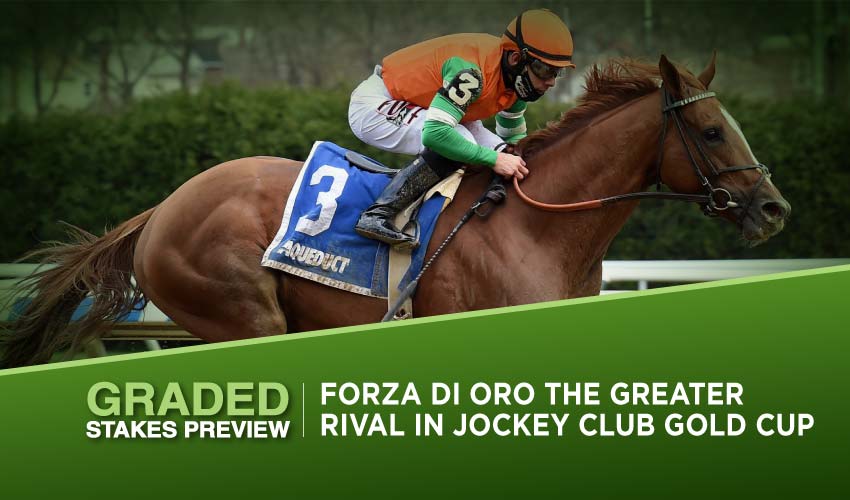 This Saturday Saratoga will host two G1 races Jockey Club Gold Cup and Flower Bowl stakes, these races are part of the Win and You’re In series, Horse Racing Tote brings you the Racecard, take a look and pick your favorite!

This is not the usual Jockey Club Gold Cup we used to know and love. Firstly, it has moved to Saratoga from Belmont Park for 2021, and secondly, in recent years the quality of the race has declined markedly from the days when it was won by the greats of the game: Kelso, Damascus, Forego, Affirmed, John Henry, Easy Goer, Cigar and Curlin. The purse money has doubled but the race’s impact has halved, although there is relevance in its ‘win-and-in’ status for the Breeders’ Cup Classic.

Last year’s winner Happy Saver bids for a repeat, but obviously no course-and-distance credentials apply given the move to the Spa. Twelve months ago he beat Mystic Guide by three-quarters of a length in New York, keeping on gamely in deep stretch on what was his first start at Graded level. Not a bad introduction.

Victory in an allowance optional claimer in May took his winning streak to five, but Happy Saver was beaten for the first time in the Grade 2 Suburban at Belmont in July, when he floundered on a sloppy, sealed track and finished third behind Max Player and Mystic Guide – winner of the 2021 Dubai World Cup – when never landing a blow at the principals, going under by two and three-quarter lengths.

Max Player (5-2) is Happy Saver’s principal rival on form, but the issue is not as clear-cut as the result of the Suburban suggests. To begin with, he was receiving 4lb from Happy Saver and now they meet at levels. Then there’s the sloppy track – Max Player handles it well, whereas Happy Saver (9-5) certainly didn’t seem to appreciate it at first encounter. Also, this was an upset win for Max Player, who had been out of touch for a long time before the Suburban.

He had been beaten six times straight – including third in the Belmont and Travers, fifth in the Kentucky Derby and Preakness – and of his two previous victories, one was gained on a sloppy, sealed track. Very heavy rain has hit NYC and New Jersey but the track at Saratoga is fast. If it was the conditions that won the Suburban for Max Player, he’ll find it much harder on Saturday.

In these circumstances, Forza Di Oro (8-5) may be a greater danger to Happy Saver’s chance of the double. He won the Grade 3 Discovery at Aqueduct on his final start of 2020, and on his only run since was an easy winner of an allowance optional claimer here over nine furlongs in July. The bare form doesn’t cut it, but this is not a strong contest for the money or the grade and his trainer Bill Mott merits the utmost respect when asking a horse to step forward at a higher level.

The other half of the field is there for the day out rather than anything more serious, which is not something usually associated with such a historic race. Night Ops (5-1) has hit the board in all his six races this year, but has never tried this distance and makes his debut in Grade 1 company. He still looks stronger than Chess Chief (15-1), who has only ever won at the Fair Grounds and is another Grade 1 debutant, and Forewarned (50-1), who has lost his last ten races and only escapes the label of total no-hoper because trainer Uriah St Lewis won this race in 2018 with a similar longshot. Prediction Happy Saver.

Whatever the fate of Forza Di Oro in the main event, Bill Mott should still leave the Spa with a big race in his saddlebag through the improving War Like Goddess, who takes her first swing at Grade 1 company in the Flower Bowl Stakes, a ‘win-and-in’ contest for the Breeders’ Cup Filly & Mare Turf.

War Like Goddess (4-5) is five-for-six lifetime and has graduated sweetly and efficiently up the ladder, enjoying a typically gentle education from her master trainer, winning Grade 3s at Gulfstream and Keeneland in the spring and then taking out the Grade 2 Glens Falls here last month, in which she gave 4lb and a three-and-a-quarter-length beating to My Sister Nat. She came six wide at the top of the stretch before quickening clear, and the furlong-shorter trip on Saturday holds no fears for this exciting four-year-old.

She can confirm the form on identical terms with the opposing My Sister Nat (5-1), the first string of both trainer Chad Brown and owner Peter Brant. My Sister Nat was runner-up in the Flower Bowl 12 months ago when it was run at Belmont, when Lovely Lucky (20-1) was last of seven, but has never won above Grade 3 level and is on a six-race losing streak. She is consistent and hardy but does not appeal as an improver, although the form of Brown’s meet-winning barn entitles her to maximum respect.

She is probably a better prospect than lightly-raced barnmate Great Island (4-1), who steps back up in distance after winning the Grade 3 Matchmaker at Monmouth in July, and certainly preferred to owner-mate American Bridge (12-1), trained in France by Jean-Claude Rouget. This tourist won a Group 3 at San Siro in Milan last time out, but Italian form is generally weak and her efforts in the French provinces (not quite leaky-roof, but humble and homely) have been uninspiring. She is easily dismissed in this company.

Coastana (15-1) makes her graded-stakes debut and has plenty to prove after winning an allowance race over course and distance last month, but La Signare (5-1) is at home at this level and will surely do better than her fifth place in last year’s Flower Bowl.

The six-year-old has hit the board in three consecutive Grade 1s this year, latterly the Diana here over nine furlongs, in which she was third behind Althiqa. Her only win at Graded level is more than three years old and she makes no appeal as a win bet, but given her current run of form she is a worthy candidate for exotics. Prediction War Like Goddess (La Signare to show)

Follow us on Social Media for instant Win and You’re In updates!