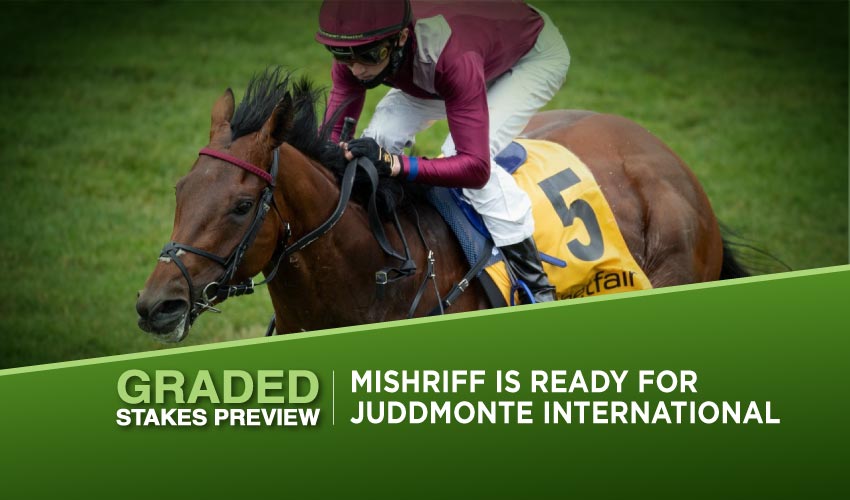 Horse Racing Tote brings you Racing News with all the details about the four-day festival meeting at York, lets get started with the Juddmonte International, the most prestigious race of the week!

If there is a race in Britain that merits the old Saratoga tag of ‘graveyard of champions’ it is the Juddmonte International at York, in which the likes of Brigadier Gerard, Oh So Sharp, Indian Skimmer, and Golden Horn have all been beaten. Perhaps the voodoo will affect Wednesday’s ten-furlong, all-aged, £1,000,000 Group 1 showdown again.

The principals are Mishriff (7-4) and Love (9-4), second and third in King George when separated by a length and three-quarters behind Derby winner Adayar. That performance was peak Mishriff, but Love was sluggish that day and is better than she showed at Ascot. She was not helped by the screwball pace-setting tactics employed by her stablemate – trainer Aidan O’Brien doesn’t always get that right – and at this shorter distance will likely set her own fractions, as she did when winning at Royal Ascot.

She can reverse the Ascot form with Mishriff, but the three-year-olds have won the big all-aged races this summer and this can be another for the younger generation. Alenquer (12-1) and Mac Swiney (14-1) would both be better over further and on softer ground, while the brilliant filly Alcohol Free (11-2), winner of two Group 1s at a mile, steps up two furlongs and neither her pedigree nor her manner of racing indicates that will be to her advantage.

Instead, the relatively unexposed Mohaafeth (6-1), a candidate for the Derby earlier this year before the rain wrecked his prospects, is preferred. The distance and ground are perfect – he likes to bounce off fast turf – and as long as his last effort can be ignored, in a muddling affair over course and distance, he has bona fide credentials. He should get a strong pace to aim at and his trainer William Haggas is in the blockbusting form at the moment.

It’s a much simpler situation in the £400,000 Group 1 Yorkshire Oaks, for fillies and mares over a mile and a half on Thursday, because here is the magnificent Snowfall (4-11) again, the best three-year-old filly in Europe (and probably the world).

The daughter of Deep Impact won the Oaks at Epsom by 16 lengths and the Irish Oaks at the Curragh by eight and a half, and when she hits her relentless groove there is nothing that can live with her. Royal Ascot and Goodwood winner Wonderful Tonight (7-1) is top-quality but needs a monsoon to sweep in to be seen at her best.

Sprinters hold sway on Friday, with US tourist Golden Pal (5-2) an exciting addition to the £400,000 Group 1 Nunthorpe Stakes over five furlongs, one of the few races in which two-year-olds can compete against their elders.

Wesley Ward’s raider comes with a glowing recommendation from his trainer but he will have to step up on the known form to figure here. Perhaps he will, but he will be taken on for the lead by course and distance specialist Winter Power (6-1) and that duel will play into the hands of crack French filly Suesa (11-4), whose finishing kick is irresistible.

At Goodwood last time out she put a hot Group 2 race to bed in four strides when daylight appeared, drawing three lengths clear of the nearly-horse Dragon Symbol (7-1), and can give the three-year-olds a clean sweep of the week’s Group 1 races.

The four-day festival meeting at York in mid-August is second only to Royal Ascot in terms of prestige and quality in British racing, with the action taking place on the Knavesmire, the ancient name for the land on which the racecourse stands, which was the venue for public hangings – including the famously infamous Dick Turpin – way back when.

It’s known as the Ebor meeting after the historic and hugely competitive long-distance Ebor Handicap that forms the centrepiece of the final day, its name deriving from Eboracum, the Roman name for the old city. The racecourse is a short walk from the Roman city walls and is a flat, left-hand, galloping circuit, a thoroughly fair test of the thoroughbred, although after heavy rain the going can become very testing – the ‘mire’ alluded to in the old name for the site.

The most prestigious race of the week is the Group 1 Juddmonte International, at the perfect stallion-making distance of ten furlongs, which has been won by true greats such as Frankel, Sea The Stars, Sakhee, Triptych, and Dahlia (twice). The inaugural running of the race in 1972 played host to one of the greatest shocks in the sport when the outstanding champion Brigadier Gerard was beaten for the only time in 18 races, playing second fiddle to a brilliant front-running performance by Derby winner Roberto and jockey Braulio Baeza. The Ebor meeting is often viewed as the last flourish of the summer and is enormously popular with horsemen and spectators alike, the former for the deep quality on the track and the latter for York’s notoriously cheap champagne, the perfect way to celebrate a winner and to commiserate a loser.