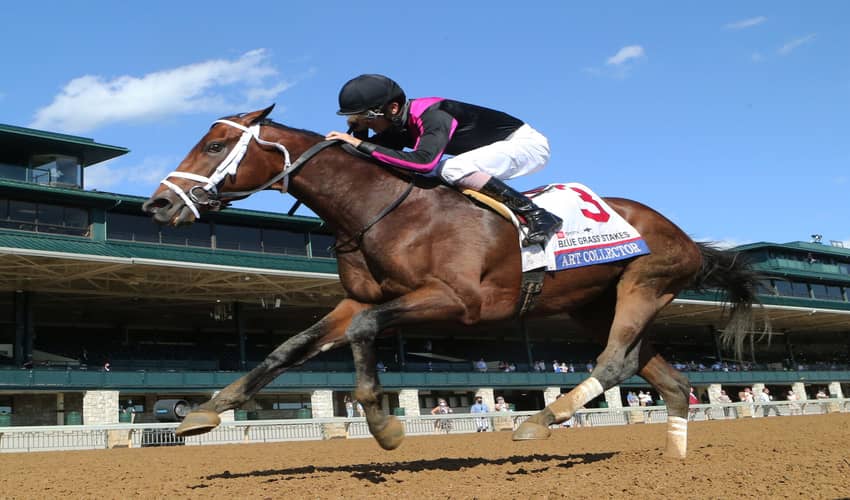 Keeneland Race Recap: The eyes of the horse racing world were on Keeneland Race this weekend, as the Toyota Blue Grass Stakes and several undercard races took place, including the Coolmore Jenny Wiley Stakes and the Central Bank Ashland Stakes. Take a look at some of the most important results from this week’s action.

*In the meantime, let us remind you that JazzSports.ag racebook offers more than you could possibly want from a competent betting site. Find daily odds, varied betting pools and much more!

The weekend’s premier race for Kentucky Derby points qualification was a huge lift for Art Collector, who beat Swiss Skydiver, a promising filly, and 11 other horses. Swiss Skydiver set an early pace with splits of 0:46.61 and 1:10.63, as Shivaree pushed her to the inside on the 1 1/8-mile course. At the second turn, Art Collector was given the nod to push ahead, and he took off after Swiss Skydiver.

Art Collector wore down Swiss Skydriver in the last furlong and ended up winning by 3 ½ lengths, giving him a big 100 points toward Kentucky Derby qualification. His time was 1:48.11, just 0.82 seconds off the record, set by Skip Away back in 1996. Swiss Skydiver currently leads in qualification points for the Kentucky Oaks but also got 40 points for finishing second, beating Rushie by 4 ¾ lengths. Generally, 40 points is enough to gain qualification, so it remains to be seen whether she would do the Derby or the Oaks at Churchill Downs.

It looked like Jolie Olimpica was going to run away with the Colmore Jenny Wiley Stakes, but then Rushing Fall caught him at the eighth pole and pulled away, winning by ¾ of a length. Rushing Fall finished the 1 1/6 miles of turf in a course record time of 1:39.02. Jolie Olimpica had finished the fractions at 0:23.42, 0:46.94 and 1:10.10, with Rushing Fall close behind. Rushing Fall started to edge closer during the far turn but could not pull level until midstretch. This is now Rushing Fall’s fifth stakes victory at Keeneland, second only to the record of seven held by Wise Dan. She is just the third horse since 1976 to win a Grade I stakes race at the ages of two, three four and five. Lady Eli and Beholder are the other two.

Speech set a track record in the Ashland Stakes, winning by three lengths. She will now have a guaranteed spot in the Kentucky Oaks. Speech has 160 points, second only to Swiss Skydiver on the leaderboard. Had had four straight runner-up finishes since she broke her maiden back in December. She had been slated for the Beaumont Stakes until Swiss Skydiver was moved to the Toyota Blue Grass Stakes, against male competition. With that opening, Speech’s team decided to try her in this slot. Her trainer is uncertain as to whether she will race again before the Kentucky Oaks on September 4.

Get the LEAD in your betting picks with Horse Racing Tote’s regular content.