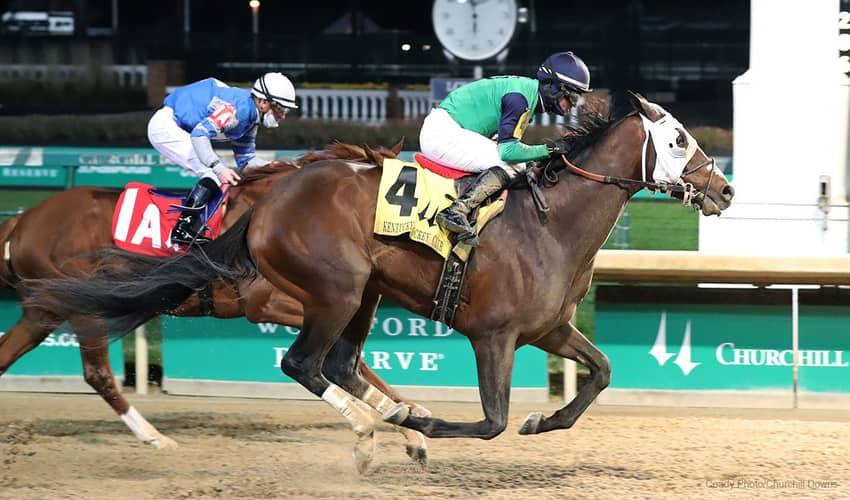 Last fall’s Kentucky Jockey Club Stakes (G2) winner, Keepmeinmind, is one of the leading names on the Road to the Kentucky Derby. He currently sits at the No. 2 spot on the leaderboard with 18 qualifying points.

In a new development, Wayne Hughes’ Spendthrift Farm has acquired a half-ownership interest in the runner. Spendthrift announced the news on Sunday. Ned Toffey is Spendthrift’s general manager.

“We are delighted to be a part of such an exciting young racehorse as Keepmeinmind, and thankful to Cypress Creek and Arnold Bennewith for the opportunity to join the team,” Toffey said. “We believe Keepmeinmind is poised for a big 3-year-old year.

“He demonstrated tremendous talent as a 2-year-old, placing twice in grade 1s including the Breeders’ Cup Juvenile (G1) and finishing up the year in style with a convincing win in the Kentucky Jockey Club Stakes at Churchill.”

Keepmeinmind is set to make his seasonal debut. The question is whether it will be in the $400,000 Risen Star Stakes Presented by Lamarque Ford (G3) at Fair Grounds Race Course & Slots on Feb. 13 or in the $750,000 Southwest Stakes (G3) at Oaklawn Park on Feb. 15.

Post positions are set to be drawn for the Southwest on Thursday, and the runner has already drawn Post 12 under jockey David Cohen for the Risen Star.

According to the racehorse’s connections, a decision will be made on which race to run following a breeze set for Monday at the Oaklawn track.

“There’s a couple of variables,” said Diodoro. “I think we’re going to wait and see the next 72 hours.”
However, things look like they might be pointing towards the Risen Star, as the Southwest is set to have a tight field and bad weather.

“The short field here is a little bit of a concern with his running style,” said Diodoro. “If you’ve got a speed horse, like a couple of guys do in the race, perfect having five, six horses. But when you have a come-from-behinder, that’s not the most ideal thing.”

On Feb. 2, Keepmeinmind breezed a bullet five furlongs in :59 at Oaklawn.

Keepmeinmind has a career record of 1-2-1 from four starts and earnings of $394,320. He finished second in the Claiborne Breeders’ Futurity (G1) at Keeneland as a 2-year-old. He also took third in the TVG Breeders’ Cup Juvenile Presented by Thoroughbred Aftercare Alliance at the track.

Keepmeinmind is a bay out of the Victory Gallop mare Inclination. He was bred in Kentucky by Southern Equine Stables.

Those two races saw 2-year-old male champion Essential Quality finish first. The runner currently tops the Triple Crown nominations list and is one of the leading horses on the Derby trail.

Essential Quality is a 3-year-old Tapit colt who is owned by Godolphin and trained by Brad Cox. He has a perfect 3-for-3 record with earnings of $1,335,144, and he demonstrated strong speed in those two victories.