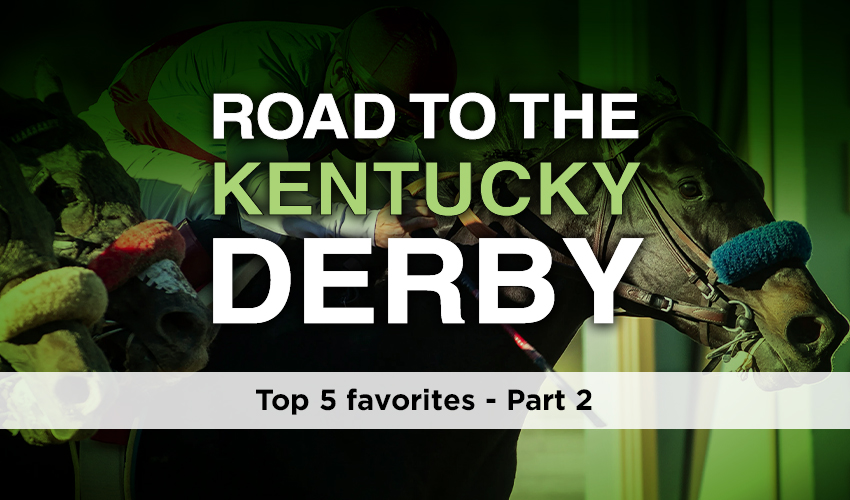 One of the most eagerly anticipated days of the year for racing fans is getting closer by the day, as the opening Triple Crown event of the season takes place on May 1st. Yesterday we assessed the top five in the betting for the Kentucky Derby, and today we will assess the next five Kentucky Derby Favourites in the market for the huge G1.

Medina Spirit was among the leading chances in the ante-post Kentucky Derby market earlier in the season, but the Bob Baffert-trained horse has drifted over recent months. Since winning the Grade 3 Robert B Lewis Stakes in January, he has been the bridesmaid on all three starts.

The potential is still clearly there for all to see, but some will be concerned by the distances that he has finished behind the leaders. He was eight lengths behind Life Is Good in the Grade 2 San Felipe Stakes, before finishing four and a quarter lengths behind Rock Your World on his two more recent starts. Regardless, he does have Graded form behind him, and that is a positive.

Brad Cox trains Mandaloun, and despite showing early promise in his maiden, his form has been patchy this calendar year. He finished third in the Grade 3 Lecomte Stakes, as he finished one and a quarter lengths behind Midnight Bourbon. However, he did bounce back from that result with a Grade 2 success in the Risen Star Stakes at Fair Grounds in February.

On that occasion, he finished one and a quarter lengths clear of Proxy. However, he was slightly disappointing on his most recent start, as he finished 12 lengths behind Hot Rod Charlie in the Grade 2 Louisiana Derby.

Helium could be one of the most interesting horses in the betting for the Kentucky Derby. He is unbeaten in three career starts and really caught the imagination when winning the Tampa Bay Derby earlier in the year. He won the Grade 2 by three-quarters of a length from Hidden Stash, but the change in jockey for the Triple Crown opener could go either way.

Midnight Bourbon has picked up 52 points on the Road to the Kentucky Derby, which sees him sit in ninth place in the standings. He claimed a first Graded success in the Grade 3 Lecomte Stakes in January, but since then, he has finished third and second in the Risen Star Stakes and Louisiana Derby, respectively. The Steven Asmussen-trained horse has lost to two rivals that will be lining up for the Kentucky Derby, and that would be a slight concern for gamblers ahead of the race.

Soup And Sandwich is 14th on the Kentucky Derby leaderboard, as he has picked up 40 points for trainer Mark Casse this season. After winning his maiden in February, he finished second behind Known Agenda in the Grade 1 Florida Derby. He was two and three-quarter lengths behind the winner on that occasion, but he remains a talented horse that many would feel could have strong claims for a place position in the Kentucky Derby.

Make sure to check Horse Racing Tote for all the latest horse news; weekend results, graded stakes, weekend results and so much more. All future book prices courtesy of JazzSports.