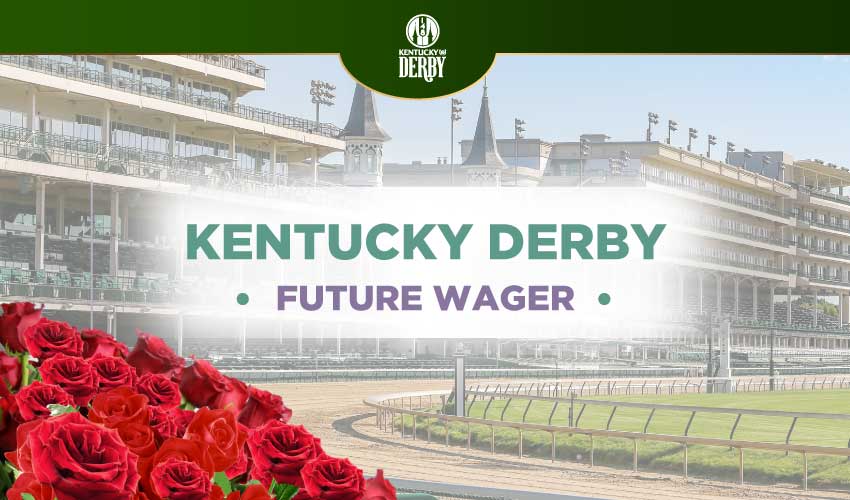 The volatile nature of the future book on the Kentucky Derby – now just over three months away – was demonstrated by the longshot victory of Call Me Midnight in the Lecomte at the Fair Grounds last weekend, in which Breeders’ Cup Juvenile runner-up Pappacap was only third. Here we look at the current Kentucky Derby future wager state of play in America’s greatest race, and provide updates on the next objectives for many of the big names.

Call Me a new contender

Another layer of intrigue was applied to the framework of the Kentucky Derby with the running of the Grade 3 Lecomte at the Fair Grounds on Saturday, when Call Me Midnight (65-1) thrust himself into the short-term reckoning with a last-gasp victory following a powerful stretch run.

It was a big step up on his previous attempt at Graded company, when he ran a dull seventh in the Grade 2 Kentucky Jockey Club, but there wasn’t a great deal of pace in that race and Call Me Midnight evidently relished the speed test at the Fair Grounds. Those fractions were set by Epicenter (40-1), who was a little unlucky to find a longshot coming out of the blue after he’d first put away his speed rivals and then turned back the hustle of Pappacap (50-1), who didn’t really advertise the form of the Breeders’ Cup Juvenile, in which he was runner-up to current Derby favourite Corniche.

If the race were run again Epicenter would likely be favoured to reverse the placings with Call Me Midnight, and it’s likely we’ll get the chance to see for ourselves as all three horses are being considered for the Grade 2 Risen Star, back at the Fair Grounds on February 22, which offers 50 points and an almost-certain place in the gate on Derby day for the winner. The disappointment of the Lecomte was Cyberknife (75-1), who never showed, trailed in sixth and will need to pick things up considerably next time if he is to remain on the ‘Road’.

The big mover in the Kentucky Derby future book in recent days is the Steve Asmussen-trained Chasing Time (25-1), a barnmate of Epicenter who has no Road to the Kentucky Derby qualifying points at present, but who looks a certainty to pick some up soon after clearing right away to win an allowance optional claimer over a mile at Oaklawn Park.

The way he put almost eight lengths into the opposition spoke of a colt ready to move up in class and distance, and he may get that chance in the valuable Grade 3 Southwest back at Oaklawn on Saturday, over an extra sixteenth, in which fellow Derby hopefuls Slow Down Andy (45-1) and Dash Attack (50-1) are expected to be lying in wait. Ten Road to the Kentucky Derby points are available to the winner, unless he is trained by Bob Baffert.

In that vein, another new name to the upper reaches of the future book is Armagnac (75-1), a son of Quality Road who broke his maiden in a short field at Santa Anita over a mile-sixteenth last week, leading at every call and coming home two and a quarter lengths clear. However, as he is trained by Baffert, he cannot be considered a live contender at the moment, although there may be a few with a taste for strong liquor pondering the merits of an alcoholic Derby exacta comprising Armagnac and Jerome winner Courvoisier (75-1).

Also muscling his way into the discussion was Charge It (60-1), who looked a promising individual when runner-up over the Gulfstream Park mile on his debut, leaving the third horse a dozen lengths adrift. Charge It joins the vast Todd Pletcher contingent with Derby aspirations, currently led by Grade 2 Remsen winner Mo Donegal (33-1), who will be seen next in the Grade 3 Holy Bull at Gulfstream Park on February 5. Pletcher also has BC Juvenile fourth Commandperformance (35-1), Emmanuel (50-1) andVaratti (65-1) on his mind, but Charge It will be of interest wherever he goes next.

After the Southwest, the next milestone on the ‘Road’ is the Grade 3 Withers at Aqueduct on February 5, which is the target for the well-regarded Early Voting (100-1), trained by Chad Brown, whose Grade 1 winner Jack Christopher (25-1) is not yet back on the radar after recuperation from a leg injury.

Early Voting, a son of Gun Runner, got the job done at the first attempt at the Big A over a mile and will have his mettle tested in the Withers by rivals that should include Jerome 1-2-3 Courvoisier, Smarten Up and Cooke Creek (110-1), as well as Grade 3 Grey winner God Of Love (60-1).

Happy, and you know it

Pool 2 of the Kentucky Derby pari-mutuels closed on Sunday, and although the favourite on the Las Vegas sportsbooks is still ‘the field’, meaning bettors prefer to rely on something coming from somewhere in the vicinity of left field – and horses trained by Baffert, who are all thrown in with ‘the field’ – rather than those already in the spotlight, there is certainly an undercurrent of support for Smile Happy (15-1), unbeaten in two and winner of the Grade 2 Kentucky Jockey Club at Churchill Downs in late November.

Part of that support is due to the wagers of Jim ‘Mattress Mack’ McIngvale, owner of the colt’s sire Runhappy, whose $5,000 bet on Smile Happy was enough to move the dial on the Kenny McPeek-trained contender. Mattress Mack will have a chance to see the wisdom of his investment when Smile Happy takes on the aforementioned Call Me Midnight, Epicenter and Pappacap in the Risen Star.

McPeek’s other Derby horses include BC Juvenile Turf runner-up Tiz The Bomb (100-1), who is heading for the Holy Bull, and Grade 1 Claiborne Breeders’ Futurity winner Rattle N Roll (30-1), who is over his minor injury problems and being targeted at either the Grade 2 Fountain of Youth at Gulfstream on March 5, or the Grade 2 Tampa Bay Derby at Tampa Bay Downs a week later.

An unexpected name in the market is that of Echo Zulu (40-1), who is a mortal lock to be named champion juvenile filly at the Eclipse Awards on February 10. At this stage she must be regarded as a very unlikely runner in the Derby – after all, the Kentucky Oaks is at her mercy – but if the Baffert horses remain ineligible and barnmates Epicenter and Chasing Time don’t come up to scratch then perhaps plans could change. Echo Zulu will, of course, have to run against males in the lead-up to earn sufficient points to qualify.