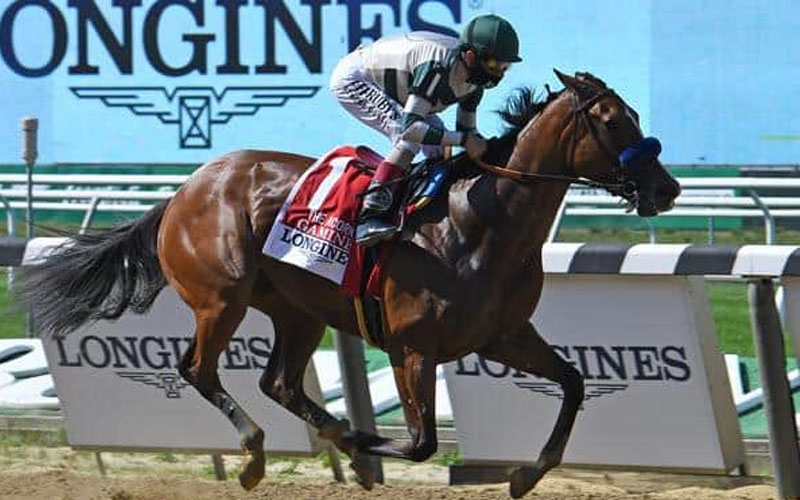 This year’s edition of the Kentucky Oaks will run on April 30. Let’s look at some of the top candidates leading up to the event.

Two of the top candidates for the race are both fillies from Curlin, two-time Horse of the Year. Malathaat and Millefeuille began receiving attention following their 1-2 finish in the Demoiselle Stakes (G2) last fall. Both are still looking to make their 2021 debuts.

Malathaat is owned by Shadwell Stable and trained by Hall of Famer Todd Pletcher. She has a perfect three-for-three career record and purse earnings of $172,150.

Prior to that Demoiselle Stakes victory, she won the Nov. 6 Tempted Stakes at Aqueduct and an Oct. 9 maiden special weight race at Belmont Park.
Millefeuille is owned by Juddmonte Farms and trained by another Hall of Famer in Bill Mott. She does not have the same perfect record as her rival, with one win and two runner-up efforts from three races. Her purse earnings sit at $86,600.

Malathaat and Millefeuille could be challenged by recent winners Clairiere and Curlin’s Catch, also Curlin fillies, at the Kentucky Oaks.

Clairere, the leading name of the two, is trained by Hall of Famer Steve Asmussen. Owned by Stonestreet Stables, she has two victories and one second from three career races.

The runner has already won once this year, taking the Feb. 13 Rachel Alexandra Stakes Presented by Fasig-Tipton (G2) at Fair Grounds. Her 2020 season ended with a runner-up effort in the Nov. 28 Golden Rod Stakes (G2) at Churchill Downs, which followed an Oct. 25 maiden special weight win at the track.

Breeze Easy’s Curlin’s Catch is trained by Mark E. Casse. She has two wins and one second from four career runs, and she is a perfect two-for-two this year.

While Curlin’s Catch doesn’t receive the same level of attention as the other three fillies, she has looked extremely good in her last few races. The Canadian-bred filly has handled both the Tapeta surface at Woodbine last year and the dirt this year.

In her Suncoast victory, she managed to split horses two times, and her connections expect her to only improve as the distances get longer.

The 2021 Kentucky Oaks field is not confirmed yet, but it looks like it will be full of talent.