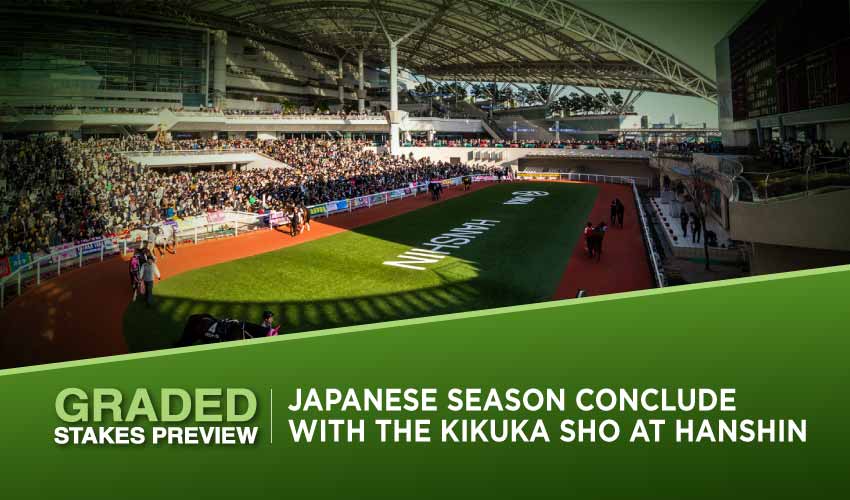 Before the Japanese three-year-olds face the older opponents, some of them aim at the Japanese St Leger held at the Hanshin Racecourse on Sunday. The race known as Kikuka Sho won’t see another Triplecrown winner this year, still, it attracted some exciting colts.

The third leg of Japanese Triplecrown is open only to three-year-olds (no geldings) who are about to clash at the distance of a mile and 7 furlongs. As it was said, nobody follows in Contrail’s last year’s footstep, so there won’t be a Triplecrown winner in 2021; moreover, neither the Japanese Derby winner nor the 2000 Guineas victor is aimed at Sunday’s G1 turf race. Still, the purse of 270,970,000 Yen attracted a varied field of 18 participants, while Stella Veloce (3-1) looks the most likely winner. The Naosuke Sugai bound colt placed in a G1 race as a two-year-old and proved to be quite classy in this season, given he finished third both in the 2000 Guineas and Japanese Derby. After he received some rest, Stella Veloce was pointed at the G2 Kobe Shimbun Hai over a mile and 3 furlongs, where he spent the race at the rear of the field. In the final stretch, he gradually improved his position, though, and finishing strongly, he joined leading Red Genesis (19-5) to beat him by half of a length.

If Stella Veloce relaxes throughout Sunday’s race as he did in the mentioned G2, he can surge for the lead in the final stretch once again and leave all of his rivals behind. The question is whether he handles the trip, yet it applies to almost every participant, including another G2 winner Red Genesis and Monte Dio (40-1), who was showing the way in the G2 Kobe Shimbun Hai to grab third place when clear of Shahryar, the Japanese Derby victor.

Other contestants to consider met in the G2 Asahi Hai St Lite Kinen over a mile and 3 furlongs where Asamano Itazura (11-1) trained by Takahisa Tezuka displayed an excellent finish. The big colt galloped at the back of the field from the beginning and didn’t look like to have a significant say even after he turned for home; however, when the jockey took him outside, Asamano Itazura rallied forward like an unstoppable train. Passing by one rival after another, he soon enough joined the leading colts and managed to stick his neck in front of them in time. He scored his first G2 victory with Orthoclase (18-5) running in third. Even though the winner’s performance was quite extraordinary, his previous outings didn’t suggest that Asamano Itazura should make such massive progress.

In fact, he finished second in a G2 race in March; however, his two following starts resulted in 16th and 12th places. He might’ve needed some rest and yearned for a longer distance, but on Sunday, he needs to prove his latest victory wasn’t just a fluke. Titleholder (36-5) was one but last in this G2 but there’s some class about him as he was second in the 2000 Guineas, while Weiss Meteor (107-5) is also in the mix after his commanding victory in the G3 handicap.

Our Kikuka Sho betting pick is Stella Veloce because he’s been a consistent high-class performer throughout the season and could be capable of handling the trip.

Follow us on Social Media for instant Kikuka Sho updates!