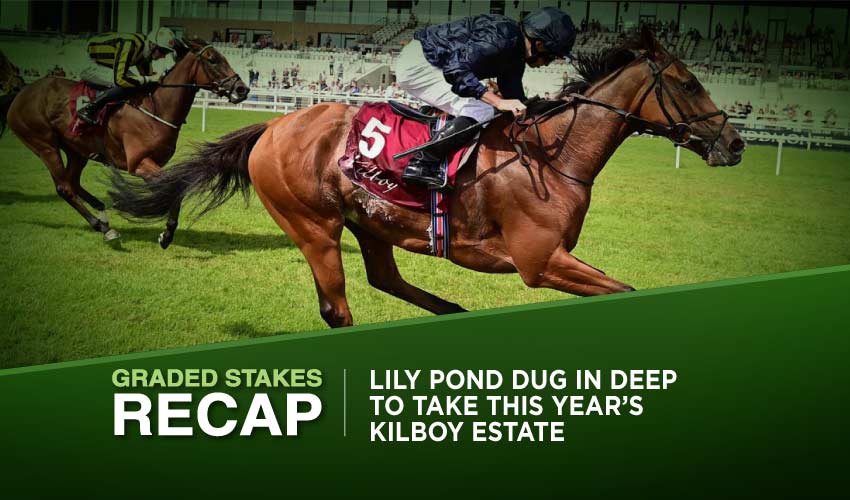 With many of Irelands and the UK’s top trainers eyeing up glory in a whole host of top Grade 2 contests, Here we recap everything that happened in the Minstrel Stakes and Kilboy Estate at Curragh

In what was a fascinating contest on paper, Order of Australia won his second consecutive Minstrel Stakes with a comfortable victory over Pearls Galore and Dr Zempf.

The betting for the race was competitive and as the horses came down to the crunch it looked like both favourites, Order of Australia and Pearls Galore were ready for a ding dong battle up to the line.

As the horses reached the furlong pole, it was clear that there was only going to be one winner as Order of Australia showed all of his class and stretched clear of his rival. Asserting as he approached the winning post, Order of Australia ran out a winner by three comfortable lengths.

Behind the winner, Pearls Galore and Dr Zempf couldn’t be separated with the two horses giving it everything as they approached the finishing line.

It was Pearls Galore who used all of his experience to poke his head in front when it mattered.

For the winner, winning trainer Aidan O’Brien talked excitedly about the road ahead. On the immediate radar is the potential of an exciting rematch against Baaed in the Sussex Cup. Later in the season, races in the Breeders’ Cup and Hong Kong will also be targeted.

Lily Pond completed a double on the day for esteemed trainer Aidan O’Brien as Lily Pond dug in deep to take this year’s Kilboy Estate.

Returning at odds of +800 it was the three-year-old filly who displayed a tremendous attitude and was able to hold off the closing pack to win by just over a length.

Closing fast on the outside was Seisai and bursting through the middle was the charging One for Bobby who left her bid for victory just slightly too late to reel in the eventual winner.

This year’s Kilboy Stakes was a target for several English raiders and the betting was led by the William Haggis-trained Purplepay.

A previous Grade 2 winner, Purplepay was dropping back to calmer waters after a fifth-place finish in the Grade 1 Pretty Polly. She travelled well but couldn’t last the testing gallop. Unable to match the pace of the leaders she quickly retreated and could only finish in a disappointing 5th.

For the winner, Lily Pond’s success marked Aidan O’Brien’s 4th win in the last eight runnings of this race.

It’s exciting times ahead, and with this Grade 2 success under her belt, O’Brien believes his filly could step up in trip and take her place in the Group 1 Prix de l’Opera which will be held over Arc weekend later this year.