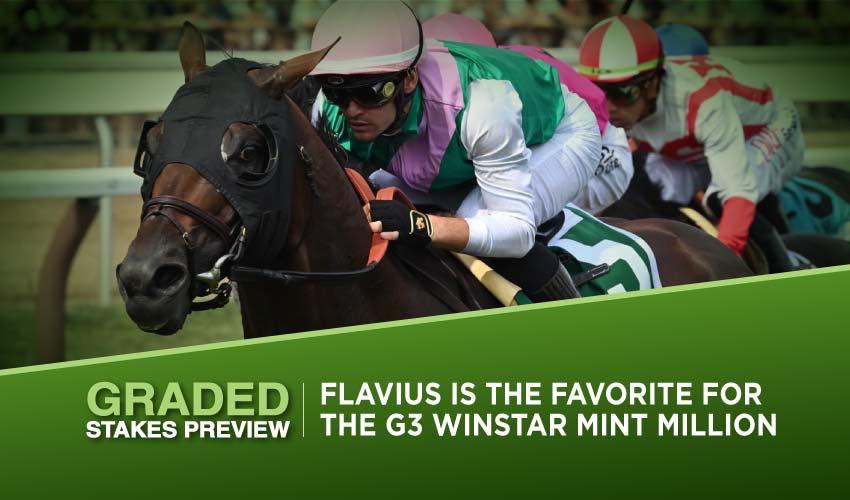 Labor Day marks the unofficial end of summer, and Horse Racing Tote brings you all the previews for these graded Labor Day Races races across US, take a look and pick your favorite!

And so the summer slides into fall, Saratoga ready for the shutters. If Labor Day marks the unofficial end of summer, the lights going out at Saratoga is as official a confirmation as any horse-player needs. One final flourish, then, with the best-named race in the calendar. What could be more apt than the Hopeful Stakes, at a time when the focus begins to turn towards the potential stars of tomorrow? The serious stuff starts here; the best juvenile contest of the year brings together the exacta horses from the Grade 3 Sanford and the Grade 2 Saratoga Special, and there’s probably no need to look any further for the winner. There may be no need to look any further than Wit (7-5), unbeaten in two starts, winning by daylight each time, and building a lofty reputation in the process. The Todd

Pletcher-trained son of Practical Joke fell out of the gate at Belmont on his debut and lost a lot of ground, yet at the wire he was six lengths clear. Wit did even better in the Sanford here, again starting slowly and again drawing right off in the stretch, this time for an eight-length success. What could he do if he ever hit the lids when the bell rang? “It was special the way he blew by horses in the Sanford. You don’t see many horses, no less a two-year-old, come from that far back and win that easily in two straight races,” the colt’s majority owner Mike Repole told the Blood-Horse.

It’s certainly tough to imagine Sanford runner-up Headline Report (12-1), himself five and a half lengths clear of the third horse, turning the tables. His trainer Wesley Ward was reading the writing on the wall when he said “Todd’s colt right now looks like the best two-year-old in the country. But you can never duck a race trying to get around one horse.

And Ward’s right. That’s why they run races instead of having people decide for themselves. But Wit can’t be faulted in anything he’s done, apart from the tendency to muff the start, and that’s hardly held him back. The only point of debate regarding Wit is the extra furlong he faces here, but he certainly wasn’t stopping over six and his pedigree indicates that the extra 220 yards won’t be an issue.

High Oak (5-2), from Bill Mott’s storied academy of excellence, is also unbeaten in two starts, although he doesn’t come with the panache of Wit. He closed in impressive style to get up by a neck at Belmont on his debut, and stepped right up on that when clearing away from the turn to take the Saratoga Special over six and one-half furlongs by four and a quarter lengths.

Back in second place was Gunite (8-1), who had broken his maiden on his third start at Churchill Downs, and who – like Headline Report – was well clear of the third horse. All four horses thus far mentioned are clearly well above average, and unless one of the maiden winners is an angel unaware then this quartet have it locked down between them. Wit’s barnmate Power Agenda (10-1) made a successful debut here over six, Kevin’s Folly (20-1) did the same over five and a half, Big Scully (30-1) broke his maiden here over six on his second start, while Defend (6-1) won by eight at Delaware Park on his debut. All clearly have ability, but none can be considered to improve so fast and so far to trouble Wit or High Oak.

In another year, High Oak might be an odds-on shot for what he did in the Saratoga Special, but this isn’t an ordinary year. Wit might be a champion, one of the ‘ones’; hope springs eternal in the Hopeful. Prediction Wit (Gunite to show)

On the other side of the country, where the surf meets the turf, the equivalent to the Hopeful takes place at Del Mar, where despite a smaller field there is no stand-out, stand-back-and-stare candidate in the Futurity such as Wit. Instead, conversely, there’s a maiden winner looking to take the fight to the Graded performers.

Bob Baffert has trained 14 winners of the Del Mar Futurity including American Pharoah and Silver Charm, and relies this year on Murray and Pinehurst, who are both coming off successful debuts gained here in markedly different styles.

Murray, a son of Street Sense, began his career over five and a half furlongs when second favourite to beat more experienced rivals. Not only did he beat them, he destroyed them, extending a five-length lead at the top of the stretch to a ten-and-three-quarter-length margin at the wire. It was a proper powerhouse display, although as always the caveat lies in the phrase ‘what did he beat?’, and the runner-up Clampett and third Carbonite were both beaten next time out.

So Murray looked brilliant beating moderate horses. His barnmate Pinehurst didn’t look quite so flashy over five furlongs, scrambling home by a half-length from a field of fellow newcomers led by another stablemate in Enbarr, who was 11 and a half lengths clear of the third home. The conclusion to be drawn from all this is that Baffert has some good two-year-olds, one who might be a monster, two who might both be well above average. The longer trip will lend perspective to that conclusion.

It’s always hard to ignore a double-figure winning margin, especially from such a barn, especially on debut. We all want to see the real deal, and Murray might be it, but he’s no Wit yet and we need further evidence. Intriguingly, when longshot Olympic Legend broke his maiden over five furlongs at lowly Los Alamitos, he also finished ahead of the aforementioned Clampett and Carbonite, although by nothing like as far as Murray managed.

Another in the same category as Murray is American Xperiment, who on debut dusted off his rivals to the tune of five and a quarter lengths at Saratoga, wire to wire over five and a half furlongs. The runner-up was beaten next time out, so the form may not mean much but the visual impression left an imprint, although in this much better grade it will be much more difficult for American Xperiment to lead all the way, assuming he’s asked to.

All this and no mention of the two form horses, the exacta from the Grade 2 Best Pal over six furlongs here, the unbeaten Pappacap and Finneus, who were separated by four and three-quarter lengths after Pappacap had skipped away on the turn and just kept motoring. Both horses should appreciate the extra furlong here, although it might take something more substantial than merely yardage for Finneus to catch hold of Pappacap, and certainly more than the 3lb pull at the weights here.

“Pappacap has been a horse, from the time we started breezing at our training centre in

Ocala, that always seemed a little extra special,” trainer Mark Casse told the Blood-Horse. Pappacap, a son of first-crop sire sensation Gun Runner, is well above standard for a race such as the Futurity and – as in the case of High Oak at Saratoga – would generally be a very short-priced favourite. Yet the ancient dilemma of form over flashiness, proof over potential, hangs over this contest.

We know, or think we know, what Pappacap brings to the table. We have no idea what Murray will bring, no idea whether his trouncing of low-key opposition is the real deal or iron pyrites. It is usually safest to go with form and proof, but with the fingers crossed, and the capacity to be reluctantly astonished by something unexpected. Prediction Pappacap

A short and relatively undistinguished field collects for the Bernard Baruch at Saratoga, five horses without a graded-stakes victory to be seen. The eye is immediately drawn to the Chad Brown contender L’Imperator, a former French runner who won an allowance optional claimer here on his second start Stateside and his first of the year.

That was his first start after being gelded and he should move forward from it, and should again have the measure of third-placed En Wye Cee (2-1), beaten two and a quarter lengths after being checked in the stretch on what was also his first outing of 2021. L’Imperator (5-2) did all his racing in the mud in France and last time out was the first time in his life he’d encountered a fast track. He handled it well but the suspicion remains that he’d be better on an easy surface.

Tell Your Daddy (5-2) is just three-for-23 lifetime and arrives on the back of a 12-race losing streak that he failed to snap over course and distance last time out, beaten by Flavius (see below) and with today’s rival Dreams Of Tomorrow (7-2) two and a quarter lengths further back in fourth. Neither appeal nearly as much as En Wye Cee’s barnmate No Word (6-1), despite that four-year-old’s unimpressive showing over a mile-eighth here last month. That was also No Word’s 2021 debut – one of three here making their second outing of the year – making it likely that he’ll improve for the run, and his form last year behind Gufo in the Belmont Derby and behind Domestic Spending in the Saratoga Derby gives him credentials none of his rivals here can match, if he can recapture them after a couple of below-par efforts. Prediction No Word

The biggest purse on Monday is at Kentucky Downs, the turf-only, three-turn novelty that moves centre stage as Del Mar and Saratoga head for the wings. The Mint Million – formerly known as the Tourist Mile – is a two-horse duel on paper, but as the old saying goes, they don’t run on paper.

The pace angle is likely to be Somelikeithotbrown (5-2), who steps back to a mile after trying to go wire-to-wire in the mile-sixteenth Grade 2 Wise Dan at Churchill Downs in June, in which he was collared in deep stretch and beaten a half-length by Set Piece, with Kentucky Ghost (12-1) fifth and Mutakatif (30-1) seventh. On his previous start Somelikeithotbrown set a new record for a mile-sixteenth at Pimlico when a cosy winner of the Grade 2 Dinner Party, and his trainer Mike Maker is the all-time leader at Kentucky Downs.

The five-year-old will be a formidable presence, and despite a slight weight disadvantage should again be too strong for Kentucky Ghost, runner-up at Colonial Downs latest with Pixelate (10-1) a length and a quarter back in third. His barnmate Monarchs Glen (12-1) was a winner at Indiana Grand two starts ago but his overall level of form leaves him playing catch-up here.

Vintage Print (10-1) is another dropping back in distance after finishing fourth in the Grade 2 Eddie Read at Del Mar, while Bizzee Channel (8-1) steps down from Grade 1 company after finishing fifth in the slowly run Mr D at Arlington. Bizzee Channel’s previous victory over Mr D winner Two Emmys in the Grade 3 Arlington in July – Betwithbothhands (30-1) fourth – reads well here, although it isn’t gospel as Two Emmys stole the Mr D as a longshot upset and is not a reliable benchmark.

Flavius (9-5) won this race as the Tourist Mile 12 months ago and comes back in good nick to defend his title. He was a game winner that day in course-record time and previous experience over this esoteric racecourse is worth its weight in gold. Earlier this year he was beaten about a length into fourth in the Grade 1 Frank Kilroe Mile at Santa Anita, and tuned up for this with a convincing victory in a Listed affair at Saratoga last month. The six-year-old hails from the all-conquering Chad Brown empire and has the edge over his rivals given his prior experience at this unorthodox racetrack. Prediction Flavius (Bizzee Channel to show)