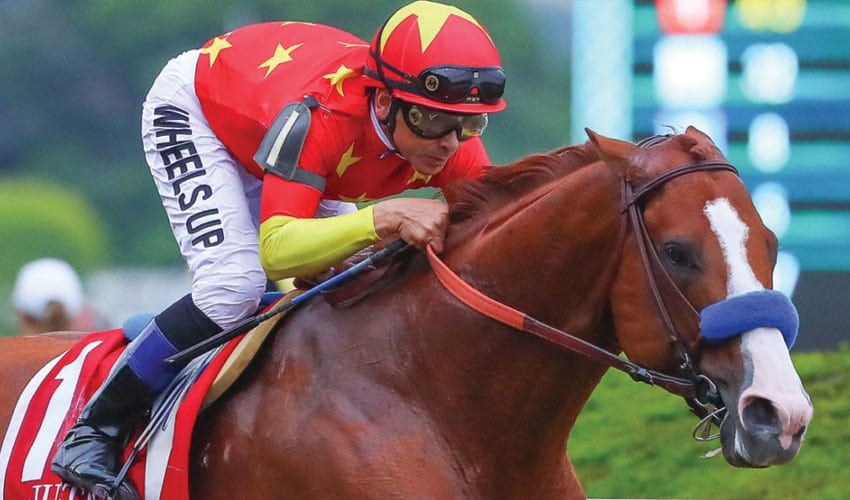 These latest news in the horse racing community had a long time coming; finally looks as though cases against Justify and Hoppertunity have finally been decided. On Wednesday, Santa Anita stewards dismissed appeals against the two horses that date back to failed drug tests from 2018.

Both Justify and Hoppertunity, whom are trained by Bob Baffert. Had trace levels of scopolamine in their systems after being tested in different races.

Justify had won the Santa Anita Derby (G1). While Hoppertunity was the winner at the Tokyo City Cup (G1).

**Before we continue on with the latest news; Take a look at some of the hottest horses betting odds currently available at JazzSports.ag

The Santa Anita stewards announced the dismissal of the appeals in a statement that said that the matter had already been ruled by the CHRB back on Aug. 23, 2018.

Baffert also issued a statement saying that he was pleased with the outcome; most notably for Justify. Who ended his career with an unbeaten record.

Justify and Hoppertunity: Where Did the Suit Originate?

It was Mick Ruis, the owner of Bolt D’Oro, the horse that finished second to Justify in the Santa Anita Derby, who put the lawsuit together. Ruis believed that Justify should have been disqualified after the positive test.

Has that happened, the horse would not have been eligible for the Kentucky Derby; which he won on the way to a Triple Crown.

An out-of-court settlement of the suit dictated that the CHRB must file new complaints that were finally heard by the Santa Anita stewards in October.

After a four hour meeting; a trio of stewards decided that there was no new evidence that would lead them to overrule the decision made by the CHRB in 2018.

During testimony delivered during the original lawsuit, veterinarian Dr. Rick Arthur said; that the scopolamine came from environmental contamination.

Specifically from the hay fed to the horses in question, as well as five others.

Scopolamine is considered a low-level drug that does nothing to increase the performance of a racehorse.

The fact that this was not intentional dosing was enough for the case to essentially be dismissed.

Keep up with all the latest horse racing news, tips, and results by following Horse Racing Tote