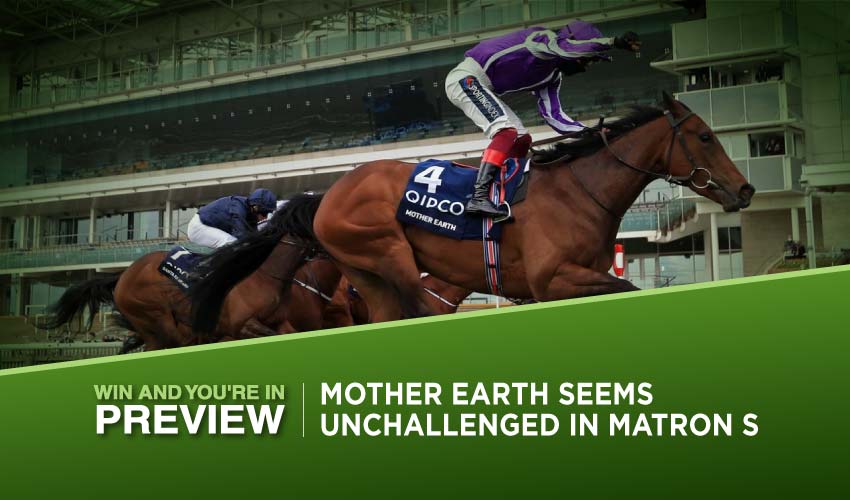 The upcoming weekend offers an exciting card at Leopardstown as they hold three Irish races whose winners are automatically invited over the pond for the BC races. In the UK, Hurricane Lane tries to bag another Classic victory as he headlines the British St. Leger Stakes field.

In the field of 10 two-year-olds, Maritime Wings (5-2) trained by Joseph O’Brien is the favourite to take most from the purse of €125,000 in this one-mile-long turf race. The mentioned chestnut has already shown well among G2 company, finishing second in the Futurity Stakes at Curragh. He should benefit from the experience together with Manu Et Corde (14-1), who took fourth place in the race; however, the participants with just one outing under their belts look exciting as well. Especially, Aidan O’Brien bound Absolute Ruler (9-2), winner of a small race at Dundalk over a mile, who is out of G1 mare Together Forever, looks interesting, but Atomic Jones (8-1) also seems likeable in this company.

Although Maritime Wings is the favourite here, we’ll stick with the Aidan O’Brien’s lot Absolute Ruler. We like Atomic Jones as well.

At first sight, this renewal of the G1 race meant for three-year-old and older fillies and mares look ridiculously weak. On the turf surface, 13 participants will clash over the distance of a mile, and even though the purse is €300,000, Mother Earth (3-2) seems unchallenged here. The Aidan O’Brien bay was quite heavily raced last year, but it might’ve helped her rush successfully in the season for the victory in the 1000 Guineas. Since then, she ran only among the elite, taking places three times, while last time out, she struck the gold in France, in other words, in the Prix Rothschild.

The Zoffany filly is excellent over the mile; she is classy, quick and willing to fight, rendering her a tough favourite to beat. Several participants achieved success in the G1 races. Still, their most recent forms aren’t that great, including the Irish 1000 Guineas winner Empress Josephine (16-1), so the potential threats for Mother Earth should be searched elsewhere else. As Acanella (10-1) bagged her first G3 victory in August, she showed some promising progress, while Epona Plays (11-1) is also an attractive filly that mightn’t have displayed everything she can do. G3 winner Pearls Galore (15-2) is another one to consider.

We won’t go against Mother Earth, but Epona Plays could do the job regarding other places.

Although the purse of $1,000,000 being up for grabs in this race over a mile and a quarter, only 4 three-year-old and older horses will clash in this G1 turf pinnacle of the day. While lacking quantity, the high quality is intact as the favourite is St Mark’s Basilica (6-5), an Aidan O’Brien bound three-year-old who won all of his starts of 2021. After achieving victories in the French Classics over a mile and a quarter, he faced older horses in the Coral-Eclipse Stakes at Sandown, where his ability was unmatched. Since then, he suffered a minor setback, but if he shows something similar to his last effort, his rivals will have difficulty challenging him.

Only the second start of the season awaits five-year-old Tarnawa (9-4) at Leopardstown, who’s unbeaten in her previous five outings. Being a classy mare, she scored over a mile and a quarter, but she prefers longer distances. Still, she is respected, for she entered the season with a smooth G3 victory.

Three-year-old Poetic Flare (10-3) has two G1 wins under his belt this year, and although he’s had a difficult campaign behind him, the excellent miler is about to try the middle distance for the very first time. He should handle it honourably, but the question is whether it would be enough in this company. Patrick Sarsfield (33-1) is the last contestant and an outsider as he’s more of a G2 horse.

St Mark’s Basilica is the obvious choice here as he hasn’t done anything wrong here. In case he flops, either Tarnawa or Poetic Flare could pick up the pieces.

The mile and six and half furlongs-long last Classic of the British Flat season attracted 10 three-year-old colts who will compete for the purse of £700,000. The G1 race on the turf surface isn’t on the Epsom Derby winner Adayar’s agenda, but Godolphin and trainer Charlie Appleby have another awesome horse to rely on – Hurricane Lane (4-5).

The chestnut colt has run six times in total with suffering just one loss, which was to Adayar in the mentioned Derby; however, he shined in the Dante Stakes, the derby trial, and then fought hard to bag a victory in the Irish Derby over a mile and a half. Last time out, the handsome son of Frankel travelled to France, where he destroyed his rivals by six lengths in the Grand Prix de Paris over a mile and a half. As Frankel is capable of giving talented stayers, Hurricane Lane should get the trip. In terms of class, the chestnut seems unchallenged here; still, some of his rivals may benefit more from the longer distance.

Therefore, we need to talk about Interpretation (16-1) trained by Aidan O’Brien, who is represented by other three colts here, including a disappointing Derby-participant High Definition (9-1). He hasn’t been impressive since, and even though he is respected, his colleague Interpretation looks to be suited by the trip more.

This season, the Galileo bay is unbeaten, winning two smaller races before he was pointed into a Listed race over a mile and six furlongs. Going for the front right away, Interpretation tired out all of his rivals and scored a success by almost two lengths. From the top contenders, Interpretation is the only one winning over such a long distance. Still, Ottoman Emperor (7-1) seems gutsy enough to take a nice place in the St Leger Stakes, while Sir Lucan (20-1) could also finish well in the final stages. The last to mention is the Epsom Derby second Mojo Star (8-1), who is classy and gives out the impression he should benefit from the long trip.

Hurricane Lane is an obvious favourite in the last British Classic race, and he could be followed home by Interpretation and Mojo Star.

Follow us on Social Media for instant Leopardstown updates!