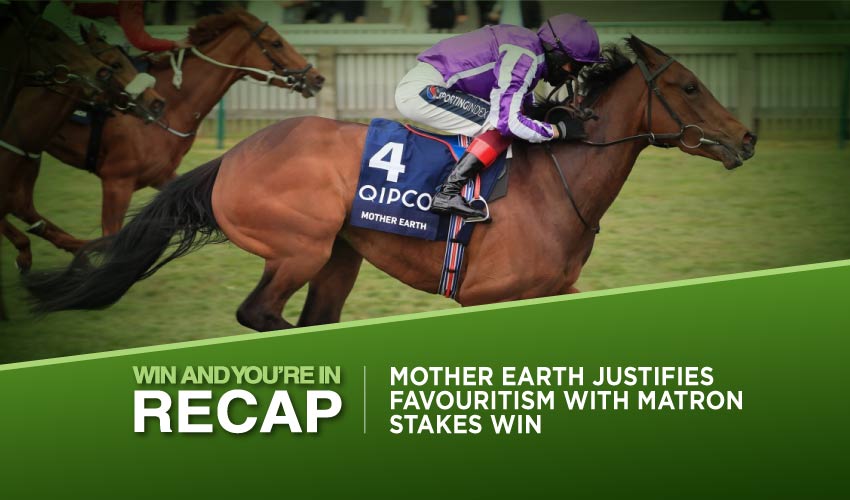 While the British final Classic, St Leger at Doncaster, meant a smooth success for the preferred three-year-old, Charlie Appleby bound Hurricane Lane, the card at Leopardstown was quite eventful. Both G1 races at the Irish track were subjected to the stewards’ inquiry. Still, both results stood, and St Mark’s Basilica and No Speak Alexander were announced the winners.

Chronologically, the turf race meant for two-year-olds is first to mention here as at the G2 scene, the favorite Maritime Wings (4-1) utterly failed to shine, finishing as the one but last. Over the distance of a mile, 10 runners went for the purse of €125 000 among which Ger Lyons bound Atomic Jones (10-1) was successful. The Irish trainer is becoming well-known for his speedy and smart youngsters, including Atomic Jones, who won his debut but faced some interesting horses here. Therefore, he was only the fifth chance in the Champions Juvenile Stakes, but he beat them all.

The Wootton Bassett bay galloped at the rear of the field, but once the final stage was approaching, Colin Keane took the colt outside and asked him some questions. And Atomic Jones delivered. Four other contestants were fighting for the prize with the winner, but none of them could adequately react to Atomic Jones’ finish as he won by a head in 1m 42.75s. Stone Age (100-30) dug deep as well but had to settle for second place, holding off the Aidan O’Brien duo Absolute Ruler (5-1) – Howth (33-1).

The G1 race for three-year-old and older fillies with the purse of €300 000 was just another display of how easily a favorite can lose when stuck at the barrier. Mother Earth (6-5) was the leading victory candidate on the turf surface, winning two G1 races this season. Still, in this mile race, she couldn’t find a place between her rivals to play an impactful role regarding the win, and Ryan Moore aboard the Aidan O’Brien filly had to be grateful for seizing third place at least.

Disallowing Mother Earth to move forward, No Speak Alexander (25-1) caused the upset as she moved to the front at the right time and was blocking anybody trying to sneak next to her. Shane Foley piloted her to an unexpected victory by a neck in 1m 41.98s before Pearls Galore (7-1). The favorite’s stable-mate Empress Josephine (33-1) managed fourth place, Epona Plays (16-1) was fifth.

The race was followed by a stewards’ inquiry concerning several collisions among fillies and mares in the final stretch, but the order remained unaltered.

St Mark’s Basilica (5-6) managed to strike gold in the pinnacle of the afternoon, but this G1 turf race was also subjected to the stewards’ inquiry. Over the distance of a mile and a quarter, the prize of €1 000 000 was up for grabs, yet only a quartet of three-year-old and older horses showed up at Leopardstown.

Unbeaten this season, three-year-old St Mark’s Basilica trained by Aidan O’Brien was the favorite, having won the Coral-Eclipse Stakes and two French Classics. However, he faced another Classic winner here, Poetic Flare (4-1), and a superstar mare Tarnawa (9-4). Ryan Moore let the colt gallop in third place as the outsider Patrick Sarsfield (33-1) took the lead, and even though St Mark’s Basilica had enough energy to win the race, he kept drifting towards stands when he romped for the first place in the final stretch.

At the same time, he prevented Tarnawa from having a clear run, which was the subject of the inquiry later on. However, because the colt didn’t collide with the mare and she still had space for the finish, the order remained the same, and St Mark’s Basilica was crowned the winner of the Irish Champion Stakes. The Siyouni bay crossed the wire in 2m 11.19s with an advantage of ¾ of length over Tarnawa. The five-year-old mare ran a huge race at her just second this year’s outing, and wherever Dermot Weld is going to send the chestnut, she’s going to be an absolute beast there.

Poetic Flare also showed he doesn’t mind the middle distance, fighting bravely till the end, and was left in the third place in the final stride. Patrick Sarsfield was fourth.

The last British Classic saw another display of Hurricane Lane’s (8-11) ability. The G1 turf race over a mile and 6 and ½ furlongs attracted an exciting field of three-year-olds, competing for the purse of £300 000 with Hurricane Lane trained by Charlie Appleby is the leading contender.

As the Frankel colt has lost only in the Epsom Derby, winning the Irish Derby and Grand Prix de Paris at Longchamp, it was only logical he was the preferred participant, and he subsequently proved the assumption correct. Settling under William Buick in the midfield, the chestnut traveled lovely throughout the race, waiting for the final stretch.

As his rivals made a move, especially Mojo Star (8-1) romping to the front from the second place, Hurrican Lane was just unhurriedly closing on them, but as soon as the jockey urged him to go for it, the favorite just did. It wasn’t effortless at first, for Mojo Star fought back with all heart; still, Hurricane Lane was a class apart. Later on, he seized the front and cruised for a 2 and ¾ lengths victory in 3m 4.28s, adding third G1 success to his record.

Behind the possible Prix de l’Arc de Triomphe contender, Mojo Star took second place, which belonged with him also in the Epsom Derby, where he left Hurricane Lane in third. Sitting in second at the heels of leading Interpretation (8-1), he powered for the top in the final stretch, and even though he couldn’t match the winner, he was clear from other rivals. The Mediterranean (28-1) sort of justified the trust put in him by bettors, being a huge market moved before the race, and his finish was enough to grab third place in front of his stable companion, Aidan O’Brien trained pace-setting Interpretation.

Their other colleague High Definition (14-1) was disappointing once again, crossing the wire as the one but the last one.

Follow us on Social Media for instant Leopardstown BC Races updates!