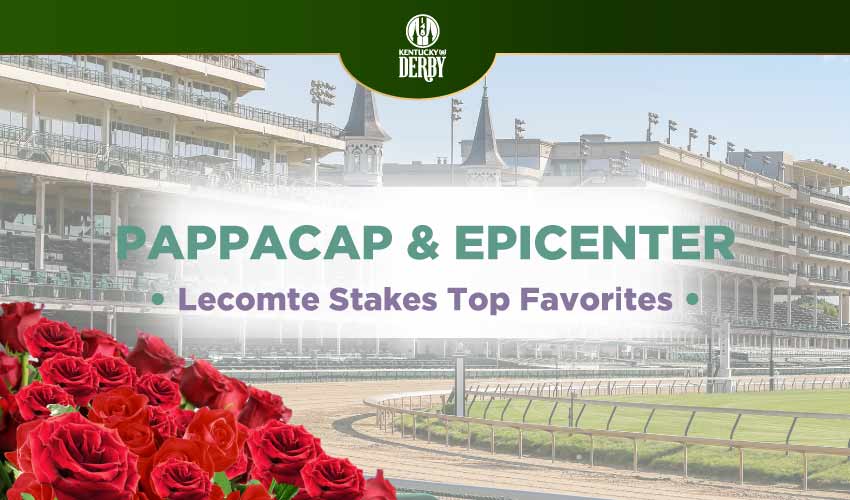 The stars come out at the Fair Grounds on Saturday, with Grade 1 horses putting their reputations on the line in Grade 3 company. Breeders’ Cup Juvenile runner-up Pappacap takes on the improving Epicenter in the Lecomte, another milestone on the Road to the Kentucky Derby, while old rivals Mandaloun and Midnight Bourbon meet again in a fascinating renewal of the Louisiana.

With the expected scratching of Chess Chief reducing the field to six, the Louisiana has all the appearance of a duel between the two confirmed Grade 1 horses in the race, both of whom get Lasix for the first time, although there are still factors in play that militate against each of the big two.

Kentucky Derby runner-up Mandaloun has been off the track since July, when he lost the Grade 1 Haskell at Monmouth Park by a nose but gained it on the disqualification of Hot Rod Charlie. That performance, allied to his superlative effort behind Medina Spirit in the ‘Run for the Roses’, gives him the bona fide credentials of a Grade 1 horse in a Grade 3 contest, but the long layoff is an issue especially when allied to the fact that this race is being used as a stepping-stone to next month’s Saudi Cup.

Bettors should take note that Mandaloun is unlikely to be wound up tight today, although his proven class will still make him a very dangerous contender and he has a 3-2 count over main rival Midnight Bourbon from their five encounters last year.

The Road to the Kentucky Derby series returns to the spotlight at the Fair Grounds in New Orleans on Saturday, with the Lecomte offering a 10-4-2-1 points haul for potential Churchill Downs contenders.

Current RTKD points leader Pappacap is the headline act, with the Mark Casse-trained son of Gun Runner providing a connection to the prospects of Derby future-book favorite Corniche, who beat Pappacap into the runner-up spot in both the Grade 1 American Pharoah at Santa Anita and the Grade 1 Breeders’ Cup Juvenile at Del Mar.

Two-year-old form doesn’t get any better than that, and although Pappacap could never get to grips with gate-to-wire Corniche at Del Mar, he was comfortably second-best and drew to within a length and three-quarters at the wire. The Grade 2 winner should have plenty of pace to aim at, suiting his late-running style, and he sets the benchmark against less seasoned opposition.

The only other unrestricted stakes winner here is Epicenter, whose trainer Steve Asmussen won the Lecomte 12 months ago with Midnight Bourbon. Epicenter ran his rivals out of town in a stakes over course and distance a month ago, clearing away to win by six and a half lengths with Churchill Downs maiden winner Surfer Dude another two lengths further back in third place.

That was the mark of a colt going places fast, and if Epicenter presses the pace as he did that time he will likely get first run on Pappacap, which could be a crucial factor. His barnmate Presidential, in the outside post, won an Indiana Grand mile maiden by seven and three-quarter lengths, but the wide margins between the beaten horses suggest it was a poor race and he has a near five-month layoff to overcome.

Another son of Gun Runner in the mix is the promising Cyberknife, who made a ‘winning’ debut at Churchill Downs before being disqualified. He nailed his first legitimate score in a maiden over course and distance on the same card as Epicenter’s stakes victory, looking solid rather than flashy, fading a little in the final sixteenth but doing enough to stay ahead. This demands much more, but Cyberknife is going the right way and is ready to move up.

Fellow course-and-distance winner Trafalgar got the job done in an allowance optional claimer last month, chasing the pace and hanging on gamely to win by a head, and although he’ll need to make considerable improvement he may be a better option than Churchill Downs maiden winner Call Me Midnight, who was never in the game behind Smile Happy in the Grade 2 Kentucky Jockey Club under the twin spires, finishing a tired seventh.

The unbeaten Unified Report has won twice in stakes company, latterly over six furlongs here last month, but both those races were for state-breds and he swims in much deeper water now, although he evidently has his share of ability.

Betting Prediction Pappacap brings the best form to the Lecomte, but on this speed-favouring track the pacy EPICENTER is the choice to build on his recent course-and-distance stakes win.