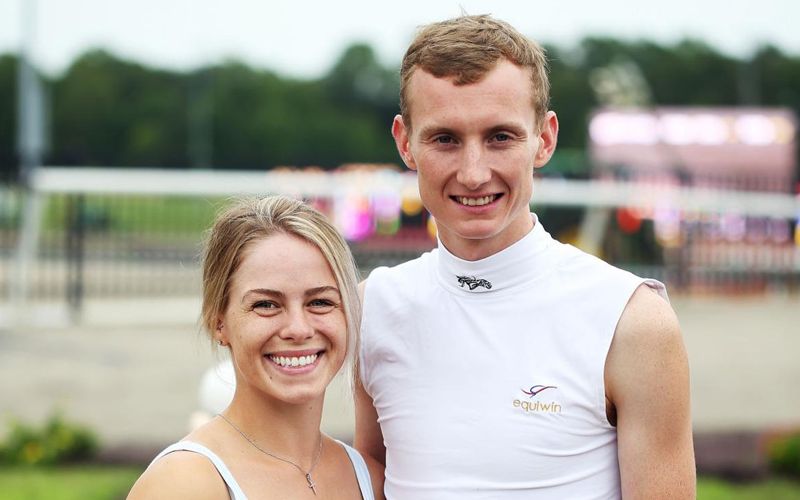 Married Jockeys: When a couple gets married, they expect to share everything in life; but for jockeys Trevor McCarthy and Katie Davis; what they received from the New York Racing Association (NYRA) was unexpected to say the least.

The couple, who tied the knot in December; made horse racing news when they quickly learned that their entries must be; coupled whenever they ride in the same race at any track operated by the NYRA. This is a rule set forth by the New York State Gaming Commission; and it means that the couple will now ride as a single entry whenever they run in the same race. This is common practice in races; where there is more than one horse with the same owner/trainer combo; but it is not something we see often with jockeys. It seems to be a rather strange rule when applied to jockeys; but it’s one that McCarthy and Davis are going to need to adhere to moving forward.

Why the Rule is in Place

Horse racing news was made when the original rule was strictly enforced, although it has been lightened over the years. It was put in place because of the potential for pool manipulation by owners and trainers; with the thought being that there was the possibility of them changing the running style; of their horses to ensure a better payout on the tote board. In many cases; a trainer will enter a speed horse to help set a pace that suits his other horse in the race. Those horses were paired so that the betting public would not feel as though they were somehow being deceived. Similar rules apply in the case of the jockeys; as the NYRA does not want the betting public to feel as though a married couple might somehow work together to affect the outcome of a race.

McCarthy is the busier of the two jockeys

Riding 737 horses in 2020 as compared to the 240 rides that Davis had. While trainers have said that the marriage will not affect their decision on choosing a jockey; McCarthy still fears that the decision may negatively impact his wife. Davis shares those concerns and would like to see the rule changed. She claims that when the couple race against one another; they go all out to ensure that they do not give each other a shot at winning.

Be sure to check back daily for all the latest horse racing news; previews, and results; as well as up to the minute reports from our experts Horse Racing Tote on the Road to the Kentucky Derby.