More Ins and Outs on the Kentucky Derby Trail 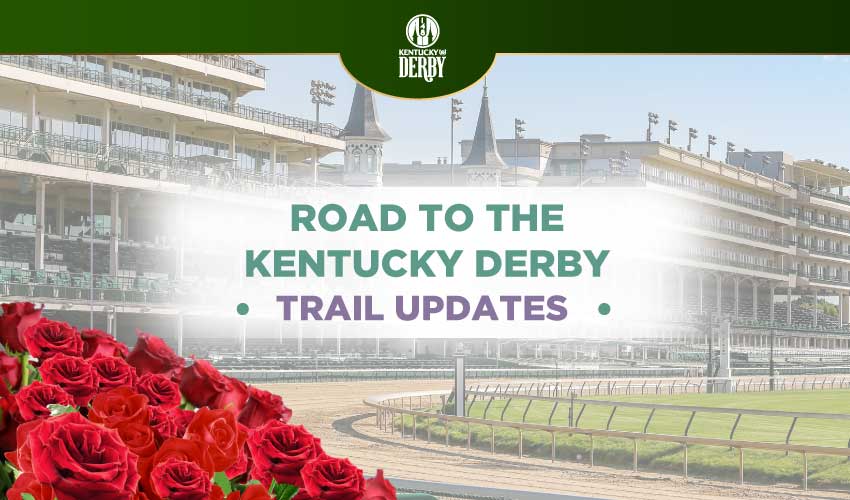 More ins and outs on the Kentucky Derby Trail, with three months to go before the big day at Churchill Downs. In our weekly round-up of the scene, we examine the credentials of the emerging pair Forbidden Kingdom and Emmanuel, issue the usual warning about the Bob Baffert brigade, and look ahead to the line-up of big races and big horses scheduled for the coming weeks.

Newgrange a hostage to Baffert saga

In any other year, the thoroughly competent victory of Newgrange (15-1) in the very valuable Grade 3 Southwest at Oaklawn Park last Saturday would be a major indicator towards the Kentucky Derby. The son of Grade 1 winner Violence was adding the Southwest to his earlier success in the Grade 3 Sham at Santa Anita, taking his unbeaten record to three, underlining his progress, moving up in the futures book.

Not this year. Newgrange’s trainer Bob Baffert is persona non grata as far as the Kentucky Derby is concerned, and his horses are ineligible for the race. That didn’t stop bettors latching on, but wherever Newgrange goes next – and the Grade 2 Rebel back at the Arkansas track at the end of this month is a possibility – those bettors are taking more of a risk than normal with an improving three-year-old.

Unless Baffert’s relationship with Churchill Downs improves dramatically – and the long-awaited hearing into Medina Spirit’s betamethasone positive is scheduled for next Monday, so watch this space like a hawk – Newgrange will have to move barns in order to run in the Derby, and he’ll have to do that within the next six weeks to have enough time to collect sufficient Road to the Kentucky Derby points. Until the next move is made, there’s little point even thinking about Newgrange for the Kentucky Derby.

That also goes for Baffert’s two other leading ‘contenders’: unbeaten Kentucky Derby future book favourite Corniche (10-1), who has no immediate objective after a spell at WinStar Farm, and Messier (25-1), who is expected to run in the Grade 3 Robert B Lewis at Santa Anita on Sunday. Unless something – anything – happens soon, they’re high and dry.

The situation leaves us to focus on Southwest runner-up Barber Road (75-1), who did all his best work late in the mile-sixteenth contest after being at the back of the field through the first half-mile. This was an improvement on his previous form and he is of interest, but is zero-for-three in stakes and will have to do more again in the Rebel, his next objective. The dull performance of fifth-placed Dash Attack (100-1) suggests that he may no longer be a major part of trainer Kenny McPeek’s lavish Derby plans.

Kingdom comes to the fore

As expected, Saturday’s action produced several Derby pointers, not least the victory of Forbidden Kingdom (30-1) in the Grade 2 San Vicente at Santa Anita over seven furlongs, a race that offered no RTKD points. The Richard Mandella-trained son of American Pharoah has plenty of speed and showed it all, rolling gate-to-wire for a dominant score over three Baffert trainees in Pinehurst (60-1), McLaren Vale (100-1) and Doppelganger (60-1), who can probably be regarded as second-rankers at the barn.

The issue with Forbidden Kingdom was his tendency to do too much too early, burning himself out like a firework, but he has been schooled to relax and the benefits were evident at Santa Anita. The next step is to see whether he can stretch out that speed, and the Grade 1 Santa Anita Derby over nine furlongs on April 9 may be the litmus test for his Derby ambitions.

Another major mover in the bookmakers’ lists was the More Than Ready colt Emmanuel (35-1), who retained his unbeaten record with a runaway win in an allowance optional claimer at Tampa Bay Downs over an extended mile. He was an odds-on favourite and performed like it, leading at every call, setting steady fractions and drawing off to win by four and a half lengths, confirming his home reputation and indicating that he’s ready to move up.

We’ll find out more if he comes back to take his chance in the Grade 2 Tampa Bay Derby over a mile-sixteenth on March 12, but trainer Todd Pletcher has plenty of Kentucky Derby candidates and plans will remain fluid. Pletcher went the extra mile to assist bettors when outlining the situation as it stands, with his shortest-priced challenger Grade 2 Remsen winner Mo Donegal (33-1) expected to line up in the Grade 3 Holy Bull at Gulfstream Park on Saturday.

Commandperformance (35-1), a three-race maiden who ran fourth in the Breeders’ Cup Juvenile, is reportedly a little behind schedule and has no preferred target. Unbeaten Grade 3 Iroquois winner Major General (60-1) is on track for the Grade 2 Fountain of Youth at Gulfstream Park on March 5, while on the same afternoon the unbeaten Dean’s List (60-1) will head up the east coast to make his stakes debut in the Grade 3 Gotham at Aqueduct. Further clarity came with the news that Pletcher is no longer pursuing a Kentucky Derby campaign with Wit (60-1), Double Thunder (75-1) and My Prankster (75-1).

The caravan moves on, of course, and there are three RTKD points races this weekend, all worth ten points to the winner with the usual Baffert caveat. The weakest of them may be the Grade 3 Withers at Aqueduct, which could be led by the Jerome Stakes winner Courvoisier (75-1) and the 2-3-4 in that contest, Smarten Up, Cooke Creek (110-1) and Unbridled Bomber.

The aforementioned Mo Donegal will have his work cut out in the Holy Bull against potential rivals including Breeders’ Cup Juvenile third Giant Game (70-1), Breeders’ Cup Juvenile Turf runner-up Tiz The Bomb (50-1) and intriguing stakes-winner Simplification (60-1), while far out west at Santa Anita the field for Sunday’s Grade 3 Robert B Lewis may feature Messier and wide-margin maiden winner Sir London (60-1).

A week later, Grade 2 Los Alamitos Futurity winner Slow Down Andy (45-1) and Grade 2 Remsen runner-up Zandon (35-1) are on course to clash in the Grade 2 Risen Star at the Fair Grounds on February 19, in which Grade 2 Kentucky Jockey Club winner Smile Happy (15-1) is also an expected runner.

This month’s Road to the Kentucky Derby Trail races

Join us at Jazzsports and make sure to stay tuned for the latest fixed horse racing odds. Kentucky Derby Future Book and racing entries.