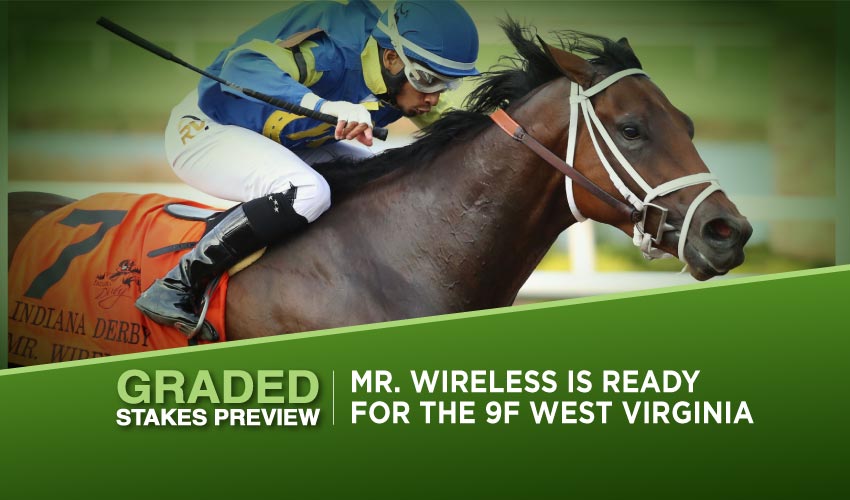 Mountaineer Casino Racetrack; on the banks of the Ohio River, has this Saturday seven well-matched contenders do battle for the $500,000 purse, stay tuned for the results.

The Grade 3 West Virginia Derby, over nine furlongs on the main track for three-year-old colts, has even attracted a runner from Mint Julep Day in the shape of Bourbonic (3-1), who finished 13th behind Medina Spirit before going on to the Belmont, where he filled the fifth spot behind Essential Quality. This will be, of course, a considerably easier assignment, and before being overmatched in two Classics he performed a smash-and-grab on the Grade 2 Wood Memorial, finishing like a locomotive to land a 72-1 upset.

His form reads well in this company, but two of his rivals have already won a Derby. Warrant (5-2) took the blue ribbon in the Texas Derby when three-quarters of a length too fast for Mr. Wireless (9-5), who promptly went out and got his own blue ribbon in the Grade 3 Indiana Derby.

Coincidence bettors will be all over Mr. Wireless, given that the last two winners of the West Virginia Derby have been Mr. Freeze and Mr. Money, which means that the race is starting to look like an equine remake of Reservoir Dogs. He’s coming into the race in fine form, which can’t be said of Bourbonic and admittedly counts for plenty, but his overall profile doesn’t have anything like the clout of Bourbonic, who stands out like a Tarantino picture in a home-movie contest in this company and could be a gift at the morning-line prices.

Forty minutes earlier, the $200,000 West Virginia Governor’s Stakes, for three-year-olds and up over a mile-sixteenth on the main track, brings together another seven-runner field with a prominent contender from Churchill Downs.

This time its Sprawl (8-5) who catches the eye after a spirited effort to be third to the mighty Maxfield in the Grade 2 Stephen Foster Stakes in June, beaten just over five lengths. He appears to reserve his best for the Louisville track but should be assisted by the slight reduction in distance here.

Before that excellent effort, he came off worst in a three-way, knock-down-drag-out climax to the Blame Stakes – again at Churchill – that went to the reopposing Mighty Heart (3-1) by a nose and ahead. Sprawl gets a 2lb pull for those small portions of facial anatomy and that Maxfield form is too toothsome to ignore.

Mighty Heart comes here fresh from going to gate-to-wire in a Grade 3 at Woodbine and had hit the jackpot in the Queen’s Plate at the Toronto track last year; he is certainly a better choice for the exacta than the aging Exulting (7-2), who belongs on the allowance-race beat these days, or the intriguingly named Colonelsdarktemper (5-1), who won the West Virginia Derby in 2017 and is three-for-three in minor contests this year but is not getting any better despite his recent string of first-places.