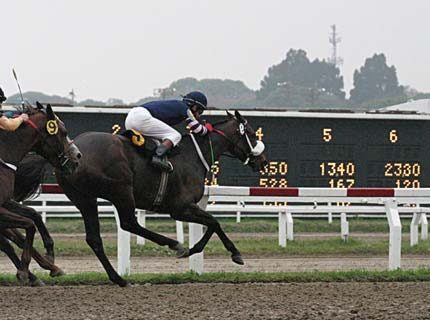 Nebraska Racing Tracks: Over the past couple of decades; we have seen several race tracks go out of business, with others clinging to life. For example, the shiny new stadium that is home to the Los Angeles Chargers and the Rams; sits on the spot that was once Hollywood Park. The tracks that have survived and thrived are those that have added other gambling opportunities to their business model; like casino gambling.

Slot machines and other forms of casino gambling are now a staple in many racetracks across the country. Now; three tracks in Nebraska: Horsemen’s Park in Omaha, Lincoln Racecourse in Lincoln and Atokad in South Sioux City; will be added to the list of tracks with casino gambling on-site.

WarHorse Gaming; a division of Ho-Chunk Inc., has been given the task of managing and expanding the casino gambling operations at the tracks mentioned above.

While the new group will be in charge of that side of the business; it will still be the Nebraska HBPA that handles the horse racing side of things.

WarHorse Gaming and the Nebraska HBPA are currently working together to formulate a timeline that works for both sides. Management at WarHorse believe that some form of expanded gaming will be in place at each of the tracks later in 2021; but it will likely be the following year before the full casino setup is officially in place and ready to go.

They have guaranteed that the betting public will be made aware of the official timeline as the plans continue to evolve.

On the business side of things, it was announced that Brian Chamberlain would serve as the Gaming Executive for WarHorse.

Blue Earth Marketing; a subsidiary of Ho-Chunk, was formally announced as agency of record for all three of the new casinos.

While the addition of casino gambling facilities is going to be exciting for patrons of the racetracks; it is also very good for the states.

Besides having more job opportunities for Nebraska residents; the additional income that the casinos will provide will mean more money in the state coffers in the form of increased tax revenues.

This really is a win/win situation for all involved; and is another positive shot in the arm for the horse racing industry.

Follow Horse Racing Tote  for more horse racing odds updates; as well as other news, tips, and results from the sport of kings.