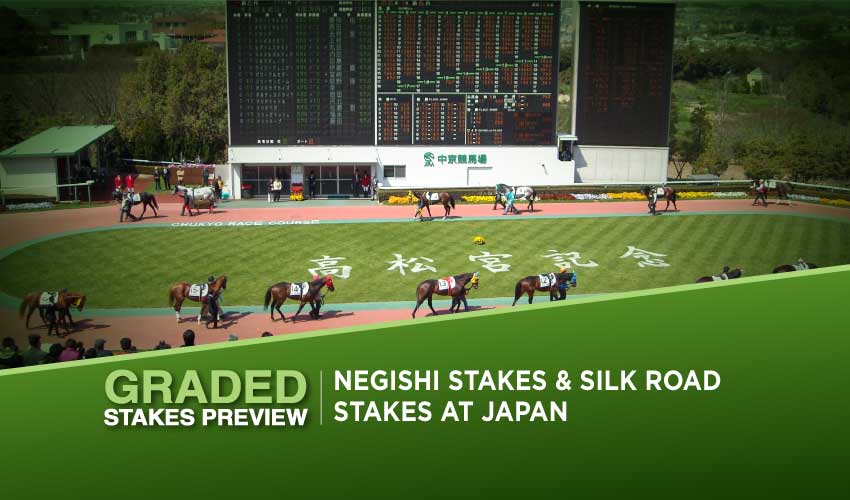 A couple of Sunday’s G3 races in Japan are meant for four-year-old and older horses, more or less sprinters, as The Silk Road Stakes at Chukyo Racecourse is held at the distance of six furlongs, while the Tokyo’s Negishi Stakes is seven furlongs long.

The G3 race is open to four-year-old and older horses. The purse of 76,820,000 Yen is up for grabs, while the 16 participants have to cover the distance of seven furlongs on the dirt surface here. To some extent, the race can be perceived as the rematch for the G3 Musashino Stakes, in which Soliste Thunder scored his very first Graded victory. The seven-year-old horse trained by Daisuke Takayanagi won the race in November after taking a fine third place in a Listed company.

If he shows something similar he did in October, he is definitely in the mix; however, Omega Rainbows can improve his third place from back then and become the biggest threat for Soliste Thunder. The six-year-old horse finished third also in December when running in the G3 Capella Stakes, while the trio of Tagano Beauty – Helios – Three Grand is also in the mix, given their most recent performances were almost of the same sort. Neither of them would cause a huge shock by winning the Negishi Stakes, which also applies to T M South Dan; however, his only outings in the Grade company in Tokyo resulted in poor efforts.

Our top pick for the Negishi Stakes is Omega Rainbows due to his reliability and the fact that he’s hit the track in December, unlike Soliste Thunder, which could be a factor

The first race to deal with welcomes a field of 18 four-year-old and older horses who will compete for the purse of 78,210,000 Yen at the distance of six furlongs. In this G3 event, the participants carry quite varied weights; however, an exciting contestant – Meikei Yell, won’t be disadvantaged by her burden much. The four-year-old filly trained by Hidenori Take bagged three victories in 2020, including two G3 wins.

Even though she failed to deliver among the elite at first in 2021, she struck gold in the G2 Tulip Sho at the mile distance and showed some potential also in the G1 Sprinters Stakes in October as she finished fourth. She hasn’t run since, but she’s young, obviously classy, and should play a significant role in Sunday’s race. Meikei Yell will meet up again with horses who showed up in the Sprinters Stakes, too, as Bien Fait finished seventh and Gendarme was eleventh.

Of course, neither of them shined back then, but both of them have performed well at the G3 scene, and they could snatch a good place on Sunday. Still, together with Red en Ciel , they are the most carrying participants here. Regarding the rest of the field, Epos and Curren Moe have also displayed enough class to hit the board here after finishing fifth in the G2.

Our betting pick for the Silk Road Stakes is Meikei Yell due to her fine performance in the G1 Sprinters Stakes. If she can transfer that form from October to late January, she is expected to win