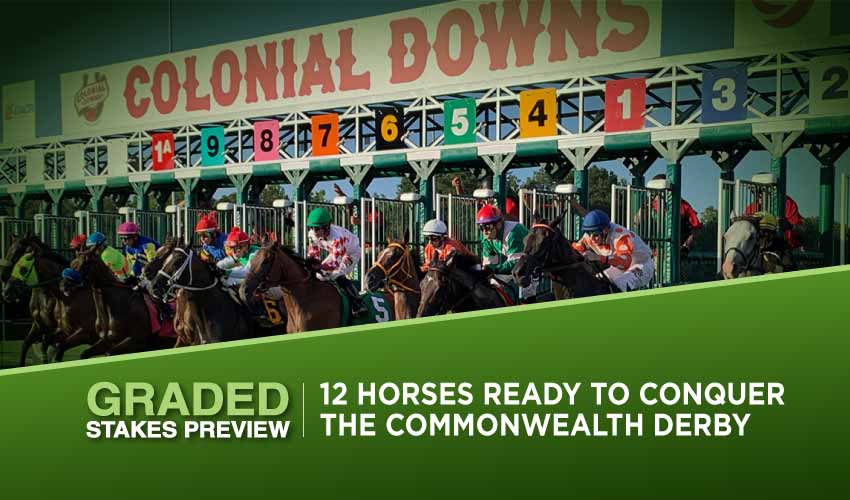 The purse of $250,000 is up for grabs in Tuesday’s New Kent County Virginia Derby (formerly known as the Commonwealth Derby) over a mile and a furlong. The G3 pinnacle of the card attracts 12 three-year-olds that are about to clash on the turf surface, while at first sight, the race seems like a rematch for the black-type Bald Eagle Derby, held at Pimlico on the 24th of July.

The top three from the mentioned race are heading also to Colonial Downs as Indian Lake (5-1) was victorious back then. This smart gelding trained by Jamie Ness has been busy as a two-year-old and so is in 2021, having 10 starts under his belt already. However, Daredevil’s son doesn’t seem to mind it because he has never finished below fourth place. Moreover, he scored four wins since February, including a claiming, two Allowance races, and last time out, he went gate-to-wire in Bald Eagle Derby over a mile and a half. Being quite eager, Indian Lake had to be held back; still, he had enough energy to stay clear of his rivals. A shorter distance shouldn’t be an issue, and as the colt is always trying his best, he is expected to fight for the win once again.

Although Experienced (7-2) finished second behind Indian Lake, he is supported even more for Tuesday’s race because at Pimlico; he hit the track only for the second time. After he just won his debut in June, he was the favourite for the Bold Eagle Derby, but trying to get close to the leader, he had to go wide in the turn and managed only second place.

This time, he might have better luck; still, gutsy Indian Lake probably won’t be an easy rival. Wootton Asset (5-1) grabbed third place in the aforementioned black-type race and wasn’t a match for the first two. However, he could benefit from the shorter distance.

Doug Matthews bound Draft Capital (15-1) is another respected participant, given he won four starts in a row. After two claiming races, he scored in two Allowance Optional Claiming races, while the last time out, he went from the fifth place for the first thanks to his fine turn-of-foot. Over the distance of a mile and ½ furlong, Draft Capital succeeded by four lengths and gave the impression that the bay should also perform well in this company as he seems to be a progressive specimen. Hidden Enemy (8-1) will find some fans, too, but needs to deliver a similar performance as in the G2 American Turf S, where he finished fourth. With just two starts, Search For Truth (8-1) is an inexperienced but interesting contestant as at Colonial Downs; he won a Maiden Special Weight over a mile and a furlong by 11 and ½ lengths.

Experienced seems to be a talented colt with a bright future ahead and gets the vote in this company; however, he still might find Indian Lake a tough rival. Search For Truth showed potential in his only two starts as well, while Draft Capital could spring an upset.