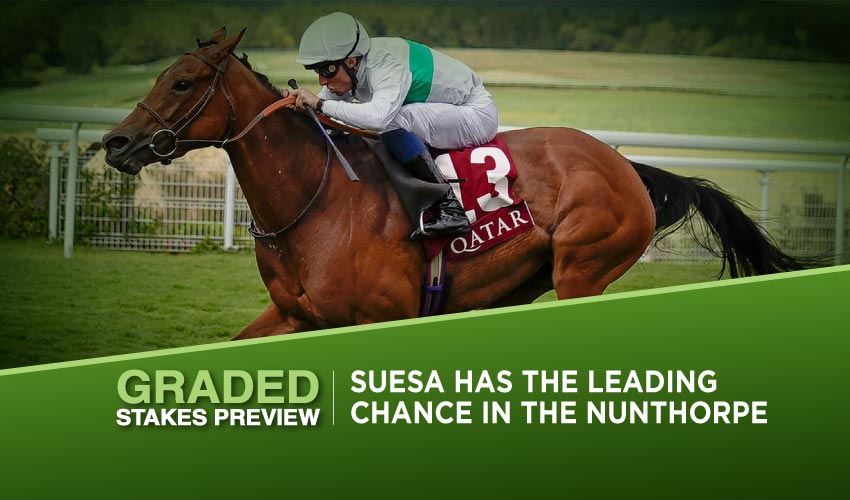 With Battaash being retired, Oxted injured and out for the season, and Glass Slippers aiming at Curragh, there are no older stars in the field of the Nunthorpe Stakes with £226,840 in the bank. The only exception might be Liberty Beach (17-1), but she didn’t fare in the last outings, so the attention is primarily at 3yo runners.

Despite the fact this Grade 1 turf race over 5f is open also to 2yo youngsters, only Chipotle (30-1), a Listed winner at Royal Ascot, takes the opportunity. It is true that the Eve Johnson Houghton trained bay colt was impressive back then, yet these horses might prove too though a challenge for him. Still, he will find his fans for sure.

Regarding the strong lot of three-year-olds, the pair of favorites doesn’t represent the United Kingdom or Ireland, but they are raiders from the US and France. Wesley Ward has celebrated several successes on the British Isles while Golden Pal (5-2) delivered second place in the last year’s G2 race at Royal Ascot. In Keeneland, he bagged a victory in G2 BC Juvenile Turf Sprint, and in July, he impressed at Saratoga by winning a G3 race over 5½f. He should appreciate the good ground at York, the distance is perfect for him, and with Frankie Dettori aboard, Golden Pal is likely to attack the victory at least.

But it probably won’t be that easy for him as Suesa (2-1) from France is another excellent young sprinter who, as a filly, is carrying less weight than colts. She has recorded only one loss throughout her career when underwhelming in the G1 Commonwealth Cup at Royal Ascot, but next time out, she didn’t give her rivals in the G2 King George Stakes a chance. Suesa might prefer a slightly softer ground than good, but the François Rohaut bound filly seems tough enough to overcome this inconvenience. She is in great shape, and if she performs well on the expected ground, she has the leading chance.

Dragon Symbol (6-1) and Winter Power (5-1) are others in the mix. The first one has run eight times since March and never finished worse than the second. His first four starts resulted in nice victories, and once he entered Group races, he always came second, including the G1 Commonwealth Cup, G1 July Cup, and G2 King George Stakes. Being such a promising prospect, he should run well again, yet he might find it rather challenging to keep his remarkable record. Winter Power is similarly independent on the state of the ground, but her only outing in the G1 company wasn’t a successful one as she was slow from the gate. Although she bagged just two Listed victories this year, one of them was at York as it seems the tracksuits her well. Moreover, when she goes from the front, she surely boasts some talent.

Odds to win the Nunthorpe Stakes

If SUESA handles the good ground, she is the one to catch Golden Pal. Dragon Symbol is also set for another respectable performance here, while Winter Power just needs to prove he belongs among the elite.

Follow us on Social Media for instant Nunthorpe Stakes updates!