Our weekly examination of the Kentucky Derby scene 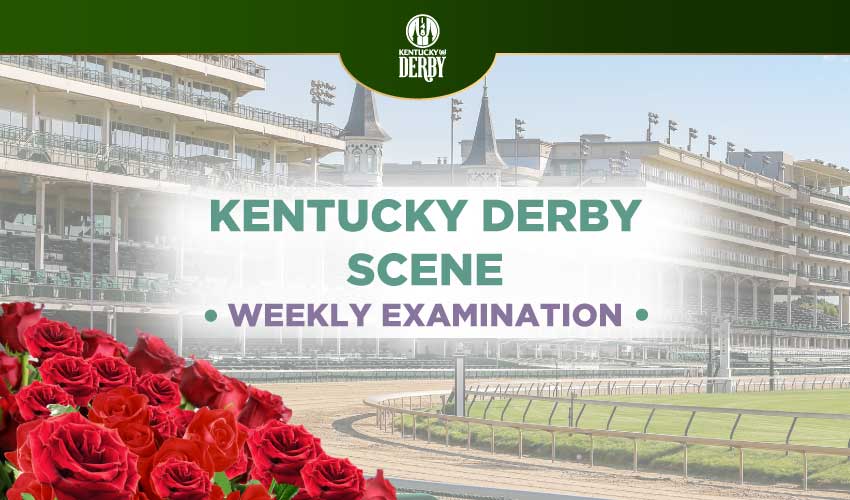 In our weekly examination of the Kentucky Derby scene, we look at the historical credentials of Derby winners in the light of the forthcoming major preps, put perspective on Tampa Bay Derby winner Classic Causeway, say goodbye to some former contenders and mark up a few new faces on the scene. There are no Derby preps at the weekend, but after that they come thick and fast as the big day at Churchill Downs approaches.

The ‘Road’ trip is almost over

We are reaching a critical stage on the Road to the Kentucky Derby, with a blank weekend followed by three weekends that will determine the make-up of the race and almost certainly provide the winner at Churchill Downs on May 7.

Examination of the records of Derby winners since 2000 reveals two important factors. All but two winners – the longshots Giacomo and Mine That Bird – finished first or second in their final prep run; and 11 winners had their final prep in either the Florida Derby or the Santa Anita Derby.

This shows that bettors should be looking for a horse with top-class recent form coming out of either Gulfstream Park or Santa Anita at the beginning of April. Good two-year-old form is secondary, as are preps between January and March. Basically, forget what you know, and get ready for what you’re about to discover.

We found out a little more at Tampa Bay Downs last weekend, when Classic Causeway (10-1) shot to the top of the RTKD points table with a comfortable success in the G2 Tampa Bay Derby, confirming his presence in the gate at Churchill Downs but not convincing everyone of his suitability.

It wasn’t the visual impression of the way he took the race in both hands and kept on strongly through the stretch to win by two and a half lengths, but the post-race debrief when he was allotted only a moderate speed figure, and when his final time compared unfavourably to winners at the same distance on the same day. Pundits have said that he isn’t fast enough to win a Derby, and of course they could be right.

An important point with speed figures is that they inform how fast a horse ran, not how fast he can run. Classic Causeway could be capable of much better, but on this occasion didn’t have to dig too deep to get the job done.

It’s certainly true that in the Derby he’ll face much greater competition for the lead from the likes of Forbidden Kingdom and Epicenter, and he’ll need to show plenty more in his final prep, which looks like being the G1 Blue Grass at Keeneland on April 9. But for now, he’s absolutely a legitimate contender for the Kentucky Derby, without necessarily being top of anyone’s list.

Tampa Bay Derby runner-up Grantham was always on the premises and kept grinding solidly away without ever looking likely to disrupt the winner’s progress. He’ll do better over further than this mile-sixteenth, and could be just the type for exotics players in the Kentucky Derby, although he’ll need to step up when he renews rivalry with Classic Causeway in the Blue Grass.

Third-placed Shipsational (50-1) was a little disappointing, and must find improvement in the G2 Wood Memorial at Aqueduct on April 9 to have anything other than a Hail Mary shot at the Kentucky Derby.

As we roll deeper into the ‘Road’, now and again we find horses coming off the trail for one reason or another. Nothing is certain, but these updates are very probable.

Champion juvenile filly Echo Zulu (50-1) is firmly booked for the Fair Grounds Oaks, and therefore won’t be in a position to collect any RTKD points. She’s out, as almost certainly is G3 Saudi Derby winner Pinehurst (33-1), who remains out east for the G1 UAE Derby at Meydan on March 26.

As Pinehurst is trained by Bob Baffert, he is ineligible for the 100-40-20-10 points breakdown in the UAE Derby, and even if he is switched to another trainer afterwards, such is the recovery period for horses returning from a shift in the desert that he won’t have time to try for any more RTKD points. He, like it appears for all Baffert trainees, is out too.

Giant Game and Major General ran badly in the Tampa Bay Derby and are right out of contention now, as is Commandperformance, who couldn’t dump his maiden tag at the fourth try at Tampa Bay Downs on Saturday.

But hello to you

There is always a horse or three making a late charge into the Derby picture, and this year Charge It (22-1) is one of the movers ahead of his stakes debut in the G1 Florida Derby at Gulfstream Park on April 2.

Todd Pletcher’s deep Derby challenge has taken a bit of a hit in recent weeks, but this Gulfstream maiden winner, who romped by eight and a half lengths over a mile last month, could go up alongside barnmate Mo Donegal if parlaying his reputation and morning workouts into big-league racetrack performance.

Another to watch is We The People (50-1), unbeaten in two after winning an Oaklawn Park allowance optional claimer by five lengths at the weekend, and reportedly heading for either the G1 Arkansas Derby at Oaklawn on April 2 or the Blue Grass at Keeneland a week later.

Finally, our old pal Cyberknife (50-1) is back on the trail after being on, then off following a dull effort in the G3 Lecomte at the Fair Grounds. He impressed when winning an allowance optional claimer at the same venue by three lengths and has reportedly regained his status as the apple of trainer Brad Cox’s eye. The Arkansas Derby will tell us a lot more.

Remaining RTKD races, with potential runners and their current points