Our Weekly Road to the Kentucky Derby review 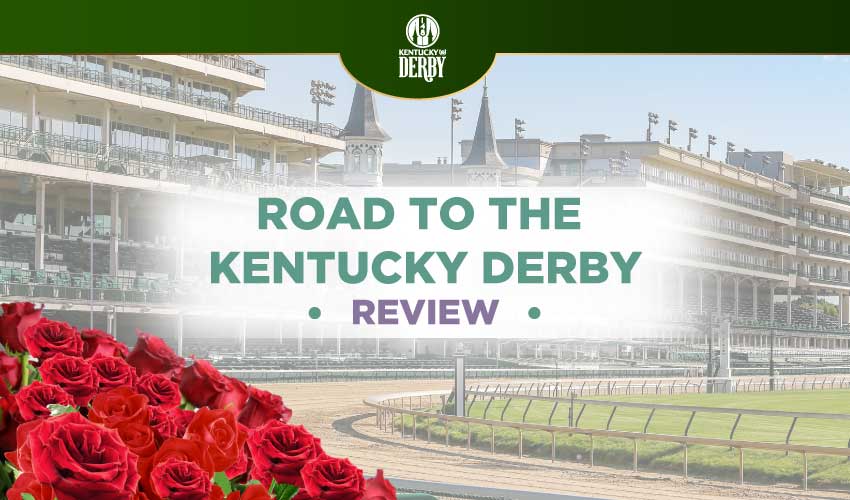 Here, in our weekly Road to the Kentucky Derby review, we look back at an inconclusive Rebel at Oaklawn Park, examine the credentials of a filly who could soon take on the colts, and look ahead to a big weekend of Derby preps with just two months between us and the big day at Churchill Downs.

Get ready for another upheaval in the Kentucky Derby future book, as Saturday’s Grade 2 Fountain of Youth at Gulfstream Park brings together half a dozen major players in the Triple Crown picture, and reputations will be burnished or blown apart.

So it goes with Un Ojo (25-1), who booked his place at Churchill Downs with a late thrust to win the Grade 2 Rebel at Oaklawn Park last weekend, springing a 75-1 shock and taking his points tally to 54, ranking him second among Derby prospects. He’s in, but can he win?

An assessment of the Rebel suggests that it was not a particularly strong contest, not on the same level as the previous weekend’s Risen Star or the forthcoming Fountain Of Youth. And just because a 75-1 shot wins a big race, it doesn’t automatically mean that his odds were wrong, and that he’s a neglected star in the making. It could mean that everything went right for him and wrong for everyone else; strange things happen between gate and wire.

Un Ojo clearly has ability, but odds-on favourite Newgrange (50-1) ran a shocker, second-choice Chasing Time (60-1) wasn’t much better, and it wasn’t a quick time over the mile-sixteenth. Un Ojo’s previous form was okay but not great – he was runner-up in the Grade 3 Withers, but the winner Early Voting was a class apart and something always has to finish second. Before that Un Ojo had won only a sprint maiden at Delta Downs.

It is probably safe to chalk this result up as ‘that’s racing’, to congratulate Un Ojo for making it to the big league but to look elsewhere for the pennant winner. There is also a possibility that the colt will be overbet by the sentimental brigade, once-a-year money raining in for the tough little horse with one eye, thus eliminating any value that might remain.

Rebel runner-up Ethereal Road (33-1) had the race stolen from him in the last few jumps, a solid effort on his stakes debut and one from which he should improve, but finishing a nose in front of Barber Road (40-1), who has hit the board in four stakes behind winners who are no longer on the Derby trail, does not a leading contender make.

The merit of the Rebel can probably be seen best in the fact that the stubborn trier Kavod, who is three-for-12 lifetime and zero-for-six in Graded stakes, was beaten just two lengths into fourth. Move on, move on, there’s nothing much to see here.

The outcome of the Grade 3 Honeybee on the Oaklawn Park undercard may be of greater significance, as the winner Secret Oath (35-1) bulldozed her rivals, skipping away through the stretch to win by seven and a half lengths. She may not have beaten very much, but you can’t argue with the way she did it.

Now she has been introduced into the Derby future book, although the ‘Road to the Kentucky Oaks’ points she earned in the Honeybee count for nothing towards the Derby, and she will have to win one of the big-points preps against colts to become a real contender. But look – she covered the mile-sixteenth in a faster time than Un Ojo, and trainer Wayne Lukas is pointing her towards the 100pt Grade 1 Arkansas Derby back at Oaklawn on April 2. She’s surely a better prospect than barnmate Ethereal Road.

What a story it would be if the old legend Lukas could have another Derby contender at the age of 86. And after all, he has already won the Derby with a filly – Winning Colors in 1988.

This weekend brings a blizzard of Kentucky Derby preps, with plenty of enlightenment and information to work with at the post-race breakdown. With three 50pt races on offer, there’ll be three more horses booking their slot in the ‘Roses’.

The Grade 2 Fountain of Youth at Gulfstream Park is an absolute barn-burner of a race, from which we will almost certainly get a new Derby favourite. There are six or seven horses high up in the future book taking each other on in Florida on Saturday, with current joint-favourite Mo Donegal (8-1) the morning-line choice, although at time of writing the Holy Bull third has not been confirmed as a certain starter.

Holy Bull runner-up Simplification (40-1) and eighth Giant Game (65-1), who has had a breathing operation since that dud effort, are again in opposition, while stakes debutants In Due Time (40-1) and Emmanuel (17-1) have big reputations to reinforce or relinquish. The race also marks the return to racecourse action of Grade 1 Claiborne Breeders’ Futurity winner Rattle N Roll (15-1) and Grade 2 Saratoga Special winner High Oak (35-1).

Up the east coast at Aqueduct the focus is on the Grade 3 Gotham, which looks like it could be an easy route to the Derby gate given the lack of depth in the field. Grade 3 winner Rockefeller – ineligible for Derby points – and stakes winner Morello take on a host of promising allowance and maiden winners in a race that may not require too much analysis in regard to Derby influence.

On the other side of the country, Forbidden Kingdom (17-1) stands out and stretches out in the Grade 2 San Felipe at Santa Anita, his credentials all the more convincing considering that he beat last week’s Saudi Derby winner Pinehurst by two and a quarter lengths in the San Vicente on his most recent start.

Whatever happens at Gulfstream, Santa Anita and Aqueduct, we’ll know an awful lot more after the weekend. Which is just as it should be.

Italics: horse assured of a run in the Kentucky Derby on RTKD points basis