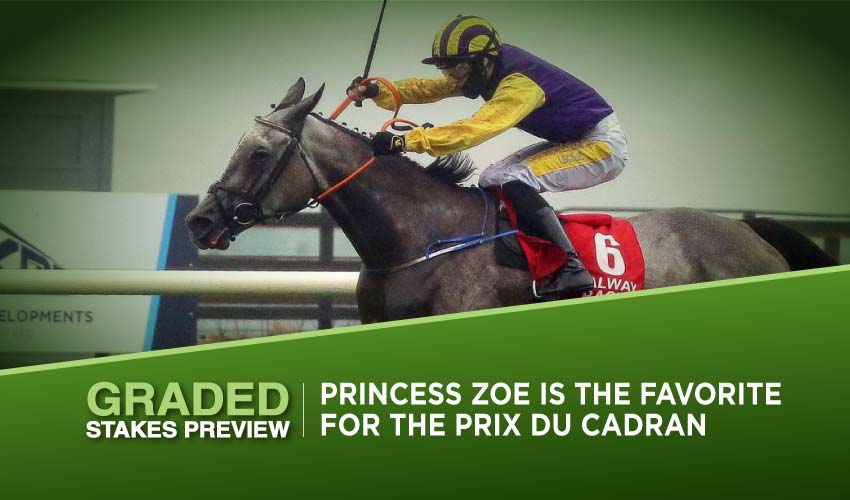 The pinnacle of the whole flat season in Europe is about to be launched this weekend at the Longchamp racecourse, France. The most anticipated races, including the Prix de l’Arc de Triomphe, are held on Sunday; still, Saturday’s card also provides some excellent G1 turf action, for example, a clash of high-class stayers Stradivarius, Trueshan, and Princess Zoe in the Prix du Cadran.

The turf test for top-notch stayers is held with the purse of €300,000 in 2021, while the G1 race at the distance of two miles and four furlongs is open to four-year-old and older horses.

The field of 13 participants contains quite a surprising element in seven-year-old Stradivarius (5-2) trained by John and Thady Gosden as the chestnut has always bypassed this race. There isn’t anything odd about that because the former star-stayer can handle the very soft ground, still, he’s always excelled at firmer surfaces. Therefore, as the meeting at Longchamp is usually run on heavy or soft ground, Stradivarius was instead pointed somewhere else. He may get a trip together with the deep surface; however, his best years are already behind him, so some of his rivals will probably be better on Saturday.

With all due respect to the brilliant stayer, Stradivarius is, he is going to face at least two participants that could be too much for him as both of them relish the soft conditions. One of them is Trueshan (9-4), the five-year-old gelding who didn’t resemble anything special in the past; however, he crept into the company of elite stayers when taking on more preferred horses in the G2 Long Distance Cup last October. Thanks to his efficient turn of foot, Trueshan escaped Search For A Song, while Stradivarius was well beaten back then.

The Alan King bound bay confirmed his class when finishing second to Japan in this year’s debut, and even though she didn’t fare in his next start, he successfully made amends in July when winning his first G1 race. As he omitted Ascot Gold Cup due to good ground, he was totally fresh for the Goodwood Cup, where he was basically uncatchable for all of his rivals. Given the expected conditions in Longchamp, Trueshan is the main favorite of the race; still, there is one question mark hanging above his head – the distance. Despite the fact he’s a great stayer, he’s never run further than over 2 miles.

Six-year-old mare Princess Zoe (2-1) completes the trio of leading chances. The story of Anthony Mullins’ charge is a perfect example of rags to riches story as the grey was born in Germany where she was treading water with small handicaps. Once she was bought and brought to Ireland, she also was pointed to smaller races at first, but because she absolutely adored running on soft ground at the Galway racecourse; she quickly gained not only respect but she also achieved a Listed victory, upon which her connections opted for a bold move – they sent Princess Zoe over the channel to Longchamp as they were sure their mare was good enough to win the Prix du Cadran. And she was. She outstayed all of her rivals and won by half of a length on the heavy ground. Although Princess Zoe hasn’t succeeded since, she was second in the Ascot Gold Cup behind Subjectivist, and last time out, she came second to Twilight Payment in a G2 race.

In terms of the local contestants, Skazino (12-1) won a G2 race last time out, while Bubble Smart (11-1) scored a G3 event, while both of the races are considered trials for the Prix du Cadran. Still, neither of these two seems to be as classy stayers as the trio mentioned above.

The second G1 race of the afternoon offers the purse of €300,000, and while being held at a distance of a mile and 6 furlongs, it is open to three-year-old and older fillies and mares.

On the turf surface, Valia (3-2) is the leading chance in the field of 11 participants as she has been a G1 winner in the making for two years. The four-year-old bay trained by Alain de Royer-Dupre displayed her class last year by succeeding in the G3 and G2 companies. Even though she failed to shine in the Prix Vermeille, she relished a longer distance and a soft ground at the end of the season when taking second place in the G1 Prix Roya-Oak. The smart filly then started the new season with second place in a G2, which was followed by her second triumph on the G2 scene; however, she managed only third place last time out. Still, the race was too short for her, moreover, held on a good to the soft surface. Valia should definitely benefit from Saturday’s ground unlike some of her rivals with an exception in one of the fillies who bettered Valia in her last start – three-year-old Joie de Soir (7-2) who doesn’t mind the conditions at all. Once again, she should be the biggest threat to the favorite given she is unexposed and still progressive; she is yet to try such a long trip though.

Besides the mentioned duo of French fillies, there are also guests from the British Isles, namely Passion (11-1) trained by Aidan O’Brien. The four-year-old bay was a very consistent servant last year. However, she has never really shined at any distance or a level; moreover, she hasn’t shown anything special in her only two starts in the season 2021. Passion shouldn’t be discarded, though, as she handles not only the trip but also the heavy ground. Loving Dream (13-2) would have also been in the mix hadn’t she won the G2 Ribblesdale Stakes on anything but the firm ground, plus the competition she left behind doesn’t seem really strong. Believe in Love (10-1) managed to win on softer ground last year, but she failed to reproduce the performance in the next outings, while Yesyes (11-1) is set to face such powerful rivals as Valia for the first time. She seems talented enough not to be utterly outclassed here, though.